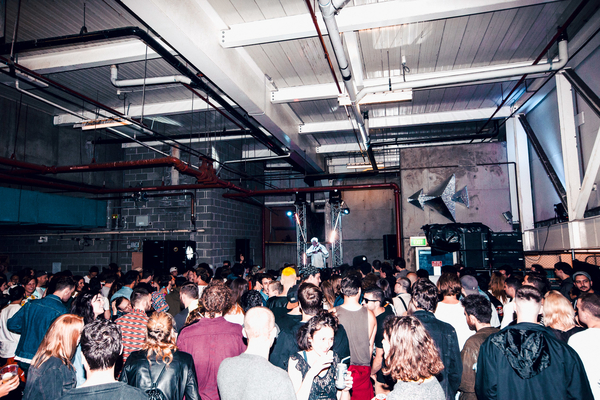 The carpark of ibis Sydney Darling Harbour was the secret venue for Astral People, one of Australia's hottest music management group's fourth birthday extravaganza, which saw eight of the nation's biggest emerging artists perform in front of over 600 revellers.

Part of a series of music and youth focused initiatives for ibis Hotels around the country including a range of partnerships with local industry, in-hotel music streaming offering, a dedicated music content platform by way of IbisPLAY which contains gig info, music news, giveaways and special offers for the music fan, the secret event drew in an impressive crowd as people danced well into the evening.

General Manager for ibis Sydney Darling Harbour, Hayden Hughes said “the secret event was a huge success and it was fantastic to see so many young people enjoying themselves – in the carpark no less, dancing to the music produced from some of the finest up and coming artists in Australia. This is the first time we have put on an event such as this and it is great to be able to tap into a market which we previously haven't explored.”

Bridie Commerford, Vice President of Marketing and Communications for AccorHotels Pacific said  “ibis Hotels have worked incredibly hard to develop an offering that today's young music fans will enjoy, and supporting events such as this and the Australian music scene is important for us. We want to support the local industry by working with select partners in using our locations for varying and exclusive events offering music fans something truly unique.”

With performances scheduled throughout the day, the line-up featured some of Australia's most credible emerging live acts including Melbourne's GL, Cassius Select, Collarbones, Moon Holiday, alongside renowned DJ's Mike Who, Ben Fester, Preacha and a string of others.

Upcoming underground gigs hosted at ibis hotels around Australia are scheduled for the rest of the year. To find out more head to www.ibisplay.com