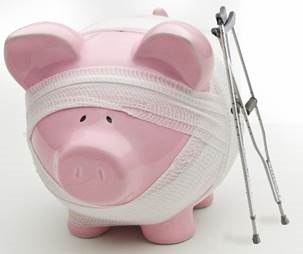 Requiring an ambulance can be a very stressful experience, even without the shock of being charged expensive ambulance bills afterwards. Because of the price and complexity of the rules relating to different states’ ambulance fees, it is important to ensure that you have adequate health insurance coverage.

Ambulance costs are not covered by Medicare in Australia, so patients needing an ambulance can face large bills of hundreds - or thousands - of dollars.

The potential expense associated with using an ambulance can be rather complicated, as different rules apply across different Australian States and Territories.

Cost of Ambulance Services Without Insurance

Without State Cover or Health Insurance, Ambulance Cover, the cost of using ambulance services is considerable.

In Victoria, for the Melbourne metropolitan area, the cost of an emergency ambulance call-out is $120.

In New South Wales, ambulance call-out costs $372, plus a fee of $3.35 per kilometre travelled.

Fees are considerably higher for people that aren’t residents of New South Wales.

The cost of an emergency ambulance in Western Australia is $949.

Tasmanian residents are not charged for the use of ambulance services.

Likewise, Queensland covers any bills for ambulance services for its residents.

This includes ambulance fees from other states in Australia.

The Australian Capital Territory charges $936 for ambulance services, and $12 per kilometre outside of the ACT.

The Northern Territory has a call-out fee of $600-800, and a per-kilometre callout fee. St John Ambulance NT’s website indicates that emergency ambulance services typically cost between $745 - 1000

The above prices are for road emergency ambulance services only. Each State, SA, NSW, Qld, Vic has its own pricing for Ambulance Cover.

People who are not covered by insurance or ambulance membership - or are outside of their home state and unaware of the price of calling an ambulance – could face an large bill, which can be stressful, especially as often unexpected.

Some State Governments cover the costs of ambulance services for residents of their state, with reciprocal arrangements offered to those people in some other states, while other states offer no government coverage, and bills are passed on to patients who do not have ambulance cover.

In those states and territories, patients who don’t have ambulance cover as part of their private health insurance are charged a bill if they require an ambulance.

Though you may be covered in one or more states, you may have no coverage at all in other parts of the country, potentially leaving you open to being charged large ambulance bills.

These variations between states can be confusing and not easy to understand, but including the right ambulance cover in your health insurance plan is an option and will remove the risk of a surprise bill after using an ambulance service.

Our Australia-wide ambulance cover makes these variations across the country a lot simpler to manage, as it provides cover for all the States and territories, regardless of the different systems their ambulance services operate within.

iSelect can offer comprehensive ambulance cover Australia wide*, thanks to some of the health funds we deal with.

Separate ambulance cover could cost $44 for an individual and $88 per year for a family.

Including ambulance cover within your health insurance may save you money and stress and should ensure that you are covered in case of an emergency, wherever you are within Australia.

For more information on the different types of Extras Cover, call 13 19 20.

*The provision of ambulance cover when using ambulance services will be subject to the terms and conditions of your policy.