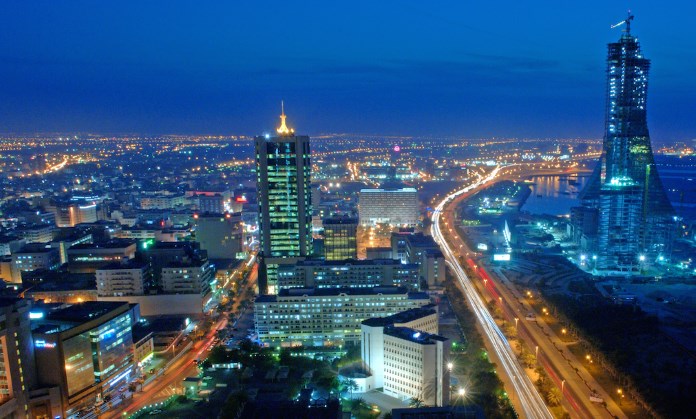 The Gulf Cooperation Council (GCC) region has been going through some pivotal revolutionary shifts in its socioeconomic norms in the last few years; and the exhibitions and events that the GCC countries hosted and are still hosting play a major role in those changes, especially the properties’ exhibitions.

This is mainly due to these exhibitions’ abilities to attract local, regional, and international investors to the vibrant real estate market of the GCC region which has been one of the most vital economic sectors of the region.

In addition to that, the GCC real estate market has been subject to increasing interest recently as many of the GCC countries have announced mega future city projects that aim at supporting the region’s economy and affirming its importance as the crossroads of some of the most important trade routes of the world. Such projects included the transnational Neom City and Qiddiya City in Kingdom of Saudi Arabia and Silk City in Kuwait.

However, the real estate market of Bahrain comes as one of the most intriguing markets of the region. It could attract multiple investors due to many reasons including the exhibitions and events that Bahrain host in addition to the initiatives, programs, and policies that are being adopted and launched by the Bahraini government like Real Estate Regulations Authority (RERA) which has been launched last March to regulate and oversee the procedures and transactions of renting, selling and buying properties in Bahrain. At the top of the list of these exhibitions and initiatives comes the Bahrain International Properties’ Exhibition, also known as BIPEX.

An annual non-profit event, BIPEX is organized by Bahrain Society of Engineers. The first edition of the event took place in 2004; after that, and over almost a decade and a half, it has been evolving one edition after the other to become the most anticipated annual properties show in Bahrain. This success was reflected the most in the 10th edition of the event which was held in last October as it was attended by 65 key local and international investors to showcase more than 100 projects with a value that exceeded the $20bn mark.

For example, Haven Real Estate, the Bahrain-based developer, participated in the event for the first time in this edition as one of its sponsors to promote its Sama Villa Complex which comprises 14 luxurious 3-storey villas and Sama Views Tower, a residential seafront tower which comprises 60 serviced residential units.

However, the most notable participation was that of Diyar Al Muharraq who were showcasing commercial and residential land pieces in their eponymous master development; the developer made an exclusive unprecedented offer to the exhibition visitors that Diyar Al Muharraq will handle the land registration fees for the pieces of land the visitors purchase in the exhibition.

Additionally, in the current year, BIPEX forum series has been launched with the purpose of facilitating the communications between the investors, developers, professionals and all of the stakeholders of the Bahraini real estate market.

The first edition of the series carried the theme of “Building Communities, Developing Bahrain;” and the main focus of the discussions and the activities of the event was the development of the sections that are necessary to build any society: education, healthcare, housing, and transportation.

It is also worth mentioning that the 11th edition of the exhibition has been announced lately, and it will take place from the first till the third of the next November in Bahrain International Exhibition and Convention Center. The gross value of the participating projects this year is expected to reach $30bn with the participation of more than 60 property developers, while the focus of this edition will be on the importance of the diversification of the economic activities of Bahrain through showcasing the accomplishments that were made in the sectors of real estate, infrastructure and entertainment facilities.

All of this supports BIPEX’s rank as the most important annual properties exhibitions that takes place in Bahrain. It is safe to predict that this event will play a major role in the economic transformation that Bahrain is going through right now which is expected to increase and accelerate through the few upcoming years.