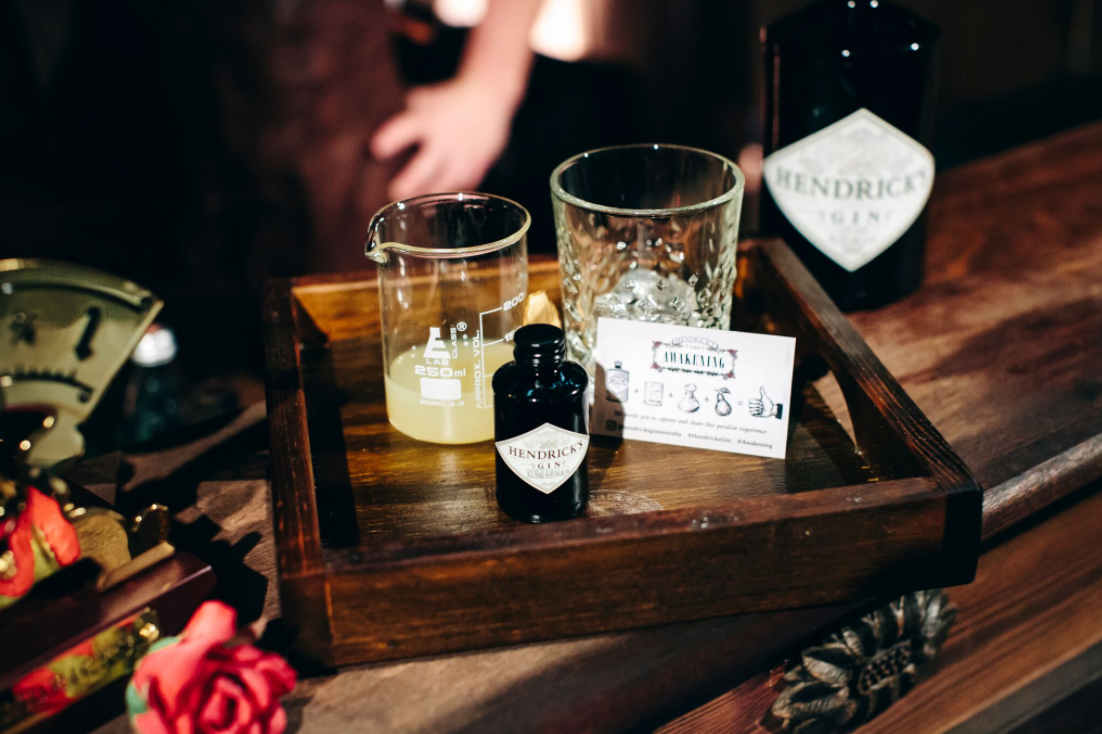 The second Saturday in June is the most important day of the year, because this blessed occasion marks World Gin Day, when rebels, prophets and apothecaries join in roguish revels to celebrate all that is Gin. Among this group are the peculiar people of Hendrick’s Gin, whose history is just as defined by imagination as it is by luck.

Some time ago and on somewhat of a whim, the Great Grandson of Mr. William Grant purchased at auction two unusual stills, and it was a full thirty-three years before he actually determined what precisely to do with these peculiar contraptions. He later enlisted Ms. Lesley Gracie in his eccentric quest, and together they achieved ‘a peculiar sort of deliciousness’ by firing up the two very different antique stills with an odd symphony of botanicals, further enlivened with infusions of cucumber and rose. Against all odds, they concocted the unusual perfection that became known as Hendrick’s Gin.

These days, Morgan Flanagan (Hendrick’s Gin Brand Ambassador) is the gentleman enlisted with telling this story to anyone who will listen. To celebrate World Gin Day on June 10, Mr. Flanagan shares a delightfully unusual video that delves into the world of Hendrick’s Gin via ‘The Awakening’, a recent immersive experience that saw participants embark on a most unusual and interactive hour-long theatrical journey of the body and the mind.

Designed to reawaken our natural spirit and curiosity, the experience has come at a time where our senses have been dulled by the devices in our hands and pockets. ‘The Awakening’ also featured Hendrick’s favourite tipple for winter, Hot Gin Punch, which will be served at bars throughout the country during July and August:

And for those obsessed by the liquid, Morgan offers these seven things you (probably) didn’t know about gin and the wondrous berry that makes it - juniper:

William Grant & Sons, Ltd. is an independent distiller founded by William Grant in 1887. Today, the luxury spirits company is run by the fifth generation of his family and distils some of the world’s leading brands of Scotch whisky, including Glenfiddich®, The Balvenie® range of handcrafted single malts and Scotch Grant’s® as well as other iconic spirits brands such as Hendrick’s® Gin and Sailor Jerry®.