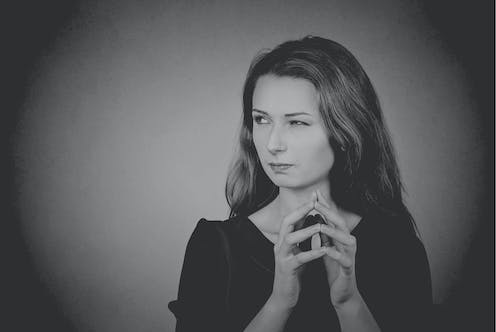 Behavioural differences in female psychopaths could cause them to slip under society’s radar.from shutterstock.com

Hear the word psychopath and most of us think of violent, dominant men. There are lots of male psychopathic monsters from movies to illustrate this point. Think Alex in A Clockwork Orange, or Patrick Bateman in American Psycho.

But we do have some female examples: Annie Wilkes in Misery, and who could forget Alex Forrest’s bunny-boiling character in Fatal Attraction? These frightening fictional femme fatales stay with us – I’ve heard the term “bunny boiler” used to signify a woman behaving irrationally and violently – but they are unusual. We largely expect psychopaths to be men.

Research indicates there are likely to be fewer female psychopaths than male. This may well be true. However, a compounding factor leading to the underestimation of the true occurrence rate of psychopathy in women could be behavioural differences that cause them to slip under society’s radar. This is important to acknowledge as female psychopaths can be just as dangerous as their male counterparts.

Psychopathy is a personality disorder characterised by a number of abnormal behavioural traits and emotional responses. These include lack of empathy, guilt or remorse, and being manipulative and deceitful. People with psychopathy are often irresponsible and have a disregard for laws or social conventions.

Psychopaths often get away with these behaviours because they can be superficially quite charming. They are true observers of human behaviour, often being able to mimic love, fear, remorse and other emotions well enough to go undetected.

Current thinking suggests psychopaths’ behaviour patterns result from variations in the structure of their brains at birth. A recent study from Harvard University indicated their brains are wired in a way that can lead to violent or dangerous actions.

Researchers used MRI scans to determine if activity and connections between areas of the brain associated with impulsivity and assessing the value of choices differed between those who scored highly for psychopathy and those who didn’t. The scans showed psychopaths make more short-sighted, impulsive decisions based on short-term gain, when compared to non-psychopaths, and that it is the structure of their brains that leads them to make these kinds of poor decisions.

Add this to their lack of empathy and it means if violence or dangerous behaviour will help a psychopath achieve a short-term goal, that is the path they will take. There is also evidence genetics are at least partly responsible for the development of psychopathic traits. In essence, psychopaths are born, not made.

Read more: Psychopaths versus sociopaths – what is the difference?

Certain case studies show how women psychopaths present in the real world. “Amy” is a 20-year-old female serving a life sentence for murder. She has been diagnosed with antisocial personality disorder with psychopathic traits.

Amy fits the description of having extreme psychopathic tendencies. She was showing antisocial behaviour in her teens, including running away from home and engaging in substance abuse. Before her conviction for murder, Amy had numerous convictions for fraud and assault.

The authors who assessed her case described Amy as deceitful and boastful, with a strong sense of self-entitlement. She was also described as having an extreme lack of empathy and remorse, while taking no responsibility for her actions.

Amy is physically and verbally violent to those around her, preying on vulnerable prisoners through bullying behaviours. Perhaps most striking is that Amy is noted to be very domineering, predominantly seeking power and control over others, sometimes using sexual charm to get what she wants. 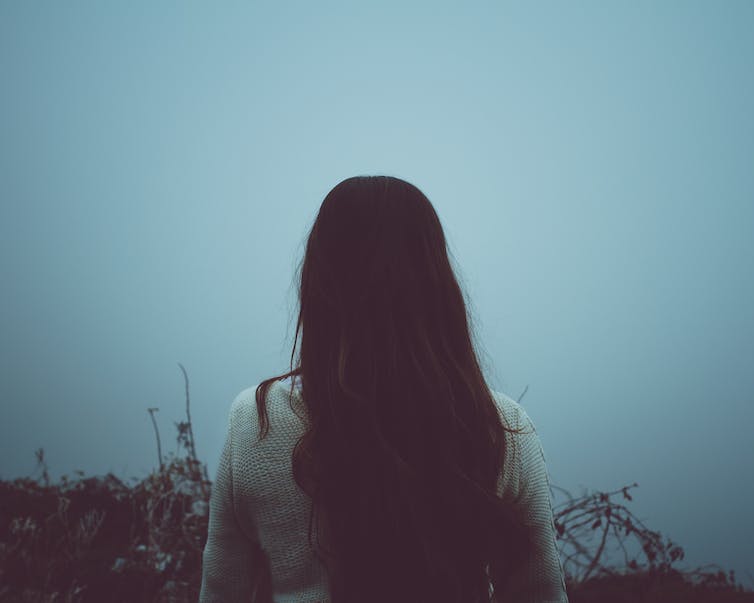 Female psychopaths seem to be more hidden than their male counterparts.from shutterstock.com

Research, limited though it is, suggests female psychopaths are manipulative and controlling, cunning, deceitful, don’t take responsibility for their actions, are exploitative and, of course, they lack empathy. Studies of incarcerated women suggest psychopathic females commit crimes at a younger age compared to women without psychopathic traits.

They can have a history of being bullied and their behavioural traits tend to develop (or at least express themselves) in their teenage years.

Female psychopaths commit crimes across multiple categories – robbery, drug crimes, assault. Other female inmates largely have only one offence type in their history. And psychopathic offenders’ crimes are more often motivated by power, dominance or personal gain than for non-psychopathic females. Female psychopaths are also more likely to repeat-offend than those without psychopathic tendencies.

Read more: What is empathy and why do we need it?

Many of these traits apply to male psychopaths too. But there are differences. In terms of occurrence rates, studies show female inmates with psychopathy make up 11-17% of the overall prison population, compared to their male counterparts at 25-30%.

This may be because female psychopaths are likely to be more relationally or verbally aggressive than physically violent, and therefore commit less violent crimes than male psychopaths. This might help explain the initially surprising fact that women with psychopathy are found to be less likely to commit murder than non-psychopathic women.

Female psychopaths can also be jealous and parasitic, meaning they feel entitled to live off other people, using threat and coercion to get support.

So, while female psychopaths are not all like Glenn Close’s character in Fatal Attraction, they certainly exist and can be as violent, cunning and calculated as their male counterparts. But they more often express their psychopathy in more covert and manipulative ways, meaning their true natures are rarely identified.

Xanthe Mallett does not work for, consult, own shares in or receive funding from any company or organization that would benefit from this article, and has disclosed no relevant affiliations beyond their academic appointment.