News emerged this week former AFL footballer Danny Frawley was suffering from a brain disease called CTE when he died last year, according to reports received by the Victorian Coroner.

Chronic traumatic encephalopathy, or CTE, refers to changes in the brain that have been linked to repeated blows to the head, sometimes seen in former players of sports such as rugby and Australian and American football codes. It’s believed these changes relate to an abnormal buildup of a protein called “tau” in the brain, which can damage brain cells.

Frawley’s is the second confirmed case of CTE in a former AFL player, while two former NRL players are also thought to have had the condition.

CTE has prompted concern among the media and public, and researchers still don’t fully understand the condition. It is not yet clear whether CTE is directly caused by repeated hits to the head, as the condition has also been found in people with no known history of repetitive brain trauma.

There’s been a big increase in research on the topic over the past decade, which will hopefully teach us more about the condition and its possible treatments. But this will only happen if more funding is given to scientists to study it.

What are the symptoms?

The prevalence of CTE is unknown. Although it’s believed to be more common in athletes who suffer repeated head injuries, there has been no rigorous epidemiological study to confirm this claim. This may be because there’s no consensus on how to diagnose it while someone is alive – CTE can currently only be diagnosed retrospectively via an autopsy of brain tissue.

What’s more, the symptoms attributed to CTE are common in the general population, and are not specific to the condition. They range from mental health issues such as depression and anxiety, to substance abuse, suicidal behaviour, and even marital problems.

Proponents of CTE argue it’s a distinct neurodegenerative disease, separate from conditions such as Alzheimer’s. But other researchers say the brain changes in CTE are not unique, not necessarily progressive, and not specific to people exposed to repeated brain injury. 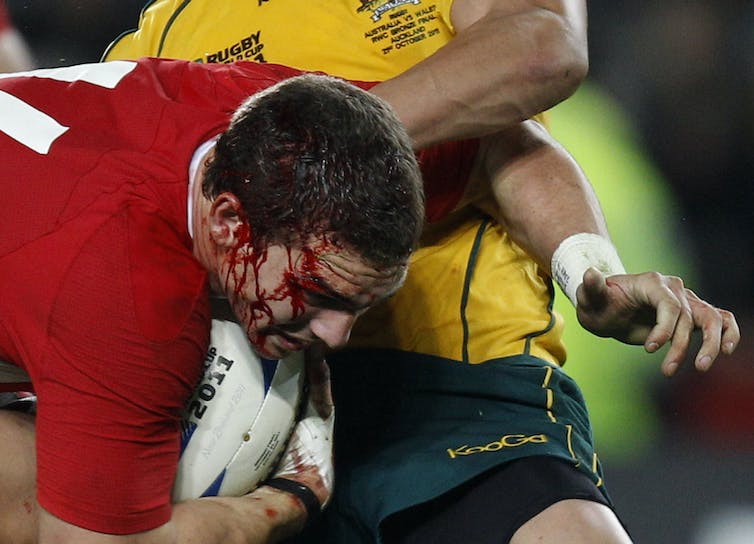 CTE is believed to occur in people who’ve had repeated head knocks over their lifetime. Dita Alangkara/AP/AAP

Where is the research up to?

Significant strides have been made in developing tools that may help diagnose or predict CTE in living people. These include brain imaging methods that might allow for the early detection of the specific tau changes believed to occur in the condition. Other research has focused on identifying genetic factors that may make some individuals more susceptible to CTE.

Scientists have also been investigating potential treatments, both for the symptoms and the underlying biological causes of CTE. For example, our laboratory at Monash University’s Department of Neuroscience has found a drug called sodium selenate can reduce the amount of abnormal forms of tau. This drug is currently in clinical trials for Alzheimer’s and another condition called frontotemporal dementia. It has also been shown to reduce the extent of cognitive deficits in rodents with repeated mild brain trauma.

Concussions can be devastating, even without CTE

While Frawley’s tragic death has renewed the focus on CTE, it’s important to recognise there are other devastating neurological complications that may be more likely to result from repetitive head injury. In particular, the risk of suffering from persistent post-concussion symptoms such headache, dizziness, and fatigue appears to be significantly greater in people with a history of multiple concussions.

Risk of these symptoms persisting after a concussion appears to be particularly high if repeat concussions happen in short succession. Some researchers think the recently concussed brain may have a “window of increased vulnerability” to repeated concussion. However, the length of time, and the underlying biological causes, of this vulnerable period are not yet well understood.

Read more: For an unlucky 10% of people with concussion, the symptoms may be long-lasting

In sport, this creates a lot of uncertainty around when it’s OK for a previously concussed athlete to resume playing. Caution around allowing players to get back on the field is increasingly appreciated in some sporting codes, conveyed in the widely touted “when in doubt, sit them out” message. 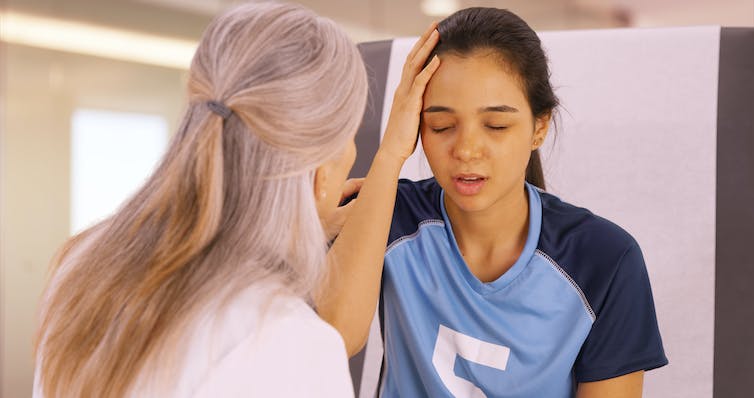 How long is long enough? Researchers are working on ways to identify when it’s safe for players to return to sport after a concussion. Shutterstock

But what we don’t know yet is, for how long? In attempt to shed some light on this, our laboratory is investigating how new blood and MRI tests may be able to objectively indicate when the brain has recovered from concussion and is no longer in a vulnerable state, thereby allowing previously concussed athletes to resume playing.

In the meantime, we must use the current knowledge available to manage the risks from blows to the head. Many sports have implemented rule changes in an attempt to decrease the risk of brain injury, which is welcome. Some people have gone further, advocating for participation in collision or contact sports to be banned to prevent CTE.

Read more: Sports coaches need to be educated about concussion to keep players safe on the field

But when considering this option, it’s important to emphasise evidence of CTE in people with no known history of repetitive brain trauma or collision sport participation. Further, there are many health benefits to participating in sport. In fact, exercise is considered a promising treatment strategy for both concussion and neurodegenerative disorders.

While we wait for further discoveries about CTE, it’s important to carefully weigh the known negatives and positives of sport participation. The interaction between physical activity and brain health is complex; we cannot ignore the problem of repeated brain trauma in sports, but stopping participation in all contact sports will also not lead to optimal brain health.

Making informed, evidence-based decisions about risk and benefit needs to rely on objective data (of which we need much more) rather than media hype.