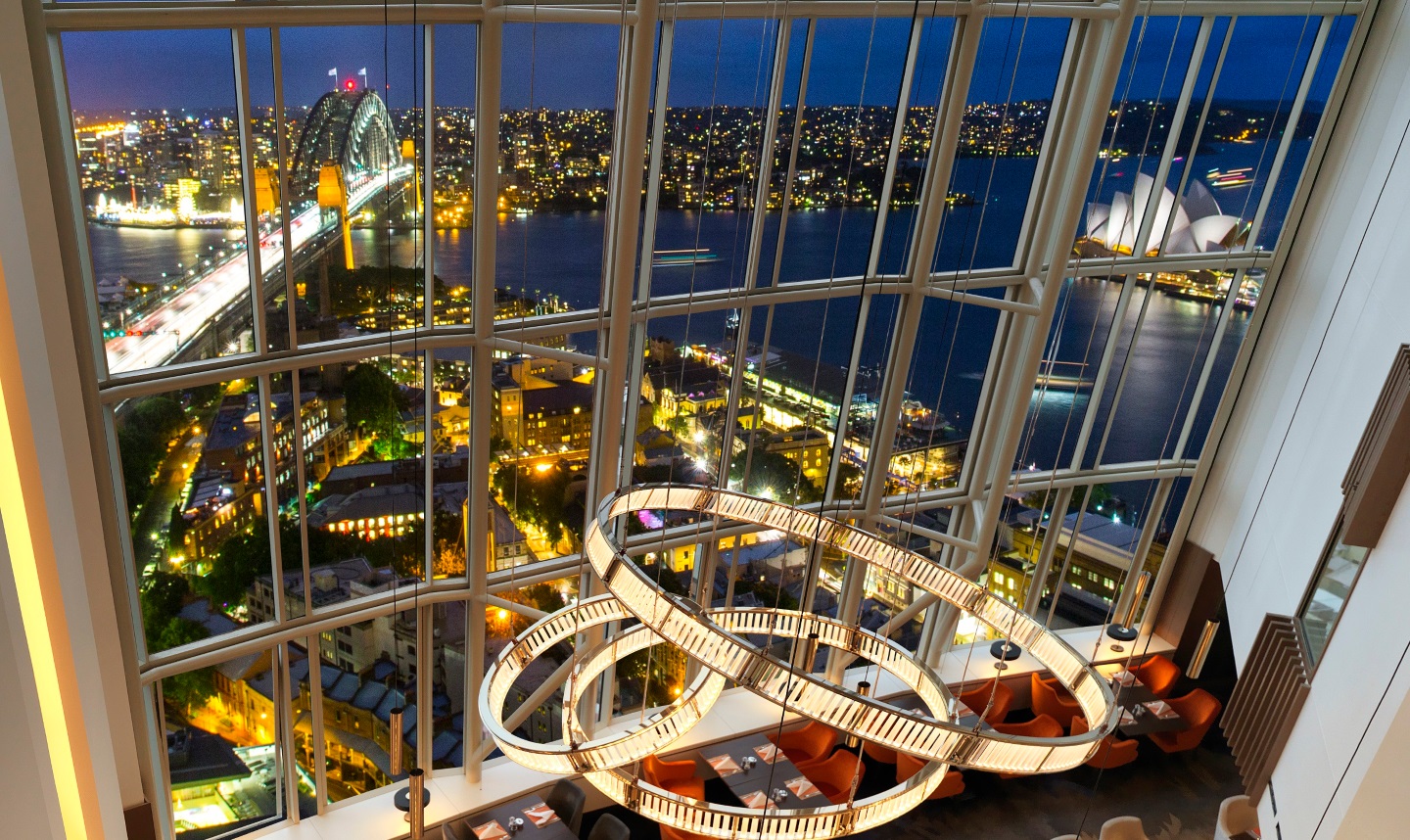 The hotel took top gong for Redeveloped Hotel of the Year, Health Club and Spa Facilities of the Year and Engineer of the Year, against a record 281 nominations from 67 top accommodation venues in NSW across more than 30 award categories. More than 700 people celebrated at the industry gala, which showcased the best of NSW's tourism and accommodation industry.

Shangri-La Hotel, Sydney took home the award for Redeveloped Hotel of the Year for the extraordinary $9 million refurbishment of 90 of its premium hotel rooms and its club lounge, Horizon Club, which was unveiled in November 2014.

Grace Lei Guo, director of Sydney design firm Stack Studio, based the design of the club lounge, with its magnificent sweeping views of Sydney Harbour, on that of a lighthouse sitting at the head of the harbour foreshore.

A huge LED brass light installation forms a stunning focal point and its glow can be seen from many points of the Sydney Harbour foreshore.

The proud achievement was the culmination of many months of hard work for the hotel's director of engineering, Anura Yapa, who won the Engineer of the Year Award.

Mr Yapa, whose 32 year engineering career includes 19 years in hotel engineering, project managed the refurbishment as well as the hotel's ballroom renovation in 2013 and he has overseen huge improvements to sustainability efforts at the hotel.