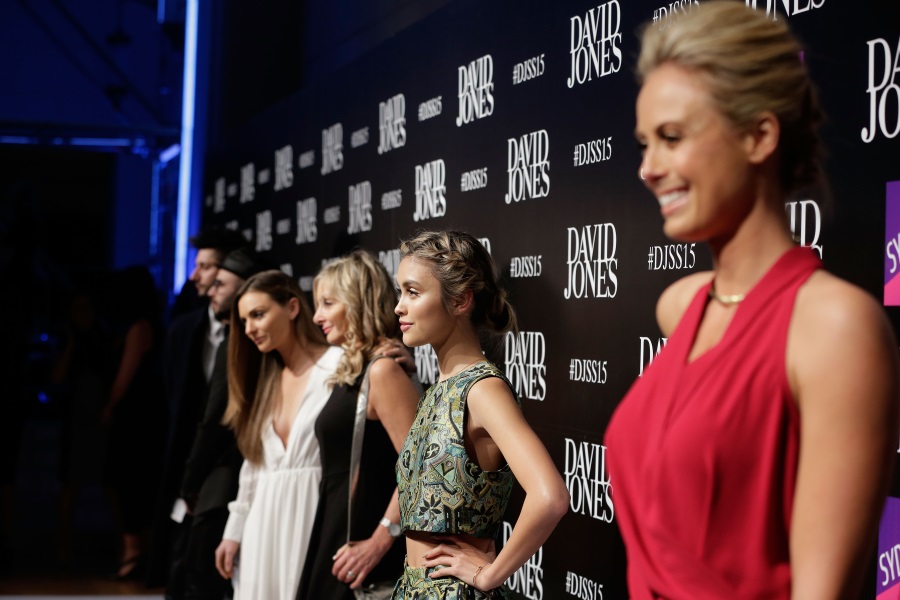 David Jones will reveal their spring summer 2015 fashion launch on the 5th August in a concept and setting that will reflect the recently released campaign, 'Shot By Sound', featuring Daniel Johns. Guests can expect an auditory and overall sensory experience unlike anything David Jones has showcased before, with Johns set to perform at the much anticipated event and Ambassadors; Jessica Gomes, Jason Dundas and Montana Cox all to appear on the catwalk.


The event will be held On Seven at David Jones, and once entering the historic room, guests will be transported into a dramatic space with event creative transforming the spectacular venue into a set up complete with construction-style rigging and LED lighting.


Spring summer at David Jones is a season about fashion, about creativity, and about how amazing they can make us feel.

JETS has claimed the coveted closing position, with both the men's and women's collections being showcased as the finale for the show. JETS will showcase 14 looks of their James Bond inspired SS15 collection.

David Jones has a strong heritage of discovering new talent and this continues to be true this season with David Jones filling its runway with up and coming 'faces to watch' including Kawani Prenter and Jessica Thomas who has recently appeared on Australia's Next Top Model.


Supermodel Gigi Hadid will be a star guest at the event. Gigi is in town for duties relating to Guess and will be sitting front row with her friend, Australian Leah McCarthy to view the new season collections.


The makeup this season is from Shu Uemura. The cult makeup brand will be used on models under the vision of Director of Makeup Artistry, Mr Yuji Asano. Both of the makeup looks are designed for a summer ready look, with an edge. The first look is summery and dewy make-up with glistening skin that speaks of a hot summer's day and the second look will still have a dewy feel but with less focus on gloss components.


Partnering again with Aveda & led by Terry Robertson-Kirkwood, two custom and very classic David Jones looks have been created including one look that is younger and modern, a loose and sexy blow dry with minimal product and maximum movement and the second look is a low ponytail with glossed front and dry finished back that will be transformed into a wet look for the show's finale.

The incredible food on offer will be accompanied by Bollinger champagne and cocktails including; 'The Roadie', 'The Skater' and 'City Groove' that have been concocted to reflect the musical elements of this season's show.


With an opening performance by the enigmatic Daniel Johns, who will be performing the track We Are Golden from the acclaimed new album TALK, David Jones' music director Johnny Seymour will also be again bringing the showcase to life this season with an eclectic mix of globally recognised sounds, custom mixed for the runway. This season features a thematic playlist to compliment Daniel Johns' sensational collaboration with David Jones. Featuring innovative Australian artists such as Rüfüs, Gypsy & The Cat, Client Liason and an exclusive remix of Ngaiire (from Daniel's long term collaborator Paul Mac) to strong female futurists such as Grimes and FKA Twigs as well as some reworking of classics from heritage acts such as David Bowie, Led Zeppelin, The Cure and Madonna.