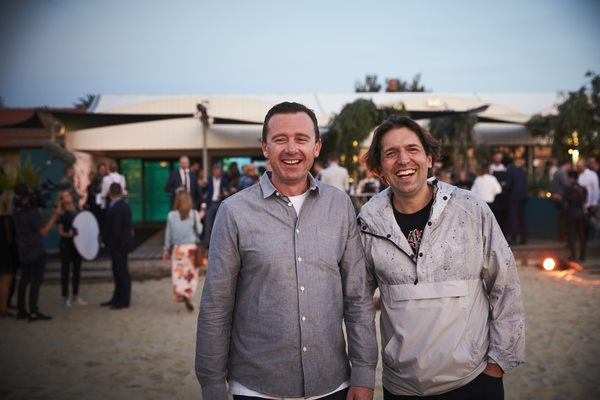 The latest phase of the Restaurant Australia campaign – Tourism Australia's recent hosting of The World's 50 Best Restaurants awards – is already delivering results for tourism, leaving a lasting impression on the 250 international chefs and media who attended the official event program and enjoyed exceptional food and wine experiences across the country.

Australia was only the second destination outside of London to host The World's 50 Best Restaurants. Tourism Australia worked closely with event organisers William Reed Business Media on the official event program of 11 events, which ran from 1-8 April, as well as with host state Visit Victoria and all other State and Territory Organisations to deliver a hosted national famil program.

Showcasing Australia's outstanding food and wine culture, the events left a strong and lasting impression on the international audience of chefs, restaurateurs, winemakers, sommeliers and media, generating some positive results for tourism including:

Federal Minister for Trade, Tourism and Investment, the Hon Steven Ciobo MP said: “The strong results and incredible industry feedback being received following The World's 50 Best Restaurants awards is proof as to why events like these are so crucial to promoting our world-class food and wine offerings on an international stage”.

“Australia is witnessing record international arrival and spend figures but it is vital that we continue to put a spotlight on our exceptional tourism assets to ensure we achieve our Tourism 2020 goals,” Minister Ciobo said.

Tourism Australia Managing Director John O'Sullivan said: “Hosting the prestigious awards in Melbourne, together with the Australia-wide program of events delivered the next exciting chapter in our ongoing Restaurant Australia story.”

Daniel Humm, chef and owner of Eleven Madison Park in New York, which was named The World's Best Restaurant 2017, said: “To see the excitement here, I'm just overwhelmed. From the food, to the people, to the land. I've found an amazing place”.

Eleven Madison Park co-owner Will Guidara said: “It is our first time here. The hospitality is not just in the events, it's everywhere. It seems a really significant part of what the country is. We just feel so loved and welcomed”.

The World's 50 Best Restaurants Awards Ceremony, the pinnacle event of the program, held at Melbourne's historic Royal Exhibition Building, was the biggest ever with a record 958 guests in attendance. Neil Perry's Rockpool Dining Group designed a menu showcasing the diversity of Australia's produce. Tourism Australia hosted representatives from 48 restaurants, plus four special award winners, with over 250 media in attendance, including 130 from international outlets. Australian restaurants Attica and Brae featured on the list at #32 and #44 respectively.

Wine Australia, official wine partner of The World's 50 Best Restaurants, invited a group of 50 sommeliers from some of the world's best restaurants and bars to take part in the Somms of the World program, many of whom hadn't been to Australia before. This was the first time a wine program has been run in conjunction with The World's 50 Best Restaurants, with 650 individual Australian wines showcased during the ten-day program.
|
Peter Bingeman, Chief Executive Officer, Visit Victoria said, “In a marketing landscape that is dictated by influencers, authenticity and passions, there are few opportunities as impactful for a city as hosting The Worlds 50 Best Restaurants awards has been for Melbourne”.

“It's been coined the culinary Olympics and we know already from anecdotal feedback that the legacy for Victoria's food and beverage industry will be reaped for many years to come,” Mr Bingeman said.

About The World's 50 Best Restaurants

Founded in 2002 and owned by William Reed Business Media, The World's 50 Best Restaurants is a celebration of global gastronomy, bringing together a unique community of visionaries across the culinary landscape. The annual list and awards are based on the votes of an influential group of more than 1,000 international leaders in the restaurant community. As a globally recognised gastronomic reference point, The World's 50 Best Restaurants showcases leading trends and highlights great restaurants from all corners of the earth.