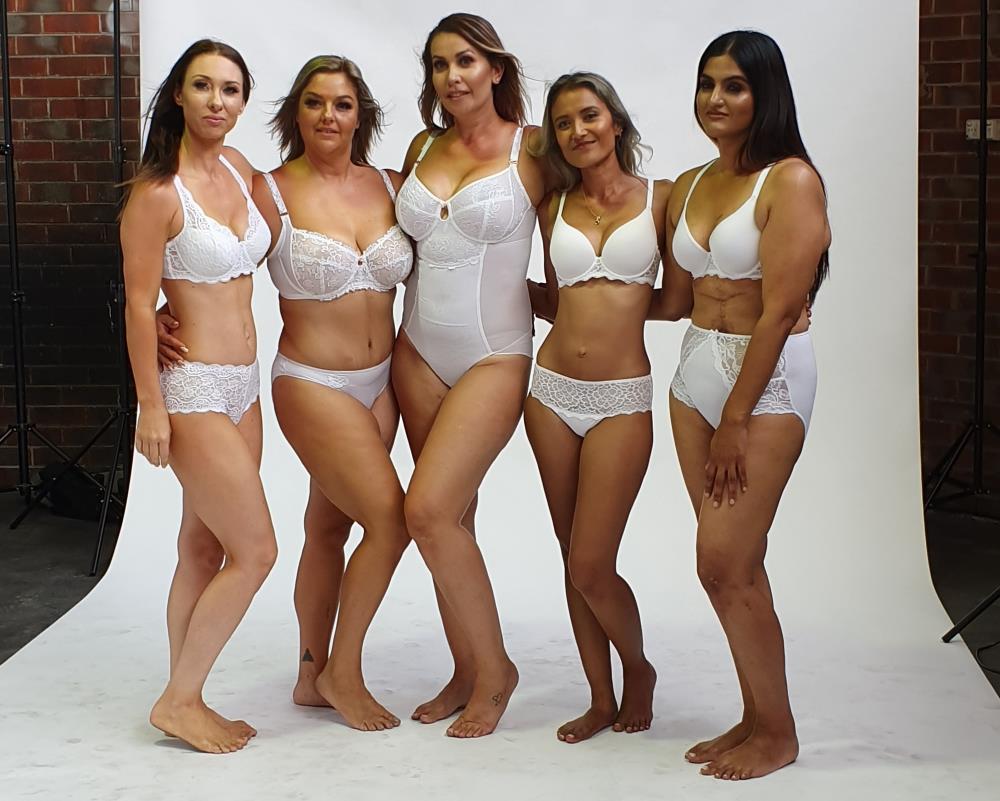 The women were photographed in the nude, painted with body paint, in lingerie, active wear and casual clothing. Here are some case studies/models who participated and why:


Kelly is a 33 year old mother of 2, who felt like she lost her identity as a woman after having kids. She no longer liked her reflection both the physical one and the mental one. Her anxiety escalated and she felt who she had become had affected her personal relationship with her husband and her overall self worth.
4 months after a mummy makeover she has regained confidence, feels sexy and more than just a mum.
She is proud of how far she’s come and ready to celebrate the next stage of her life.
The photo shoot is Kelly’s way of expressing her new found confidence and courage.

Bec is a 39 year old mother of 5 kids who is a survivor of domestic violence from a previous relationship and refound love, but not with herself. Her past kept showing its ugly head making it so hard for her to shake this misconception of herself as worthless and ugly. With the living support of her new husband, she underwent a mummy makeover 8 months ago and is a new woman, regaining herself, loving herself for the first time and so excited about her upcoming 40th.

Angela is a 51 year old mother and grandmother who didn’t realise the impact a breast reduction would have on her happiness, confidence and freedom to enjoy so many things she never realised she was missing out on. The realisation of how large her breasts were came when she was collating a photo album for her parents wedding anniversary and there was not a single photo of herself she liked. After having had a breast reduction, she loves buying bralettes, cycling, buying clothes, having photos taken of herself and the happiness she feels every day she wishes she could bottle and give to everyone. The shoot is about celebrating how far she has come and to inspire her daughter to believe she can achieve anything.


Maxine is a 48F mother of 4 who lost 30kg weight with weight watchers and didn’t love what was left after that weight loss. She had a mummy makeover and has found a new found passion for the outdoors and physical activities. Her best friend is Wendy, a 56year old receptionist who lost over 50kg from a gastric bypass and had body contouring surgery to remove excess skin that was stopping her from enjoying her running. Now she is ready to start training for a marathon.

Rhiannon is a 21 year old Perth girl who felt insecure about her nose since she was 14. She was teased about her nose being called “toucan” and “beak” nose and really didn’t want to always not like what she saw of herself. 6 months after a rhinoplasty Rhiannon feels that it was the best thing she has ever done for her self esteem and is proud of having had cosmetic plastic surgery. She is an advocate of putting yourself first and learning the importance of self love. Rhiannon feels that the shoot is a celebration of self love and collectively building each other up to feel beautiful and important and worthy.