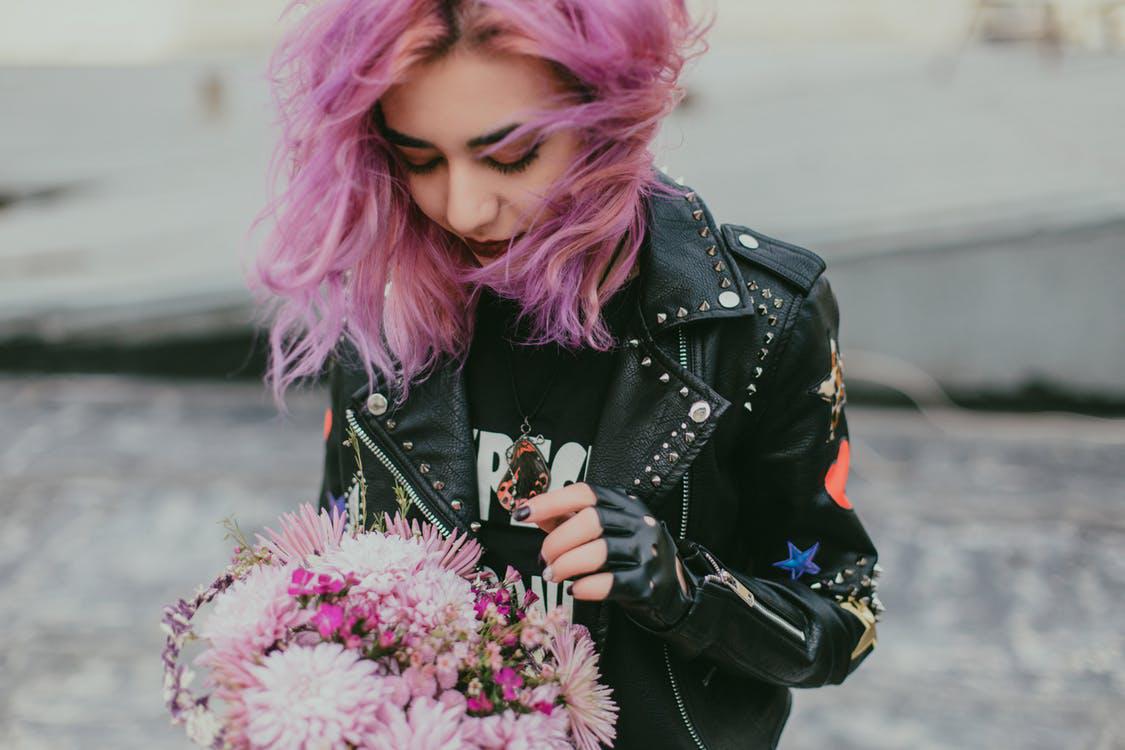 In this age and time, we’re still surrounded by stereotypes that have been instilled in the minds of many through generations. One such stereotype is regarding our natural hair color which portrays blondes as the dumb ones, redheads with anger issues and brunettes as attractively smart. Though these assumptions do not prove anything nor were they ever based upon proper scientific or behavioral research, our hair does have a significant effect on our personality and the color isn’t as random as we might have believed.

Scientists worked on numerous studies and concluded that hair color is a product of concentrations of different substances in our hair follicles. One of these substances is melanin (which also gives people their skin color). Melanin imparts color to hair and is produced at the very root or bulb of the hair by a group of cells that are known as melanocytes. Melanin is mostly of three basic types but the ones important for imparting a certain color in the hair are ‘eumelanin’ and ‘pheomelanin’.

The type and amount of melanin in the follicles are responsible for a large variety of hair colors and their different shades as depicted in https://www.styleacademy.com.au/. This variety depends upon and is controlled by the expression of certain genes but what hair color really fits the inner you? Let’s find out!

It is a widely believed story of how people with red hair were direct descendants of the Neanderthals but studies show that red hair color is mostly due to gene variation and mutation which causes a decreased production of Eumelanin and increased production of Pheomelanin. Natural red hair is rare and is present only 10% of the world’s population. People with red hair have always stood out throughout history and in different folklores. Many Norse mythologies feature red hair while Athens thought of it as a sign of beauty and respect. German literature and folklore have mostly viewed red hair as a devilish or an evil sign and associated it with witchcraft.

The Personality Traits of Red Heads

Women with red hair are naturally the odd ones out, which isn’t really a bad thing. They’re viewed as fiery, romantic, passionate and mysterious. This is because the genetic makeup of people with red hair shows very little amounts of anti-stress hormones which means that their life is always filled with some excitement. Rather than calling them volatile or hot-tempered, redheads are opinionated, willful and strong. Not only do these people know exactly what they want but they also work hard to get it and don’t let anyone tell them otherwise. Such people don’t have any room for people with a negative vibe and would rather surround themselves with someone who supports them and can stand up for them in times of need.

Blonde hair color might seem very common but it is in fact quite rare. Blonde hair colors are mostly concentrated in the European and American areas with an exception like the Solomon Islands in the south pacific inhabited by dark-skinned people. Blonde hair is actually a result of a mutation that inactivates pathways hindering in the production of Eumelanin.

The Personality Traits Of Blondes

Blondes are often thought of as dumb, high maintenance and vain but they are in fact, quite intelligent. As blonde is light and catches attention easily, many women with light blonde hair handle public attention and praise quite well. Most people are attracted to blondes as they symbolize the youthfulness and epitome of femininity. Many men still prefer dating or marrying blondes even though a survey shows that the divorce rate is higher in blondes than in women with other hair colors.

Just like blondes and redheads are seen as extraordinary signs of beauty in Asian and African countries, brunettes are considered very exotic in Europe and American countries. Brunettes have a high amount of Eumelanin, falling just behind women with black hair.

A study was conducted where a woman was sent to a bar three days in a row with different hair each time. She wore red, blonde and brunette wigs. When the men were interviewed, it was observed that they found her to be more dependable and approachable as a brunette.

If you’re someone with beautiful brown hair, you are reliable and many people around you can feel like they can count on you. 67% of the females who have been CEOs also prefer to go brunette instead of any other color. They believe that it makes them dependable and gets the job done. Men also find them less intimidating as compared to blondes and redheads. If you have been blessed with brown hair, it’s time that you take in the glory and accept your brilliant leadership skills with open arms. Your hard-working persona and dependability not only help you achieve your goals but also keep everyone else around you grounded and stable so they know they can count on you. You are an all-star in the eyes of many.

Black hair consists of the rich and most abundant amount of Eumelanin. The specific DNA coding for darker hair, however, makes people more susceptible to non-Hodgkin Lymphoma which is a type of a blood disorder. Just like how men prefer blondes, women prefer men with darker hair. According to women, having light hair makes men look like they’re just a bunch of pretty boys ready to have some fun but men with darker hair seem introspective and deep. Women love a man they can have thought-provoking conversations with.

Black hair people are very low key and love to keep to themselves. They have amazing personalities that are always respected not only in the community they live in but also in the workspace. Black haired people are more focused, curious and inquisitive about the bigger questions that normal people don’t really ask. This makes them great therapists but with this trait, there is also a downside. Black haired people have sharp brains and because of this, they will be often time depressed or sad. They are also their own worst critics and many a times wallow in self-doubt which also makes them self-centered and quite blunt at times.

If we were to summarize all the hair color personalities into one simple sentence, the redheads would be the thinkers and presenters of ideas, brunettes would work on the mathematics and intricate mechanics of the hypothesis, blondes would help present it better to the public or to market it and black-haired women would be trusted to deal with the financials.

With that being said, every man and woman has his/her own individuality, your hair color is just a small yet interesting part of it.