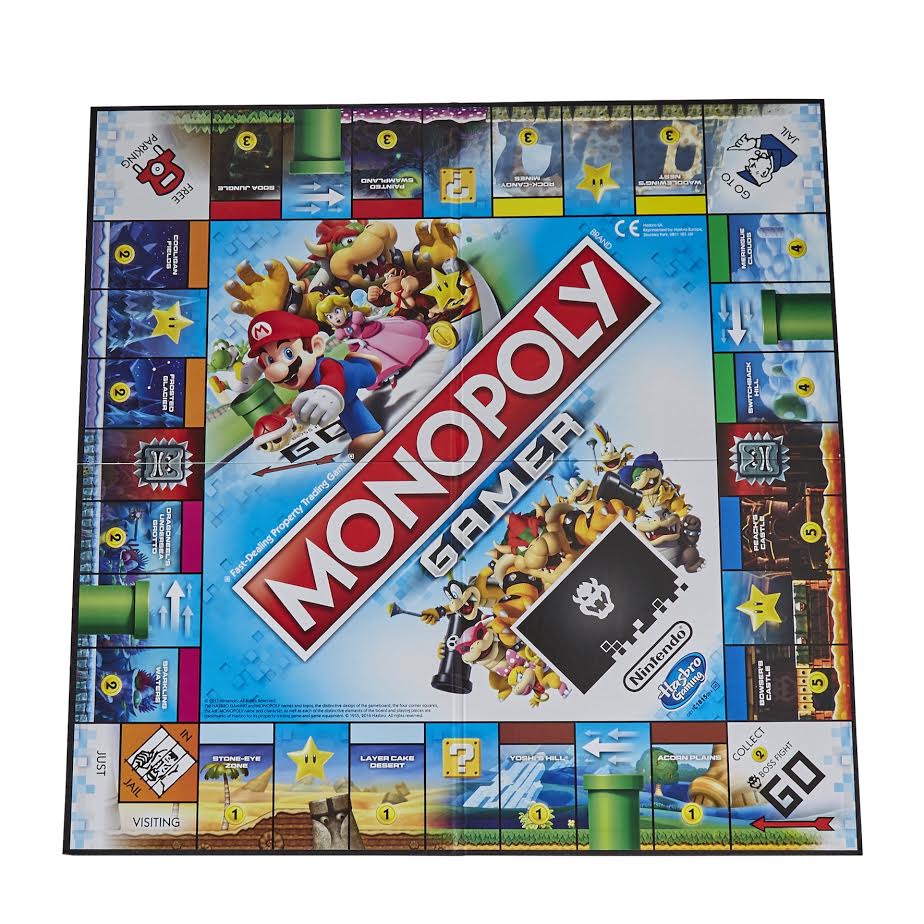 The MONOPOLY brand from Hasbro and Nintendo today announced the launch of the MONOPOLY GAMER Edition game that introduces beloved Nintendo characters and new twists to the MONOPOLY game.

The MONOPOLY GAMER Edition game will feel familiar yet fresh to both MONOPOLY and Nintendo fans, as players race around the board to complete levels (buy property), collect coins (money)—either from the bank or by using special powers to take them from other players—and battle legendary bosses to rack up points and win the game. Players can choose from fan-favourite Super Mario character tokens, such as Mario, Donkey Kong, Princess Peach and Yoshi.

For the first time in MONOPOLY history, each character token will have its own unique Power-up ability, introducing another layer of strategy for new and old players alike. For example, landing on the Super Star board space will activate Princess Peach’s Super Star ability to collect rent from the bank. Players can also activate a special Power-up boost by rolling the Power-up die.

“The MONOPOLY GAMER Edition game combines the world of Nintendo with the physical, face-to-face world of the MONOPOLY game,” said Jonathan Berkowitz, senior vice president of global marketing for Hasbro Gaming. “By giving MONOPOLY tokens unique abilities and adding game-play elements such as the Power-up die, we are offering fans an exciting new way to engage with two of their favorite gaming brands.”

“The MONOPOLY brand has been a staple in the gaming aisle for more than 80 years, and we’re excited to give Mario, Yoshi and other characters the chance to ‘Pass GO’ and bring their powers to life in MONOPOLY GAMER Edition game,” said Tom Prata, Nintendo of America’s Senior Vice President of Strategic Initiatives. “This collaboration is the latest example of Nintendo’s efforts to give fans a variety of fun and surprising ways to interact with their favorite Super Mario characters.”

MONOPOLY is the world’s favourite family game brand and is enjoyed by more than 1 billion players in 114 countries across the globe. Fans can engage with the MONOPOLY brand across many platforms and formats including live events, fashion licensing, digital gaming, casino gambling, and more. Stay updated on the latest MONOPOLY brand news at Monopoly.com, Facebook.com/Monopoly, @HasbroNews on Twitter, and @Hasbro on Instagram. For more information on MONOPOLY GAMER, visit HasbroGaming.com.

Hasbro (NASDAQ: HAS) is a global play and entertainment company committed to Creating the World's Best Play Experiences. From toys and games to television, movies, digital gaming and consumer products, Hasbro offers a variety of ways for audiences to experience its iconic brands, including NERF, MY LITTLE PONY, TRANSFORMERS, PLAY-DOH, MONOPOLY, LITTLEST PET SHOP and MAGIC: THE GATHERING, as well as premier partner brands. The Company's Hasbro Studios and its film label, Allspark Pictures, are building its brands globally through great storytelling and content on all screens. Through its commitment to corporate social responsibility and philanthropy, Hasbro is helping to make the world a better place for children and their families. Hasbro ranked No. 1 on the 2017 100 Best Corporate Citizens list by CR Magazine, and has been named one of the World’s Most Ethical Companies® by Ethisphere Institute for the past six years. Learn more at www.hasbro.com, and follow us on Twitter (@Hasbro & @HasbroNews) and Instagram (@Hasbro).

The worldwide pioneer in the creation of interactive entertainment, Nintendo Co., Ltd., of Kyoto, Japan, manufactures and markets hardware and software for its Nintendo Switch™ system and the Nintendo 3DS™ family of portable systems. Since 1983, when it launched the Nintendo Entertainment System™, Nintendo has sold more than 4.4 billion video games and more than 703 million hardware units globally, including Nintendo Switch and the Nintendo 3DS family of systems, as well as the Game Boy™, Game Boy Advance, Nintendo DS™ family of systems, Super NES™, Nintendo 64™, Nintendo GameCube™, Wii™ and Wii U™ systems. It has also created industry icons that have become well-known, household names, such as Mario, Donkey Kong, Metroid, Zelda and Pokémon. A wholly owned subsidiary, Nintendo of America Inc., based in Redmond, Wash., serves as headquarters for Nintendo’s operations in the Americas. For more information about Nintendo, please visit the company’s website at http://www.nintendo.com. 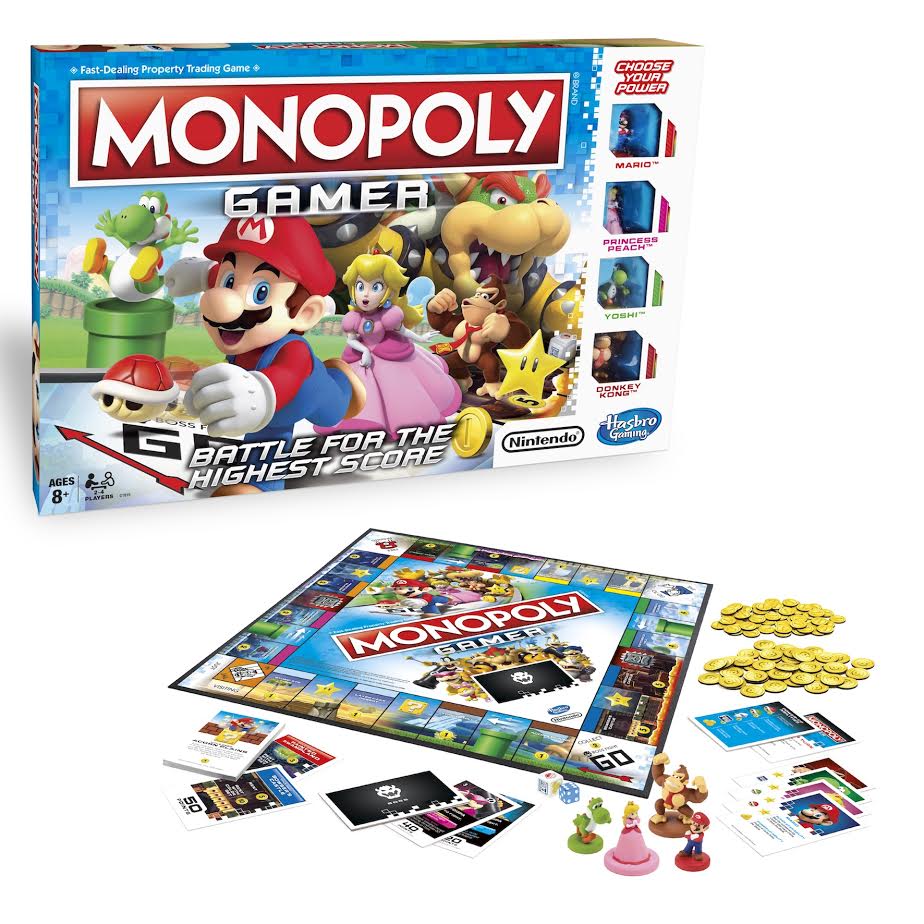