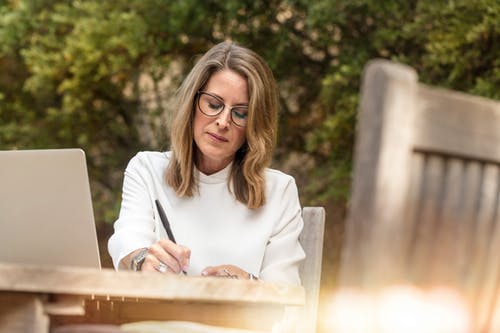 Mental disorders are frequent in the elderly population. In fact, according to the World Healthy Organization, about 20% of people over the age of 60 suffer from one mental or neurological disorder or another. The most common of these disorders are dementia and depression, but also substance abuse and anxiety disorders. The main problem is that these conditions are sometimes misdiagnosed in the elderly and that people often feel too embarrassed to ask for help. By putting effort into prevention of mental disorders, many people’s quality of life could be improved, while cost of healthcare would be decreased. Here are some ways mental disorders in elderly people may be prevented.

The connection between inadequate sleep and mood is somewhat of a general knowledge. Basically, when you don’t sleep enough or your sleep is interrupted, you might have problems focusing and your mood might worsen. Lack of sleep can even lead to depression. The elderly are at an even higher risk, mostly due to their sleep patterns and circadian rhythms changing with age. By educating people about the importance of sleep, ways to regulate and influence it, and actions and behaviors which can improve it, better sleep quality can be promoted and sleep deprivation can be avoided to a certain extent. And although there has been no real evidence that good sleep can actually prevent mental disorders in people over 60, there has been some improvement in symptoms of depression and anxiety, as well as sleep efficiency in those people who worked on making their sleep more regular, restful and uninterrupted. In any case, better sleep generally leads to better overall health, meaning that it can only be helpful.

There is a strong link between physical activity and mood improvements. Regular workout not only has a good influence on physical health, but also mental. This is probably due to the fact that physical activity promotes a better mood, more positive self-image and enhanced cognition. It also lowers the risk of such mental disorders as depression and anxiety. According to R. A. Bitonte and D. J. DeSanto, about 90 minutes of physical exercise a week could reduce the chance of a burnout in medical students, who are at a higher risk of mental illness than other students. To apply this to older adults, a study published in the American Journal of Geriatric Psychiatry examined the effects of exergame, which is a form of physical exercise combined with video games, on a group of elderly people. The study showed a reduction in symptoms of subsyndromal depression in these older adults throughout the period of 12 weeks. The positive effects of physical exercise on mental health in people older than 60 have also been recognized by most premium retirement communities. Nowadays, quality aged care also includes a whole range of exercise options, such as walking groups, workout classes and physiotherapy.

The effect of vitamins

A healthy and balanced diet is one of the keys to maintaining good overall health well into your old age. The main goal is to eat foods that are rich in valuable nutrients, including vitamins D and B12 in right amounts. Vitamin B12 can protect you from a whole list of disorders, including some mental ones. For example, vitamin B12 can lift your energy levels and make you feel happier. This is why there are even drinks with added vitamins, so that you can have that energy and mood boost. However, choosing foods loaded with vitamins, including B12, is always a better and more effective option. Fish, poultry, lean meat and skimmed milk, as well as fortified cereals, are good sources of B12 and should be a part of every elderly person’s diet. Similarly, both vitamin D and B12 encourage the production of brain chemicals which greatly influence mood, as well as other important brain functions. A deficiency in vitamin B12 might lead towards depression, so B12 supplements may help prevent this mental disorder in people of all ages, including the elderly. Plus, vitamin B12 benefits the human brain in a way that it may prevent the development of dementia and Alzheimer’s disease, but also brain shrinkage in older adults.

Keeping track of any changes in mood and behavior is essential for everybody, especially the elderly. This is why it’s important to get regular checkups with your doctor and keep them informed about anything that’s bothering you, physically or mentally. Preventing mental disorders can lead to a happier and healthier life, which is something every older adult should keep in mind and work towards. Finally, in case you notice any symptoms of mental decline or any sort of mental disorder, seek professional help without delay.