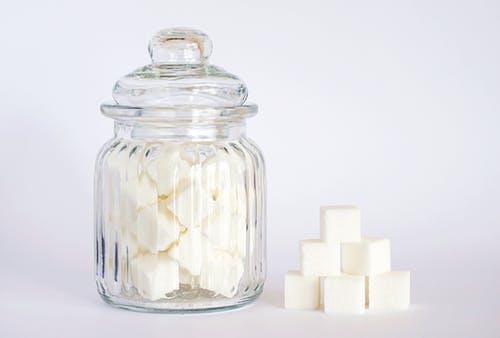 The human body is programmed to love sweets and crave them. However, it’s extreme usage is injurious to health so it is better to ask yourself how to quit sugar? While in the past the consumption of sweets, including ripe fruit, was an exception and was often limited to a short time due to the seasons or fall celebrations, today you can hardly find a product that is not mixed with various sweeteners. Often with different names, behind which one does not necessarily suspect sugar.

Before measuring the effects of sugar on the body, it is important to know that there are different types of sugar that behave differently.

The best known and the most dangerous one of all is the white granulated sugar. It consists of fructose and glucose. But every type of carbohydrate also contains starch, which is also a form of sugar. In the digestive process, starch is broken down into glucose - the fuel for our body. While complex carbohydrates with plenty of fiber, such as whole grains or vegetables, keep you full for a long time and provide the body with plenty of energy, simple carbohydrates from heavily processed foods, such as white flour and all kinds of refined sugar, sweets or sodas causes blood sugar levels to rise extremely quickly resulting in unbalancing the body.

So, there is no big difference between whether we consume white sugar or carbohydrates from heavily processed foods. Subsequently, sugar always means the highly processed variant of all sugar forms.

Fruits are, in a sense, an exception, since it consists of simple sugars (naturally occurred high fructose content) with fiber and therefore, in moderation, does not cause the blood sugar level to rise too quickly. But here too there are debates about how healthy or harmful fructose is for the body.

The consumption of sugar causes the body to produce more insulin, which is not only essential for the blood sugar level but is also a growth hormone. Cancer cells, on the other hand, need a lot of fuel to grow, which they do faster due to high sugar consumption. Kris Carr, an expert in the field of natural cancer therapy, describes this process very well in her blog and also explains what can be done about it.

The body's hunger or satiety system gets mixed up due to high sugar consumption. If the body has to produce a lot of insulin through the constant intake of sugary foods, insulin resistance can develop over time. This means that ghrelin, the so-called "hunger hormone", and leptin, the so-called "satiety hormone", are also no longer properly regulated, which means that we are always hungry and can no longer fully trust the signals of our body. In addition to this, more cortisol, the so-called "stress hormone", is released, which has a negative effect on most people's weight.

Also, excessive sugar consumption leads to the so-called “metabolic syndrome”, which is associated with weight gain, increased blood pressure and cholesterol levels and can develop into diabetes.

4. Sugar has a negative effect on intestinal health

There are ten times more bacteria in our intestines than there are cells in the body. The balance of these bacteria is crucial not only for our digestion but also for our health since over 70% of our immune system is in the intestine. Excessive consumption of sugar upsets the delicate balance of the intestinal flora and causes a weakening of the body's immune functions, an acceleration of the aging process and deterioration in the complexion and our general mood.

There are now more and more references, studies and articles that suggest a connection between high sugar consumption and degeneration of the brain, from mild memory problems to diseases such as Alzheimer's and dementia.

6. Too much sugar also damages the heart and shrinks the brain

According to an old saying “Sugar is the food for the brain” until today it is said in commercials that you get "faster in the head" if you throw in a sweet bar in between. It actually sounds logical, the brain needs tons of energy and it gets this energy mainly from sugar.

But at some point, too much sugar is hazardous for the brain. The performance of the organ is damaged. The dose at which sugar stops making the head faster and slows down is regularly exceeded by most people with their unhealthy diets.

The brain reacts to an overdose of sugar almost the same as what poison does to the body. Only a few proteins are activated for the formation of new nerve cells and synapses, and the hippocampus reacts less efficiently to the hormone insulin so that it can no longer infiltrate sugar. Subsequently, both mechanisms prevent active brain cells from being exhausted by the intoxication of sugar.

On the other hand, they stop the sugar supply so decisively to the active brain mass, especially in the learning center part that it significantly shrinks in the end. This could also explain why there are many people among dementia patients who largely consumed refined sugars.

Sugar substitute - what are the alternatives?

Some products advertise "without granulated sugar" or "reduced sugar", but are they automatically better? In some cases, the term is simply misleading. Instead of household sugar, glucose syrup, fructose, dextrose, invert sugar and maltodextrin are often used in packaged food. Ultimately, all of these types of sugar cause blood sugar to skyrocket and are not exactly beneficial to health. However, there are also some alternatives to sugar that are natural and have less impact on blood sugar and are highly recommended. These are

Xylitol, also called birch sugar, hardly raises the blood sugar level. A good side effect is the anti-inflammatory effect of the substance. According to scientific studies, xylitol should also have a positive effect on dental health.

Stevia is available in different versions, whether as dried leaves, liquid extract or tabs. In any case, the sweetness is much higher than that of normal sugar. Stevia is particularly suitable for sweetening drinks and desserts.

Coconut blossom nectar is obtained from the blossom nectar of the coconut palm. It has a low glycemic index, which means that there is little stress on the blood sugar level. The taste is slightly reminiscent of caramel, which gives dishes and drinks a special note.

Maple syrup affects insulin and blood sugar levels, but not quite as strong as the white table sugar. Its’s syrup also has a slight caramel taste.

All of this is no reason to panic, because, as is so often the case, education is the first and best step towards a self-determined and conscious life. Try to switch to natural sources and once you have given up the artificial, industrially produced sweetness for a certain time and be sugar-free, you not only feel better, more vital and clear but also learn to appreciate the natural sweetness of life again.