So-called 'healthier' fast food chains are misleading consumers with claims their foods are lower in salt, sugar and fat than their traditional fast food counterparts. from www.shutterstock.com.au

We know the fast food environment influences our food choices. Promotions and marketing on labels and websites influence our decisions about the foods we buy. Many chains are now using claims about nutrient content and health benefits on their websites to create a marketing edge and perhaps make us feel less guilty about our next fast food purchase.

The Australia New Zealand Food Standards Code defines nutrition content claims as those that state the presence or absence of a nutrient, for example, “contains calcium”. Foods with these claims must meet the minimum (or maximum) quantities for the nutrient in the claim, called the qualifying criteria.

Health claims are those that relate to a food-health relationship, such as “contains calcium for healthy bones”. In addition to containing the minimum/maximum quantities of the nutrient, foods carrying these claims must also meet the Nutrient Profiling Scoring Criteria, meaning they are healthier foods based on their energy, saturated fat, sugars, sodium, protein, fibre and fruit, vegetable, nut and legume content.

Previously, there has been close scrutiny of grocery foods carrying these sorts of claims, and whether they comply with the requirements of the code. However, any food sold in Australia is subject to this code, and there has been no scrutiny of the claims being made by fast food outlets.

We noticed fast food chains were increasingly using claims on their websites, and given how influential claims are on food choice, we decided to investigate these claims being made by chains.

How honest are fast food chains in their claims?

In 2015, we assessed the claims fast food chains were making on their websites to promote the nutritional value of their foods.

We found more than 40% of menu items being marketed using claims may not have complied with the requirements of the code. These foods did not meet the qualifying criteria set out in the code, meaning consumers could believe these foods are healthier than they actually are.

The chains that fared worst in our study were those positioning themselves as “healthier” – such as a popular juice chain and a popular salad chain (the authors have chosen not to publish the names of the chains).

For example, a Chipotle Pulled Pork Wrap from the salad chain claimed to be low in energy and salt, despite containing more than four times the permitted amount of energy and sodium per 100g.

This product has a similar amount of energy per serve (2051kJ) as a Big Mac (2060kJ), and contained a whopping 1552mg sodium per serve - two-thirds of an adult’s upper daily sodium intake.

Another example is Green Tea Mango Mantra from the juice chain, that supposedly has immunity-boosting powers, despite not meeting the requirements of the Nutrient Profiling Scoring Criteria and containing between 68-91g sugars per serve – that’s 17-23 teaspoons.

These sorts of claims lull us into a false sense of security that we’re choosing a healthier fast food. Eat these foods too often, and you’ll probably be consuming more kilojoules, fats, and sugars, which could contribute to weight gain.

But it’s not all bad news. Since the study was conducted, several of the offending chains have removed claims that may not have complied. This is because the study was conducted during the phase-in period of the standard on nutrition content and health claims, with this standard becoming mandatory on 18th January 2016. So it’s working to a degree, but many remaining claims still may not comply.

With the “eating-to-go” habit here to stay, healthier fast food chains have an important role to play in ensuring healthy food options are available. They also have a responsibility to ensure the correct nutritional information accompanies them.

The study highlights the need for closer monitoring and enforcement of the Food Standards Code by the state food agencies. Whether fast food chains are deliberately flaunting the code, or have not been adequately educated on the use of claims and the requirements for making them is hard to say.

Regardless, stronger enforcement will ensure customers are able to make healthier fast food choices. In the meantime, relying on the claims is not a good way of making these choices.

Kathy Chapman has received funding from Ministry of Health, Cancer Institute NSW and been a partner investigator on ARC linkage Grant and NHMRC Partnership Grants 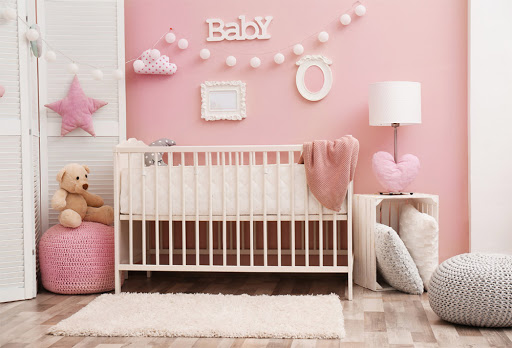