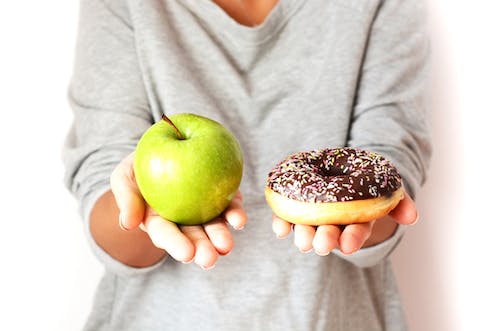 We all have to die of something, so why can't I die by delicious donuts?from www.shutterstock.com

It’s 6:45 on a cold and rainy Tuesday morning. The alarm blares. As you begin to wake and wonder how it could possibly be morning already, your good intentions dawn on you. It’s run morning – and it’s the last thing you want to do. As you roll over to hit the snooze button, your mind scrambles for a valid excuse.

Why bother trying to be healthy? We all have to die of something, right?

Today in Australia, the leading causes of death are mostly preventable – or at least can be significantly delayed. Factors like poor diet and tobacco drive ailments including heart disease, stroke, diabetes (type 2), lung disease and cancers. And when you look more deeply at what ill-health brings, it’s not just death that makes the strongest case for getting out of bed.

Read more: Why the government should tax unhealthy foods and subsidise nutritious ones

Sure you have to die of something, but you may not have to die so soon. Science suggests having a healthier lifestyle even at age 50 can result in a four to seven year longer life expectancy.

Even at older age, improving lifestyle factors can benefit longevity. Avoiding an unhealthy weight, not smoking, maintaining a social network and engaging in leisure activities around age 75 can add a whopping five years to a woman’s and six years to a man’s life span.

Trying to be as healthy as you can is not just about adding more years to your life, but adding healthy years, or even decades. Populations who follow healthy forms of behaviour show a 60% decline in dementia, in addition to a 70% reduction in type 2 diabetes, heart disease and stroke when compared with unhealthier peers. Studies also find healthier 50 year-olds live longer without disability than those who are overweight or smoke. 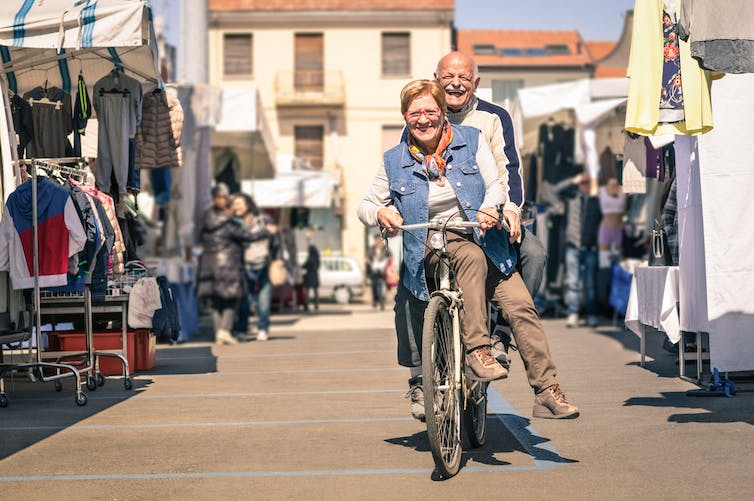 Yes, we all have to die eventually, but we want to be happy, well, independent and pain-free leading up to our deaths.from www.shutterstock.com

A significant proportion of octogenarians are also living healthier, more active lives. This is seen in measures of mobility, self-care, levels of pain and discomfort, and absence of anxiety and depression. But rather than being related just to age, variations in health-related quality of life are also linked to factors such as exercise, nutrition and social engagement.

So being active and eating well could mean a healthier, more independent life for longer.

You’ll feel better in the meantime

Eating healthier and exercising have also been shown to have benefits on your day-to-day wellbeing. Exercise can improve and protect mental health. As a strategy to manage mild to moderate depression, exercise can provide comparable benefits to some antidepressants, and can complement medications to improve symptoms further. Similarly, exercise can play a role in treating anxiety, obsessive-compulsive disorder, and post-traumatic stress disorder. It can also improve your sleep quality and even benefit self-esteem and confidence.

It’s thought exercise does this by reducing your sensitivity to the symptoms of anxiety, building resilience to stressful mood states, positively altering the neurotransmitters in the brain, and disrupting or distracting you from social isolation.

Read more - Interactive body map: physical inactivity and the risks to your health

Getting active can also allay general body aches and pains. An Australian study recently suggested jogging improves the composition of the cushion-like discs in your spine, reducing wear and tear. Exercise not only fortifies the discs but is also generally effective in preventing and treating pain. This is particularly important given 67% of Australians experience pain at least monthly, with inactivity being a major risk factor. 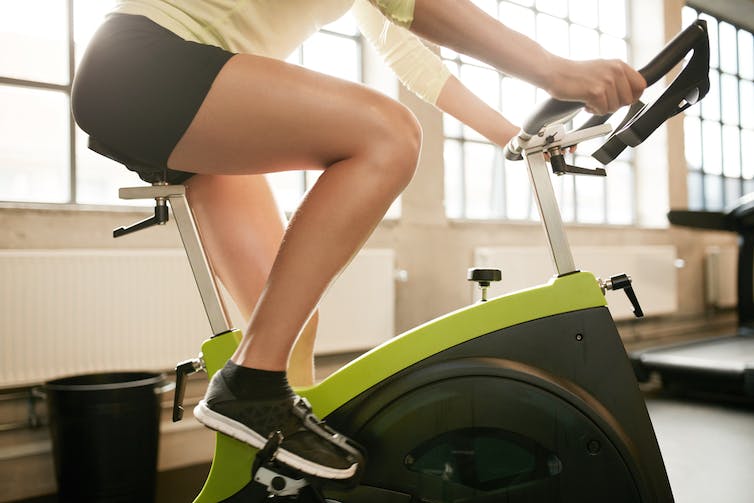 Exercise has benefits for most aspects of our physical and mental well-being.from www.shutterstock.com

A healthy diet combined with exercise such as moderate hiking can also strengthen your bones, reducing the risk of fractures if you do have a serious injury.

You’ll save more and spend less

There’s good evidence, including from Australia, that eating healthy food is actually more affordable than an unhealthy diet. And smoking one pack of cigarettes per day, when combined with the health costs that result, is estimated to cost a staggering US$638,750 (A$812,556) to you and society over 50 years.

Type 2 diabetes, often associated with obesity, is estimated to result in A$4,025 per year per person in total costs without medical complications, or in excess of A$9,645 once complications develop. These costs are incurred not only through the need for treatment, but also in job discrimination, higher health insurance costs, lost productivity with sick days and poor physical function.

While no similar analysis exists for Australia, evidence from the US estimates lifetime social and public health costs of obesity at US$92,235 (A$117,332) per person, when combining medical expenditure and reduced productivity.

The direct medical costs to individuals in Australia may be lower due to our universal health system, but the costs from obesity still add up to A$873 million each year. A A$719 million per annum slice of the Australian budget is spent on the complications of physical inactivity alone, through heart disease, stroke, type 2 diabetes, breast cancer, colon cancer, depression and falls.

This isn’t noted to shame anyone or to recommend reducing care, it’s about realising policy and health inaction comes at a huge economic and social cost.

Your kids will be healthier, and maybe even their kids

Poor diet, smoking, alcohol use and a lack of physical activity can also affect your kids’ health – and maybe even the health of their kids.

Firstly, through role modelling. The kids of parents who smoke are significantly more likely to smoke themselves, and likewise with unhealthy drinking and eating. These kids are also more likely to be obese. Some of these effects could also be from socioeconomic factors.

Second, through a mechanism called epigenetics, our own health can influence the health of subsequent generations. This results from alterations in the expression of genes and not through changes in the genes themselves.

Altered epigenetics from physical inactivity, diet and environmental factors are now thought to bepassed down through generations. They influence the subsequent risk of metabolic diseases such as obesity and diabetes.

Finally, being overweight, a lack of exercise and even consuming sugary drinks could actually reduce your chances of having kids in the first place. In women, being overweight increases the risk of polycystic ovarian syndrome, which causes irregular ovulation and can occasionally render women infertile.

While in men, excess weight contributes to infertility by reducing the quality of semen, as well as increasing the risks of sexual dysfunction.

Living a healthier lifestyle is about making small, possible, simple and sustainable changes like taking the stairs instead of the lift - not totally rethinking the way you live. 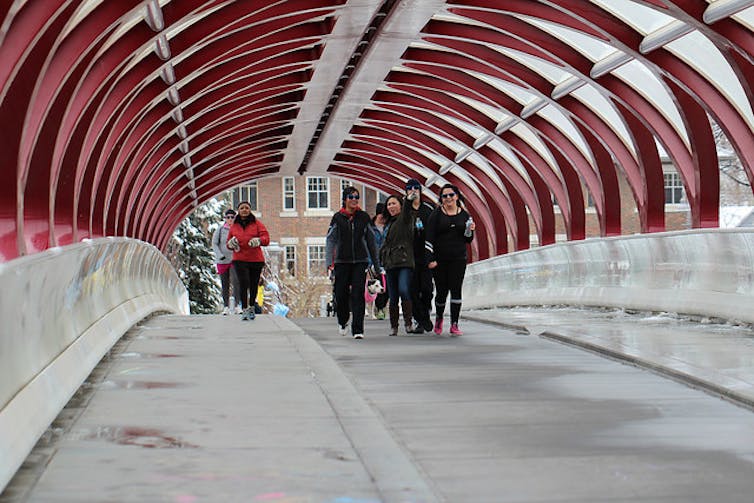 Being healthy is about small, incremental, sustainable changes over many years.Flickr / TYFVMP

But while there are many compelling reasons to be healthy, personal discipline alone will never solve our chronic disease and obesity epidemics. If neighbourhoods lack safe spaces for kids to run, or fresh food is inaccessible and unaffordable, good intentions will not get you very far. Government policies need to make health easier, even preferred.

In the meantime, look to friends for motivation; your family to share and support a healthy diet; apps that map and commend the exercise you do; and your GP and important services like Quitline for assistance with alcohol reduction and smoking cessation.

Dr Alessandro Demaio works for the World Health Organization in Geneva. This post was written by Dr Alessandro Demaio in his personal capacity. The views, opinions and positions expressed in this article are the author’s own and do not reflect the views of any third party. Additionally, those providing comments on this blogs are doing so in their personal capacity, and do not necessarily reflect the views, opinions or positions of the author. Sandro is also co-host of ABC TV's Ask The Doctor.