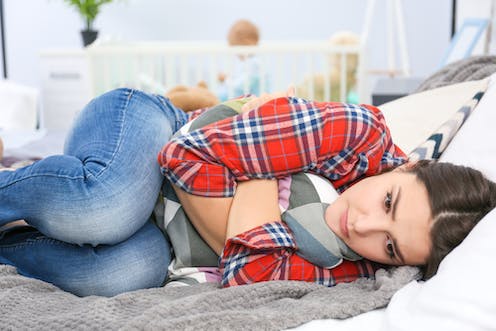 Millions of women around the world are estimated to be living with depressive symptoms after stillbirth.from www.shutterstock.com

There are at least 2.6 million stillbirths a year across the world. More than 2,000 families each year suffer the loss of a stillborn baby in Australia, equating to six stillborn babies every day.

The death of an unborn baby is a tragedy that deeply affects families, health systems and wider society. Parents continue to grieve for their baby for years. Their functioning and sense of self can be profoundly changed.

Here are five ways we can help parents cope with the tragedy of stillbirth.

Taboos and myths about stillbirth make it a topic many family, friends and communities feel ill-equipped to deal with and are unprepared to talk about. But avoiding the topic can magnify the trauma.

Because others are uncomfortable with the topic, many parents feel unable to talk about their loss. And well-intentioned comments, such as “it was meant to be”, “these things happen” and “you can always have another baby”, minimise parents’ loss and may only leave parents feeling more isolated in their grief.

Read more:Death and families – when ‘normal’ grief can last a lifetime

Throughout the world, 4.2 million women are estimated to be living with depressive symptoms after stillbirth. Many suffer in silence due to the taboo surrounding stillbirth.

Respectful and supportive care is essential in hospital. But it’s often when parents arrive home without their baby that the reality hits and the long and often lonely journey of grieving begins. 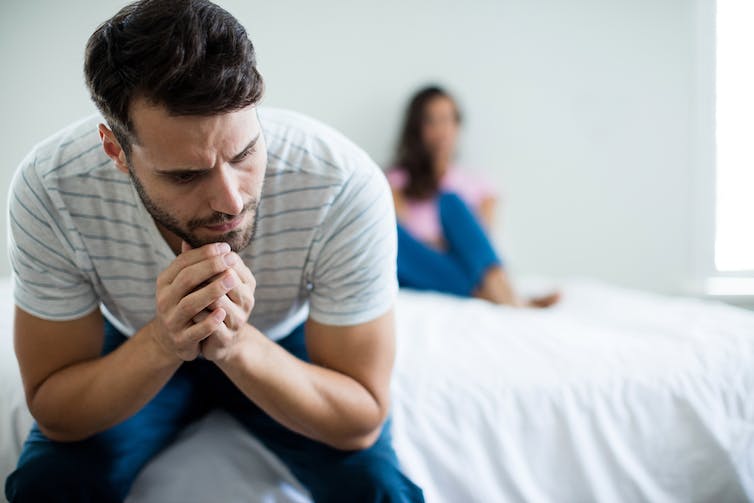 When parents arrive home without their baby the reality hits and the long and often lonely journey of grieving begins.from www.shutterstock.com

Yet less than half of parents in high-income countries receive a follow-up visit or phone call from their hospital. And only around half receive information about who to contact for support after they leave hospital. These figures are even lower for parents in developing regions.

Until fairly recently, stillbirth has been a neglected issue, largely absent from the global health agenda. We need to improve public awareness of stillbirth to make sure our social communities and workplaces are equipped to provide the kind of support and recognition parents need.

Women and their partners should also be equipped with knowledge about how to reduce their risk of having a stillborn child.

Hearing the voices of bereaved parents in the public will help break down taboos. For public health campaigns to be effective, target populations need to be aware of the health threat as a first step, followed by messages that move the target audiences to action.

Read more:Passed away, kicked the bucket, pushing up daisies – the many ways we don’t talk about death

One of the most successful public health campaigns are the back to sleep campaigns to reduce sudden infant death syndrome (SIDS). The simple, universally targeted messages reached new and receptive parents.

If campaigns are not universally agreed to by all stakeholders, a plethora of competing campaigns may arise. This will confuse the target population, diminishing the campaigns’ value or, worse, they may cause harm.

Among the most successful public health campaigns are the back to sleep campaigns addressing SIDS.

Organisations such as Stillbirth Foundation Australia, Red Nose, Sands, Still Aware and Bears of Hope have a key role to play in supporting parents and raising public awareness. They are collaborating with the Centre of Research Excellence in Stillbirth to develop a unified campaign.

A critical analysis of every baby’s death can identify contributing factors to help explain the event and prevent future deaths. Such investigations can not only determine the cause of death, but can also unearth systems issues such as a failure to implement evidence-based clinical practice guidelines.

Substandard care plays a role in 20-30% of stillbirths. These cases often show the need to improve detection of women at increased risk during pregnancy.

New Zealand and the UK have national systems to ensure comprehensive review of every stillbirth and neonatal death. Australia’s federal government, through the NHMRC, has funded the Centre of Research Excellence in Stillbirth, to reduce the stillbirth rate and improve care after stillbirth for affected families, including in subsequent pregnancies. This is a step in the right direction.

The Perinatal Society of Australia and New Zealand in partnership with the stillbirth CRE sets out detailed recommendations for investigation and audit of these deaths, but the guidelines are yet to be fully implemented across Australia. Many stillbirths are not fully evaluated as to causes and contributing factors.

Training of health-care professionals in this area has begun, and the stillbirth research centre will work with maternity hospitals to expand this training.

Parents want to know why their baby died. Finding a cause of stillbirth, and the factors that led to that cause, helps parents begin to make sense of their loss.

Most parents will conceive again, and understanding what caused their baby’s death means having a better idea of the likelihood of the cause recurring in future pregnancies.

Specific interventions, such as low-dose aspirin, early scheduled birth, or treatment for anxiety and depression, may reduce the risk of recurrence and improve psychological outcomes.

In high-income countries, around 30% of stillbirths are classified as “unexplained”, though many of these deaths are not comprehensively investigated. By increasing the proportion of stillbirths that are appropriately investigated and improving diagnostic techniques, it may be possible to halve this figure.

Read more:Why we don’t know what causes most birth defects

Problems with the structure and function of the placenta are often linked to stillbirth.

However, many stillbirths occur unexpectedly in an otherwise healthy mother and baby, and remain unexplained after a full investigation. So, research is needed to better understand the mechanisms for these unexplained stillbirths.

If you are a parent needing support, visit: Bears of Hope, SANDS, or Red Nose

David Ellwood receives funding from National Health & Medical Research Council for research into stillbirth. He is a past-Chair of the International Stillbirth Alliance

Jonathan Morris is the Chairman of Stillbirth Foundation Australia. He receives no remuneration for this role. He receives research funding from the NHMRC.