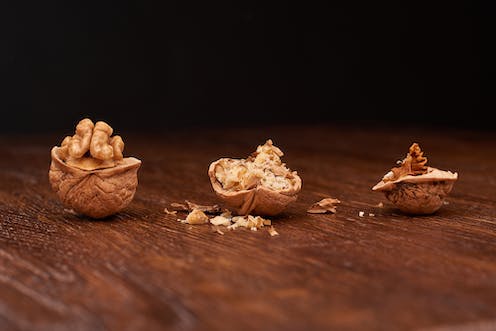 Long-term treatment with lithium has improved memory and learning in rats.from shutterstock.com

When people think of lithium, it’s usually to do with batteries, but lithium also has a long history in medicine. Lithium carbonate, or lithium salt, is mainly used to treat and prevent bipolar disorder. This is a condition in which a person experiences significant mood swings from highs that can tip into mania to lows that can plunge into depression.

More recently, though, lithium has been explored as a potential preventive therapy for dementia. A recent paper even led some to question whether we should start putting lithium in drinking water to lower population dementia rates. 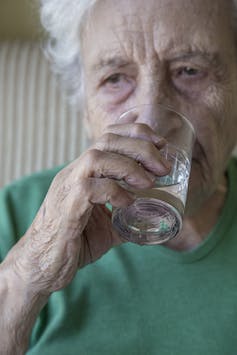 Some have suggested putting lithium in tap water could ward off dementia.from shutterstock.com

But despite early studies linking lithium to better cognitive function, there is currently not enough evidence to start using it as a preventive dementia strategy.

Lithium is a soft, light-silver metal present in many water systems, which means humans have always been exposed to it. Its concentrations in water range from undetectable to very high, especially in geothermal waters and oil-gas field brines. The high concentration of lithium in some natural springs led to it being related to healing.

In the 19th century, lithium water was used to treat gout and rheumatism. Of course this was with little objective evidence of any benefit. Early attempts to treat diseases such as kidney stones with higher doses of lithium often led to lithium toxicity – potentially irreversible damage to the kidneys and brain.

The landmark event in the medical history of lithium was a 1949 paper by Australian psychiatrist John Cade in the Medical Journal of Australia. This demonstrated its benefit in bipolar disorder, then known as manic-depressive illness. The psychiatric community took some time to absorb this finding – the US regulator the Food and Drug Administration only approved lithium for use in 1970.

After that, lithium as a drug transformed psychiatric practice, especially in the treatment and prevention of bipolar disorder. This led to extensive research into the mechanisms of lithium in the brain.

Read more: What is bipolar disorder?

How lithium affects the brain 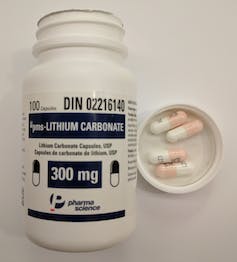 Lithium has long been used to treat and prevent bipolar disorder.from Wikimedia Commons

We don’t know exactly how lithium works, but we know it helps the way brain cell connections remodel themselves, usually referred to as synaptic plasticity. It also protects brain neurons by controlling cellular pathways, such as those involved in oxidative stress (where the brain struggles to control toxins) and inflammation.

Animal studies have shown that long-term treatment with lithium leads to improvement in memory and learning. These observations led to studies of lithium’s protective effects on brain neurons in bipolar patients who had been taking it for a long time.

One of these was a review of more than 20 studies, seven of which examined dementia rates in patients with mood disorders (such as bipolar) being treated with standard therapeutic doses of lithium. Five of these studies showed lithium treatment was related to low dementia rates.

The review looked at four randomised controlled trials (comparing one group of patients on lithium with a group taking a placebo). These examined lithium’s effects on cognitive impairment (such as memory loss) or dementia over six to 15 months.

Read more: How we can protect our brains from memory loss and dementia

A number of epidemiological studies – which track patterns and causes of diseases in populations – have linked lithium concentrations in drinking water with rates of psychiatric disease. In the above-mentioned review, nine out of 11 studies found an association between trace-dose lithium (low doses in drinking water but not detectable in blood of the people consuming it) and low rates of suicide and, less commonly, homicide, mortality and crime.

More recently, researchers in Denmark conducted a nation-wide study linking dementia rates based on hospital records for people aged 50-90 with their likely exposure to lithium. This was based on the lithium levels in the waterworks predominantly supplying the region where they lived.

Those with higher dementia rates came from regions with lower mean levels of lithium in the water than those without. This was 11.5 micrograms (µg) per litre compared to 12.2µg per litre. 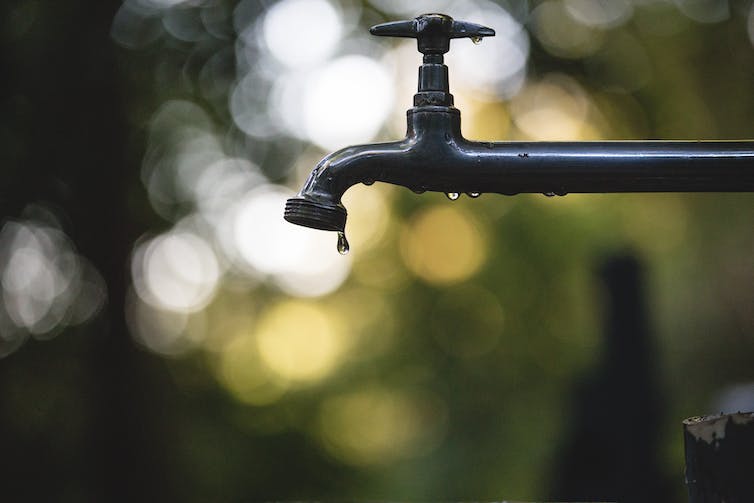 A Danish study showed more people with dementia came from areas with lower levels of lithium in the tap water.Photo by Luis Tosta on Unsplash, CC BY

The Danish population is geographically stable and the health record linkage is excellent for such studies. The reliability and validity of dementia diagnosis in Danish health registers is also high. But the study had a number of limitations.

The lithium intake was based on sampling of waterworks that provide water to only 42% of the population. The sampling was done for only four years (2009-2013) and extrapolated to a lifetime.

Many potential, additional variables were not considered. For instance, a major source of lithium is diet, and some bottled water contains lithium. The study did not take this into account.

An intriguing aspect of the results, for which no explanation was given, was that the relationship wasn’t linear. That is, lower doses (5.1-10µg per litre) increased the risk of dementia by about 20%, whereas exposure to levels over 15µg/L reduced the risk by about the same amount.

We’re not there yet

Observational studies (which make educated assumptions by observing a sample of the population) have considerable merit in the epidemiology of dementia, but have sometimes led to blind alleys. Aluminium is a useful example, with its preventive role in dementia still unclear after several decades of observations. A concern is lithium may take the same path.

Read more – In defence of observational science: randomised experiments aren’t the only way to the truth

Lithium was once widely used as an elixir and even as a salt substitute, but was discredited because of lack of effectiveness, marked toxicity and early death. We must wait for more observational studies with the rigour such studies warrant before we start clinical tests of its effects in drinking water.

We must also study the potential harmful effects of lithium on the thyroid and the kidney, as these organs bear the brunt of long-term harms of lithium. For now, there is insufficient evidence to add lithium to the drinking water.

Perminder Sachdev does not work for, consult, own shares in or receive funding from any company or organisation that would benefit from this article, and has disclosed no relevant affiliations beyond their academic appointment.