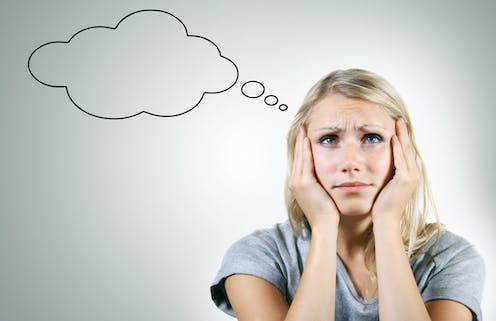 The phenomenon of not being able to picture something in your 'mind's eye' is known as aphantasia.from shutterstock.com

Imagine an apple floating in front of you. Now see if you can rotate it around in your mind. Look at it from the top, bottom – does it have any blemishes? How clearly can you see it?

Some people see the apple perfectly, like watching a movie, while others have a very poor wavering image. Although it might be hard to believe, a small proportion of otherwise healthy people report having no visual experience at all. In other words, their minds are completely blind – no matter how hard they try they don’t seem to see the apple.

In fact, such individuals are often startled to find that people are not speaking in metaphors when they say, “I picture it in my mind’s eye.” This phenomenon of mind blindness has only recently been given a proper name – congenital aphantasia. 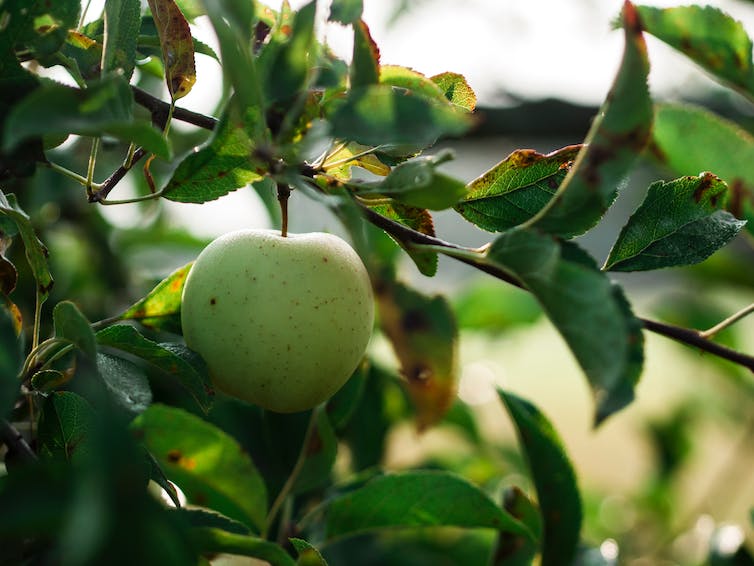 How clearly did you see the apple?Photo by Aaron Burden on Unsplash

One of the creators of the Firefox internet browser, Ross Blake, realised his experience of visual imagery was vastly different from most people when he read about a man who lost his ability to imagine after surgery. In a Facebook post, Blake said:

What do you mean ‘lost’ his ability? […] Shouldn’t we be amazed he ever had that ability?

We’ve heard from many people who have experienced a similar epiphany to Blake. They too were astonished to discover that their complete lack of ability to picture visual imagery was different from the norm.

Visual imagery is involved in many everyday tasks, such as remembering the past, navigation and facial recognition, to name a few. Anecdotal reports from our aphantasic participants indicate that while they are able to remember things from their past, they don’t experience these memories in the same way as someone with strong imagery. They often describe them as a conceptual list of things that occurred rather than a movie reel playing in their mind.

Read more: We’re capable of infinite memory, but where in the brain is it stored, and what parts help retrieve it?

As Blake describes it, he can ruminate on the “concept” of a beach. He knows there’s sand and water and other facts about beaches. But he can’t conjure up beaches he’s visited in his mind, nor does he have any capacity to create a mental image of a beach. 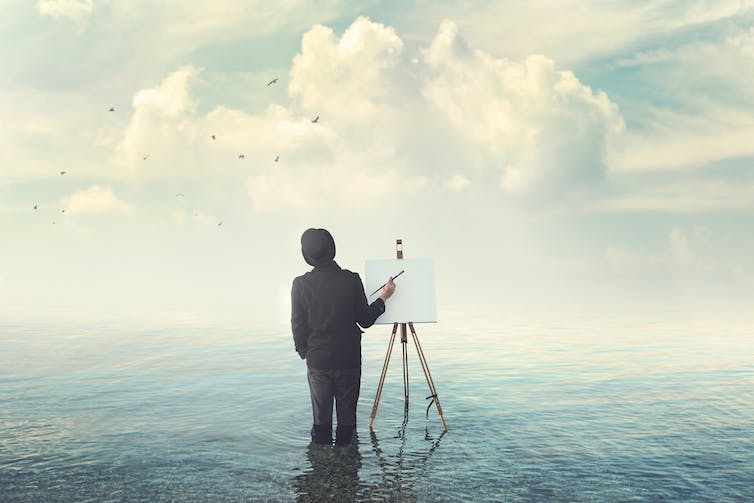 Some people have no ability to visually imagine.from shutterstock.com

The idea some people are born wholly unable to imagine is not new. In the late 1800s, British scientist Sir Francis Galton conducted research asking colleagues and the general population to describe the quality of their internal imagery. These studies, however, relied on self-reports, which are subjective in nature. They depend on a person’s ability to assess their own mental processes – called introspection.

Some researchers have suggested aphantasia may actually be a case of poor introspection; that aphantasics are in fact creating the same images in their mind as perhaps you and I, but it is their description of them that differs. Another idea is that aphantasics create internal images just like everyone else, but are not conscious of them. This means it’s not that their minds are blind, but they lack an internal consciousness of such images.

In a recent study we set out to investigate whether aphantasics are really “blind in the mind” or if they have difficulty introspecting reliably.

To assess visual imagery objectively, without having to rely on someone’s ability to describe what they imagine, we used a technique known as binocular rivalry – where perception alternates between different images presented one to each eye. To induce this, participants wear 3D red-green glasses, where one eye sees a red image and the other eye a green one. When images are superimposed onto the glasses, we can’t see both images at once, so our brain is constantly switching from the green to the red image. 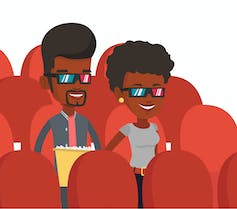 When people are presented with two completely different superimposed images, a person will be able to see only a red or blue image when wearing 3D glasses – not both at the same time.from shutterstock.com

But we can influence which of the coloured images someone will see in the binocular rivalry display. One way is by getting them to imagine one of the two images beforehand. For example, if I asked you to imagine a green image, you will be more likely to see the green image once you’ve put on 3D glasses. And the stronger your imagery is the more frequently you will see the image you imagine.

We use how often a person sees the image they imagine as a measure of objective visual imagery. Because we’re not relying on the participant rating the vividness of the image in their mind, but on what they physically see in the binocular rivalry display, it removes the need for subjective introspection.

In our study, we asked self-described aphantasics to imagine either a red circle with horizontal lines or a green circle with vertical lines for six seconds before being presented with a binocular rivalry display while wearing the glasses. They then indicated which image they saw. They repeated this for close to 100 trials.

We found that when the aphantasics tried to form a mental image, their attempted imagined picture had no effect on what they saw in the binocular rivalry illusion. This suggests they don’t have a problem with introspection, but appear to have no visual imagery.

Why some people are mind blind

Research in the general population shows that visual imagery involves a network of brain activity spanning from the frontal cortex all the way to the visual areas at the back of the brain.

Read more: Some people can’t see, but still think they can: here’s how the brain controls our vision

Current theories propose that when we imagine something, we try to reactivate the same pattern of activity in our brain as when we saw the image before. And the better we are able to do this, the stronger our visual imagery is. It might be that aphantasic individuals are not able to reactivate these traces enough to experience visual imagery, or that they use a completely different network when they try to complete tasks that involve visual imagery. 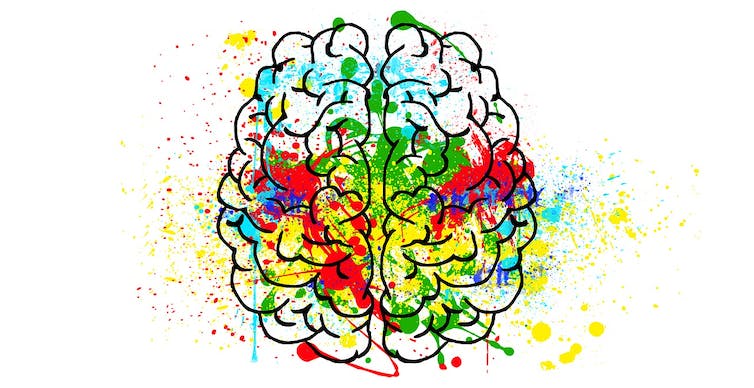 It’s thought when we imagine something we try to reactivate the same brain activity as when we saw that thing previously.

But there may be a silver lining to not being able to imagine visually. Overactive visual imagery is thought to play a role in addiction and cravings, as well as the development of anxiety disorders such as PTSD. It may be that the inability to visualise might anchor people in the present and allow them to live more fully in the moment.

Understanding why some people are unable to create these images in mind might allow us to increase their ability to imagine, and also possibly help us to tone down imagery in those for whom it has become overactive.

Rebecca Keogh works for the University of New South Wales and has received funding from the Australian Government in the form of an APA scholarship during her PhD.