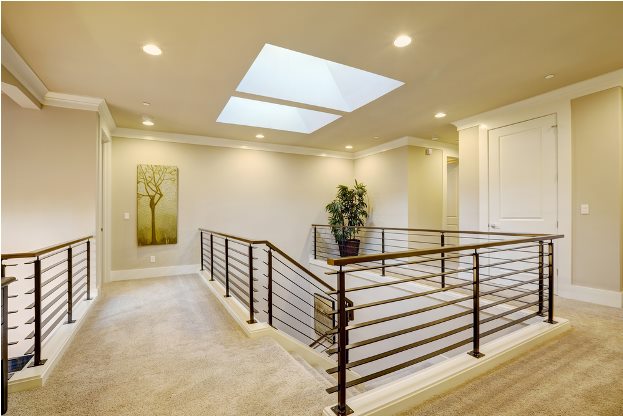 Regardless of whether you've recently purchased a new-build home or have lived in the same one for decades, there's nothing quite as unsightly and frustrating as wide, spidering cracks taking over your walls.

These cracks not only devalue your home to buyers and open up small crevices for vermin or insects to live, but they are also telling you there could be something seriously wrong with your home's foundations.

If you're looking for a way to fix wall cracks or prevent them from getting worse, then we have a few tips and resources for you below.

It's important to know that small hairline cracks in your home's walls are not uncommon and are usually expected, regardless of your home's location or age. These cracks commonly occur because of movement in the ground and foundations, called 'settling' though they can also arise from use - such as when we lean on or bump into walls.

However, if you've begun to spot cracks in your walls getting more prominent, wider or growing up walls over time, then there may be cause for concern.

In all homes, the structural walls rest on foundations and supporting beams and pillars beneath the floor. If these structural elements aren't strong enough or built improperly, your foundations and walls above will move around, resulting in cracked walls.

A few other common situations that can cause cracks:

It may come as a surprise to many homeowners that there are a few different types of cracks to be on the lookout for. The size, shape and colour of a wall crevice or fracture will tell you a lot about what's causing it and whether there's an easy fix or not.

These are the most important and arguably most damaging, so it's good to be aware of them. If you're spotting cracks in walls that run diagonally or zig-zag across a surface, there's a chance that this is a structural issue.

A foundation may be dipping lower on one side of the wall than the other, which will ultimately pull one side of your home into the soil further than the other. In a similar vein, large cracks should be a cause of concern as they may impact your home's structural integrity on their own.

These are the small cracks you'll often spot at corners or in the middle of a wall. These often don't spread, nor do they get very wide. These types of wall fractures are usually a sign that your drywall or plasterboard has been installed improperly.

You may need to re-glue and re-tape these areas, though these shouldn't be cause for concern with regard to the structure of the home.

All cracks that are sporadic and feature any kind of discolouration are almost certainly water or leak related. When water enters a wall, it softens all timbers, most batts and sarking and generally makes a mess of the interior voids, leading to cracking.

It may be worth your while having a qualified tradesperson take a look at the potential leak before you move forward with fixing the wall.

Repairing The Types of Wall Cracks

From the three types of cracks mentioned above, there are two ways to be effective in repairing them. Depending on the size and complexity of an underlying problem, you may be able to DIY a fix and get a great result provided you have the right tools, though a foundational problem will require a little more work.

For cracks that have occurred as a result of poorly adhered drywall tape, you’ll need to scrape away the tape and adhesives and drywall and re-apply the drywall with new tape. It may take a few coats, though the repair should be smooth and match the rest of the wall.

Because these cracks are likely structural, it may not be possible to repair these without a structural restoration team like Buildfix. These cracks often occur because of shifts in foundations or improperly poured concrete footings, which allow houses to move and crack.