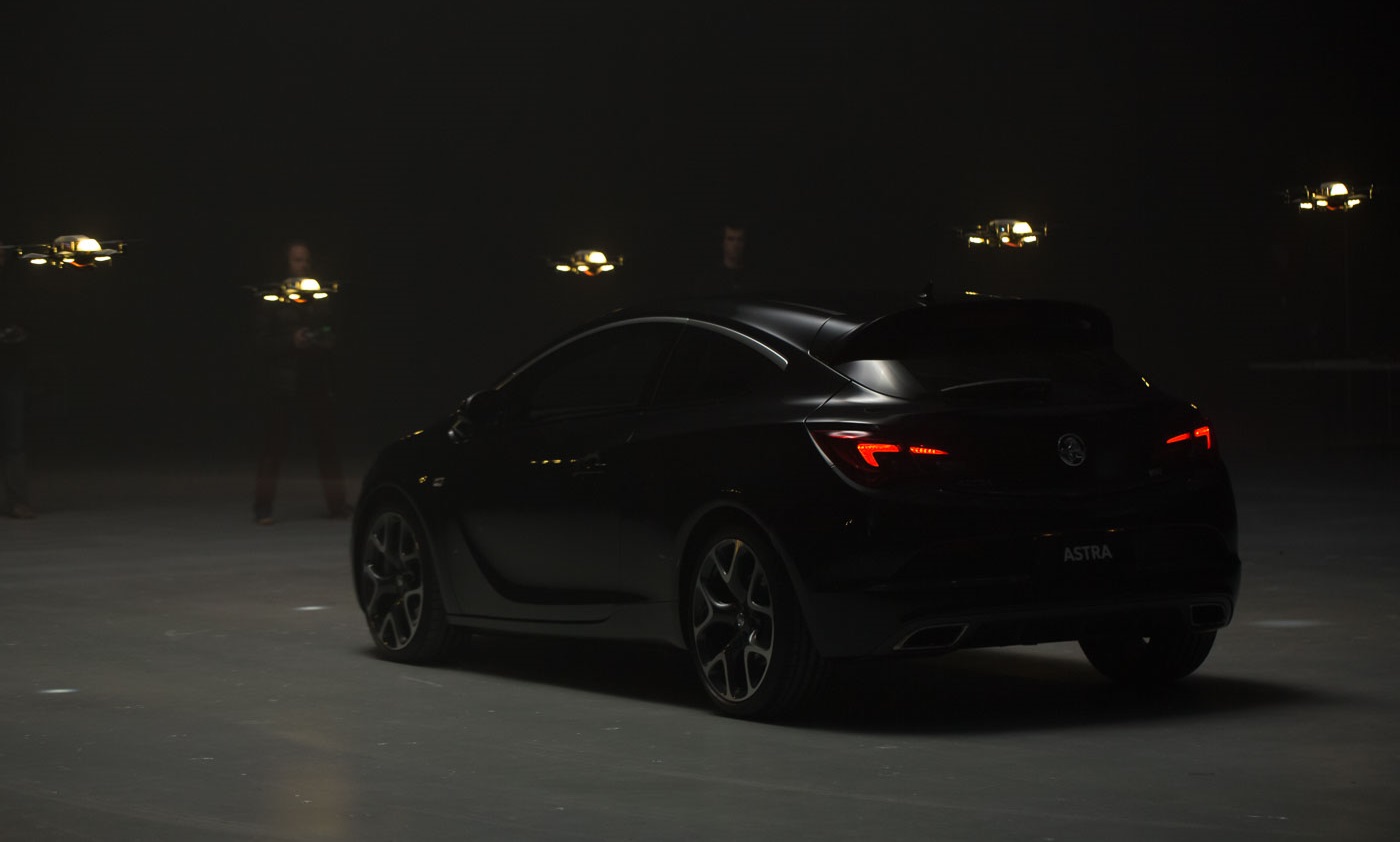 The Astra vs. Drones trailer is scheduled to air on Australian television on Tuesday 21 July, with the full length short film available on the Holden website and The Creators Project the same day.

Shot in a darkened warehouse, the film captures spotlight drones flying in synchronised formation to form a moving racetrack, with corners and checkpoints for Astra VXR to attack.

“This project is all about treating consumers like audiences. Savvy brands such as Holden know it’s okay to market a product, as long as it’s adding value, and they’re telling a story that has a cultural relevance,” Mr Slonim said.

The slick, Carbon Flash Black Astra VXR used in the shoot is the ultimate challenger for the drones, packing 206kW of power and 400Nm of torque in addition to the sophisticated Flexride chassis control system.

Set to the bespoke music of Australia’s Rohan Rebeiro (My Disco/Kangaroo Skull), Astra vs. Drones is directed by Bradley "GMUNK" Munkowitz – a US-based veteran of the global design community who has worked on a range of projects from music videos to Hollywood blockbusters including Tron and Oblivion.

“The various techniques of light manipulation positioned the exercise more towards an art film than anything else, allowing the dramatic, abstract competition between the drones and the car to create a beautiful dance of light, form, colour, performance and technology,” Mr. Munkowitz said.

WATCH THE BEHIND THE SCENES HERE

“Astra is stylish and sophisticated with power and performance to spare; it’s sure to attract new customers to the Holden brand,” Ms. Davys said.

“We are taking the Holden brand into new territory and challenging the status quo. Holden is going to continue to produce engaging and innovative content for our customers, content that traditionally may not be associated with the Holden brand. Astra vs. Drones is perfect example of this, it’s a short film that certainly makes you sit up and take notice.

“The concept of a car vs. drones forming a moving racetrack is one that has never been attempted before, and to demonstrate something as unique and progressive as this is really exciting.”

The new Holden Astra is now available from Holden dealers across Australia.

To view Astra vs. Drones and the special behind the scenes footage, please visit the Holden website.

ABOUT THE CREATORS PROJECT

VICE is the world’s preeminent youth media company and content creation studio. Launched in 1994, VICE now operates in over 30 countries and distributes its programming to hundreds of millions of viewers each month across digital, linear, mobile, film and socials. VICE includes an international