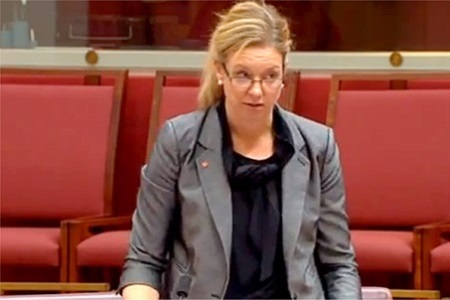 Australia will send a strong team of 13 athletes to the Winter Paralympic Games in PyeongChang next month.

The team was announced today and the Minister for Sport, Senator Bridget McKenzie and Assistant Minister for Social Services and Disability Services, Jane Prentice congratulated them on their tremendous achievement of representing our country on the international stage.

“I congratulate all our athletes named in our Winter Paralympics team today and know you will give your very best in South Korea next month when you represent Australia,” Minister McKenzie said.

“Australia has been represented by talented athletes at every Winter Paralympics to date and has a rich and successful history, including 30 medals; 11 of them gold.

“The entire nation is looking forward to celebrating the journeys and achievements of you, our 2018 team.”

“The stories of endeavour and ambition are everywhere. Bunbury’s Sean Pollard will make his Paralympic debut, having survived a shark attack in 2014. Queensland’s Simon Patmore will become only the sixth Paralympian to represent Australia at a Winter and Summer Games. Simon will compete in the snowboarding in South Korea, having claimed bronze in the T46 200m athletics at the 2012 London Paralympic Games,” Minister Prentice said.

“Visually-impaired athletes Patrick Jensen and Melissa Perrine will compete in partnership with their guides Lara Falk and Christian Geigier, wonderful examples of the trust required to perform at the elite level.”

“The Australian Government is proud to support our Winter Paralympic athletes and would like to acknowledge the superb job the Australian Paralympic Committee is doing to support and prepare this group of athletes, along with Ski & Snowboard Australia and Disabled Wintersport Australia,” Minister McKenzie said.

The Australian Government, via the Australian Sports Commission and AIS, invests more than $13 million annually directly to high performance Paralympic sports, supplemented by direct grants to athletes, known as dAIS.

Almost 700 athletes from 50 countries are expected to compete at the PyeongChang Paralympic Winter Games, staged from March 9–18 2018.