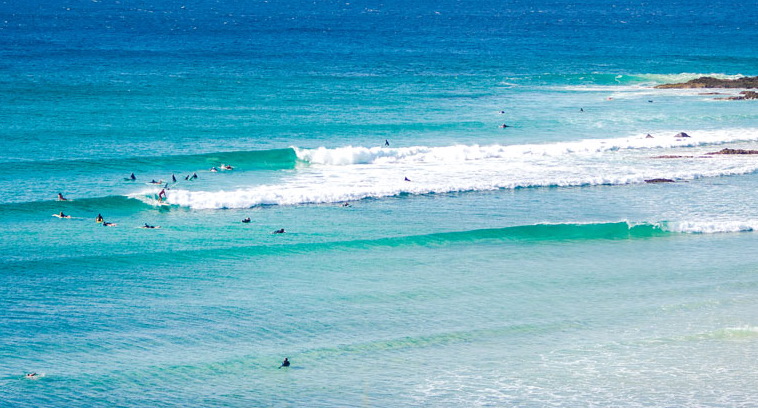 What we have now are removable fin systems. The box (as it is commonly called nowadays) is attached to the board, making sure that there are no air bubbles created. There is a whole lot of models for surfboard fin systems. Read this if you want to know more about them.

Here is a list of the few major fin systems that are dominating the fin industry along with the technology that makes each of them unique.

Known as FCS, this is the producer of top-quality surfboard fins in the world. Many world champions used FCS fins at the time of their wins because they are well-made and are known for their performance and durability. The secret to its success can be attributed to the groundbreaking fin-plug design. In this design, the fin box is attached deep into the surfboard, where it grasps the laminates on the underside and deck of the surfboard.

The advantage of the FCS fin plugs is it becomes a part of the surfboard’s construction. This is made possible with a unique interface between the fins and the fin plugs. It can only be used with FCS pin plugs.

The Future fins are another high-quality brand for surfers. Its difference from FCS is unlike the two-pronged systems introduced by FCS, the Future fins are more tapered to fit into the extended fin boxes and are glassed into the bottom of the board. The whole based of the fins is screwed to have a strong hold on its entirety. It may wiggle a little and needs to be secured with a fin key for maximum grip. It is also exclusive to Future fin boxes.

The design of Rainbow Fin Co. is similar to Future Fin Systems; the only difference is they are slightly smaller. The fins have the same sizes, and only a small part of the fins can fit into the boxes. This mechanism is unique to the Rainbow. To fit into the fin system market, Rainbow fins can fit into other systems like FCS, LokBox, Future, among others.

This brand differentiates itself from the standard shortboard systems with the base of the longboard fins filling only a small part of its fin box. This lends adjustability to the entire fin setup: letting the fin sit at the back of the board, rendering more control. It also provides the ability for customization of the fin hic his preferred by long boarders.

There is a wide variety of surfboard fins system options available in the market. When buying one, it is essential to know what each system can offer and how it will fit your requirements.