The second wave of the coronavirus and the resulting restrictions have impacted all Victorians. Many are struggling, but some are struggling more than others.

In response to the increasing number of people having a hard time coping with the pandemic, the Victorian government yesterday announced an additional A$59.7 million in funding for mental health services.

Read more: Number of Australia's vulnerable children is set to double as COVID-19 takes its toll

A busy emergency department is never an ideal place for someone experiencing mental distress. But now, to reduce the risk of infection, it is even more important to give people the support they need before they end up in hospital.

The mental health system was “broken” before COVD-19

The royal commission had only released its initial recommendations and interim report when the coronavirus hit, overwhelming an already broken system.

Read more: The government will spend $48 million to safeguard mental health. Extending JobKeeper would safeguard it even more

The new funding is in addition to the work of the royal commission and the funding announced in Februrary and April. 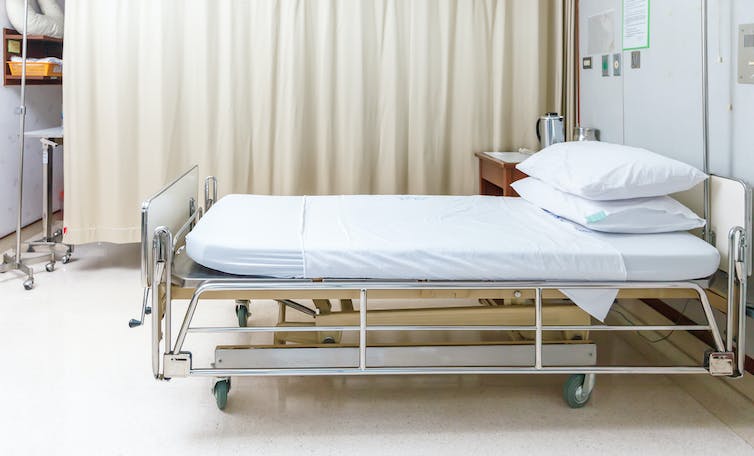 The government has slightly increased the total number of new mental health inpatient beds to 144 from the 135 recommended by the Royal Commission. Shutterstock

Just over A$4 million has been committed to accelerating the statewide rollout of the Hospital Outreach Post-Suicidal Engagement (HOPE) program to Box Hill, Royal Melbourne, Monash, Heidelberg and Broadmeadows hospitals. But as with the extra inpatient beds, this program was already in the Royal Commission’s recommendations, so it’s not a new initiative, just accelerated.

But there are also some genuinely new initiatives. Some A$11.1 million has been designated to community-based mental health services to be open seven days a week, with extended hours and additional staff. General hospitals and general practitioners will have increased consultancy from psychiatrists to the tune of A$7 million. Headspace, which provides community mental health support to 12-25 year olds, has also received A$1 million across 15 Melbourne sites to reach young people in their homes. 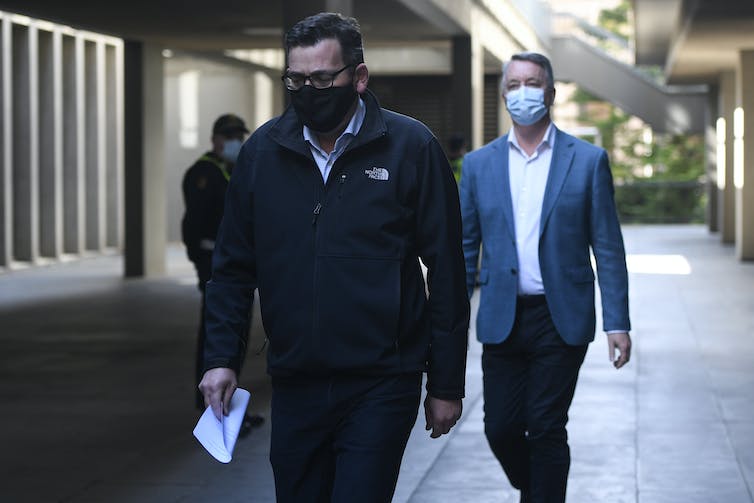 More than half of the new funding announced by the Victorian government on Sunday is for hospital–based or post-hospital services. Erik Anderson/AAP

More than A$1 million has also been allocated to supporting the mental health of police, paramedics, nurses and midwives. This is a valuable investment, but is arguably filling an existing need rather than catering to the effects of the pandemic.

Read more: Predicting the pandemic's psychological toll: why suicide modelling is so difficult

Increased restrictions have made accessing services even harder. Telehealth services are increasing, but for many people a virtual meeting is no replacement for face-to-face contact. Some people don’t have the devices necessary for virtual meetings, can’t afford the data, or are not proficient in using technology.

Limited access to services is only part of the problem. Normally, people maintain good mental health by being active, working, and staying connected to their families and communities. These activities cannot be replaced by a weekly online counselling session. 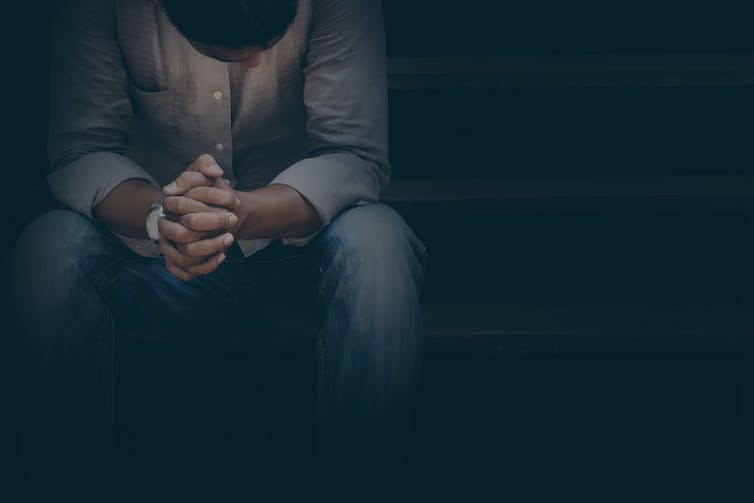 Compared with last year, the number of people going to emergency departments for mental health reasons has increased by nearly a quarter. Shutterstock

Will it make a difference?

The coronavirus and related restrictions have had devastating effects on people’s lives and livelihoods. Those who are most affected by restrictions include Victorians in precarious work, those who are experiencing family violence, or Victorians who live in disadvantaged areas.

This new funding is certainly welcome, and if it prevents the loss of even one life, it will be worth the investment. But the funding ultimately equates to only about A$10 per Victorian, and there will be many people who still can’t get access to services. The royal commission may bring much needed change to the system, but in the meantime many of our most disadvantaged community members will still not receive the support they desperately need.

What is really required is an approach that recognises this is just as much a social issue as it is a health issue – no amount of government support can replace a connected and supportive community.