During crises and disasters, alcohol and other drug use often changes. But the changes are not straightforward and impacts may be different for different groups of people.

There doesn’t seem to have been significant overall increases or decreases in alcohol or other drug use during the COVID-19 pandemic, but some groups are at increased risk. And access to treatment is more limited for those who need it.

There’s a bit of data around, but the picture is still not quite clear. As researchers from the Centre for Alcohol Policy Research at La Trobe University have argued in an editorial published today, we need more research to understand the influence of the pandemic on use.

There were some early indicators of increases in Australians’ alcohol consumption as the pandemic hit, possibly related to increased stress. But that effect seemed to reduce as we settled into the new normal.

At the beginning of COVID-19 restrictions in March, Commonwealth Bank reported spending had increased on alcohol, but this was then reversed in April.

And in April, a study by the Foundation for Alcohol Research and Education found that most people who had stockpiled alcohol reported drinking more. Also around the same time, Australian Bureau of Statistics data showed more people had increased their drinking (14.4%) than had decreased it (9.5%).

By May, the Australian National University found more people had decreased their drinking (27%) than had increased it (20%). The Global Drug Survey between May and June found similar results among the mostly young people who responded.

However, alcohol use seemed to increase among some groups, possibly those who are more vulnerable to harms.

Read more: Worried about your drinking during lockdown? These 8 signs might indicate a problem

In both the ABS and ANU studies, more women had increased their drinking than decreased it, which seemed to be related to higher stress linked to increased responsibilities at home.

In a survey of people who use illicit drugs, more people increased (41%) than decreased (33%) drinking. And among people who inject drugs around 11% reported increased drinking.

There have also been indicators that family violence has increased during this time. Alcohol and other drug use is a risk factor for family violence.

We need more data about heavy drug use

Since the onset of the pandemic, two studies found cannabis use had increased but other drug use had decreased or was stable. The respondents were mostly young, used for recreational purposes and were not dependent nor did they have serious problems.

Reductions in use of drugs like MDMA and cocaine, which are associated with festivals and parties, are not surprising since these large events have been restricted for months. 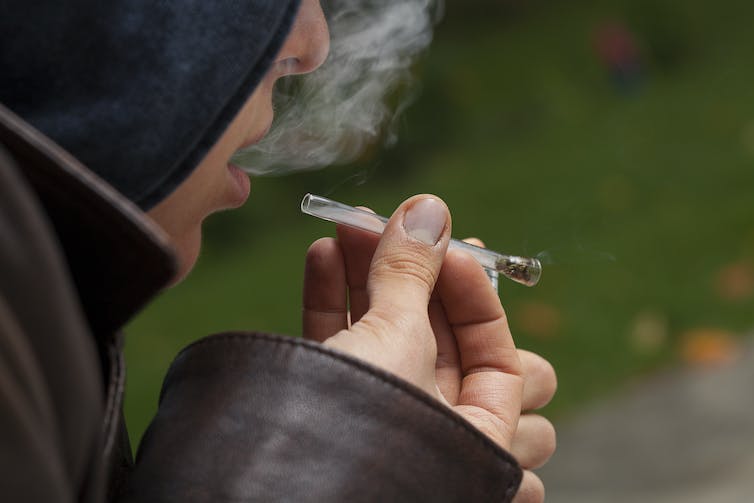 Two studies suggested cannabis use was on the rise, but we still need more and better data on how the pandemic has impacted heavy users. Shutterstock

Most of the research hasn’t involved people who are heavy or dependent users, so we don’t know much about changes in use in these groups.

One study of people who inject drugs (who tend to use more regularly) reported some changes to availability and purity of some drugs, and small changes in use, but again some people increased and some decreased their use.

With physical distancing and lockdowns, it’s likely more people used alone or with fewer people. This means if anything goes wrong, help is further away.

A survey of treatment services found that among services that reported changes in demand, most had an increase. Most services also reported that mental health problems, family violence and financial stress had all increased among people who use their services. These factors can make treatment more complex.

There is some evidence fewer people accessed medication treatment for opioids during the restrictions, like methadone.

COVID-19 restrictions have changed the way many services offer treatment. Most residential rehabilitation services have reduced the number of places available so they can ensure physical distancing. 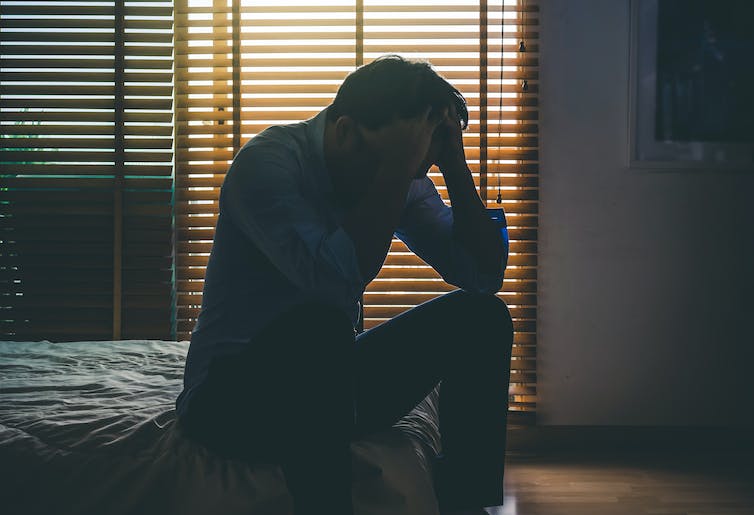 Before COVID-19 there were already long waiting lists for residential rehabilitation, so with more than 70% of services reporting reduced capacity, people may have found it harder to access residential treatment.

Non-residential services (like counselling or day programs) haven’t significantly reduced the number of people they see, and most have partially or fully moved to telehealth.

As a result, around 35% of services said fewer people missed appointments. This might be due to the easier access telehealth provides, including the reduced travel time.

However, around 25% of services said more people missed appointments. Anecdotal interviews suggest some of this might be due to difficulty transitioning to online appointments. One person said: “I know they are on Zoom but I don’t know how to use it”.

These adaptations are more complex than they appear. The time and effort required for services to make significant changes takes time away from providing treatment.

The move to telehealth is a significant one, requiring additional hardware and software, training of staff, and help for people who use the service to work out how to use the technology. Things like ensuring confidentiality can be more difficult when someone is receiving counselling at home with family around, for example.

The alcohol and other drug sector was already significantly under-resourced and struggling to meet existing demand before COVID-19.

In April, federal health minister Greg Hunt announced A$6 million in funding for alcohol and other drug services. Just over half of this was allocated to three organisations to increase online access to support services. The rest went to information and awareness campaigns. But no funds were set aside for existing treatment services to make COVID-19 related changes to their services.

Various state governments have allocated some funding to support alcohol and other drug services to adjust to COVID-19:

Further funding is needed to ensure services can continue to provide COVID-safe services.

If you’re worried about your own or someone else’s alcohol or other drug use, you can get help by phoning the National Alcohol and Other Drug Hotline on 1800 250 015.

You may also be eligible to access one of the new telehealth services. Talk to your GP to find out more.