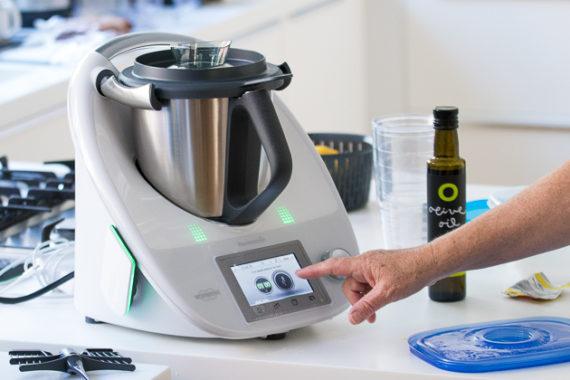 You'd be hard pressed to find a parent who hasn't at some stage faced their children in a battle of wits around vegetables. But don't despair; these countless battles also lead to parents discovering smart ways to get their kids to eat more veggies.

And these aren't all sly tricks, but rather innovative approaches that benefit from an understanding of behaviour, influence, and even taste.

If you expect your children to eat vegetables more often, you better be doing the same yourself. You cannot expect them to make any effort if the rules only seem to apply to them.

Get your children to join you in the kitchen when you're preparing dinner. They can start out by watching what you are doing, with you also explaining as you work. Depending on what you are cooking, give them some raw vegetables to nibble on; you may find that they don't like a particular vegetable cooked, but are quite happy to eat it raw. That's a definite win, even if it wasn't what you intended.

When shopping for fresh veggies, ask them to pick their two favourite vegetables that they can help you cook for dinner.

It can take up to 20 experiences with a disliked food before children begin to - possibly - like it. Don't force them to eat it, but encourage them to take at least one bite each time it is served. Don't give up too soon, but avoid threats of no after-dinner treats if they don't eat everything. Instead you can switch to rewarding them each time they do take at least one bite.

But don't switch to unhealthy alternatives

Most children have an obsession with at least one type of food or dish, and it seldom includes a vegetable. When they hear that you're preparing some vegetable they're not too fond of, they may resort to begging you for their favourite instead. Don't give in, because once they know there favourite is available as an alternative, they'll be even less willing to try any vegetable dishes.

Even as adults we sometimes react strongly to bitter tastes, and while some vegetables work wonderfully with just a little bit of seasoning, others could do with some flavour enhancements. Don't be afraid of dressing vegetables up with garlic, bacon, butter, and even cheese. The extra calories should be fine if they're still very active, and you can always ease back on them later.

Put fun back on the plate

If you're an adventurous cook, always trying out new thermomix recipes, then you deserve a hearty, "well done". If not, maybe it is time you learnt to be, for the good health of your children? The internet has transformed our access to information, and it isn't hard to find food lovers willing to share their favourite recipes with the world. And many times these recipes emphasise healthy eating through smart use of vegetables in foods that many children already love. Often they will also include a video demonstration, making it easy for reluctant cooks to follow along, and learn new ideas in the process.

If there is a foolproof approach to getting kids to eat more veggies, it hasn't been shared with the rest of the world. But some of these tips will be successful with some children, as long as you don't give up too soon, and remember to set an example for your children to follow. After all, healthy eating doesn't only apply to children.