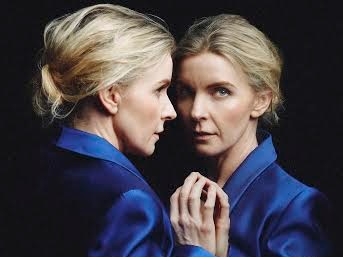 Orlando (McKenzie) is a nobleman in the court of Elizabeth I who catches the eye of many, including the aged Queen (Gaden) herself. As his story unfolds a world of ravishing Russian beauties and Romanian aristocrats eventually leads him to a particularly debauched night in Constantinople and a long slumber from which he awakes transformed. Orlando is now a woman and she must find her way to her true self via a glorious journey of time travel from the 16th Century all the way through to the twentieth.

Inspired by her affair with the author Vita Sackville-West, Orlando is arguably Woolf’s most popular and accessible novel and often cited as a feminist classic. The fantastical escapade was memorably adapted for film in 1992 featuring Tilda Swinton as the eponymous hero.

Director Sarah Goodes most recent work for STC includes Kylie Coolwell’s Battle of Waterloo and Joanna Murray-Smith’s Switzerland (to be remounted for Melbourne Theatre Company in 2016). She again collaborates with Designer Renée Mulder, with whom she has worked on Battle of Waterloo, The Effect, The Splinter and Edward Gant's Amazing Feats of Loneliness for STC.

Suncorp Twenties become available for Orlando from Tuesday 3 November. Suncorp Twenties (a selection of $20 tickets for every performance) are released for sale each Tuesday at 9am for the following week’s shows (Monday to Sunday).