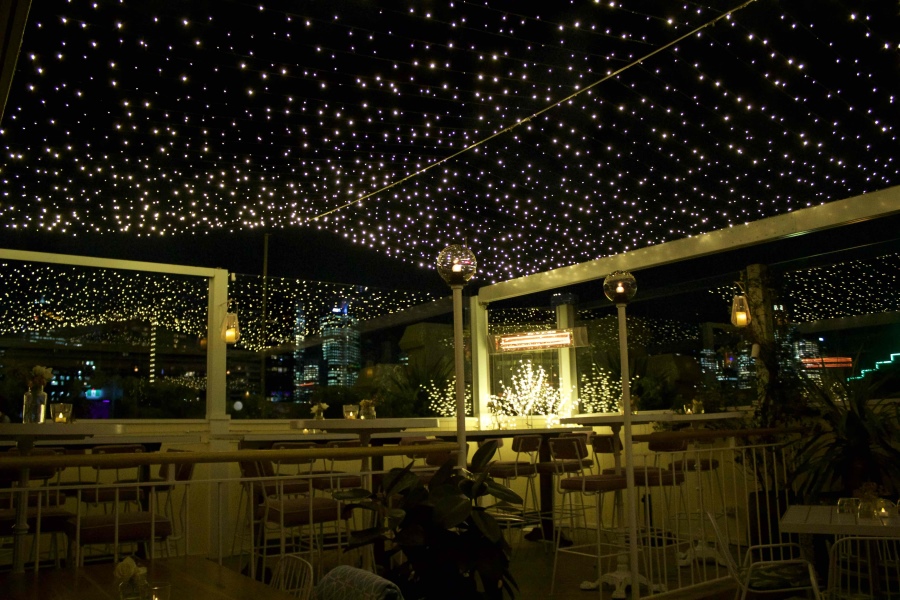 The Winter Garden created on the hotel’s Terrace Bar resembles a European inspired winter market complete with lanterns and enough heaters to melt the coldest of hearts.

Patrons can wrap themselves in snowflake-print blankets or canoodle by fairly-lit trees while sipping Martel cognac hot toddies, warm mead and mulled wine.

Few will be able to resist East Village Hotel’s impressive Winter Escape menu, heavy with the season’s most tempting traditional treats, including a range of festive favourites ranges from honey-glazed ham with spiced pear chutney, beef bourgignon and crostini, to bratwurst, currywurst and much more.

East Village Hotel co-owner Locky Paech was inspired to create Sydney’s most inviting Winter Garden venue after experiencing first-hand the magical atmosphere of extravagantly decorated Christmas markets in Prague and Berlin while on a recent trip to Europe with his wife Louisa.

“I could not believe how spectacular those markets were,” Locky says. “There were thousands of lights strung above elaborately decorated streets, and stalls were selling the most warming delicious hearty food.

“So even though it’s freezing cold it’s the last thing you notice or feel because there’s heating everywhere and you’re focusing on how beautiful it all is, eating really well and washing it down with hot drinks like mulled wine.

“That’s why I’ve brought the idea back here to East Village’s rooftop this winter. We’ve let loose with decorating its terrace like one of those markets and put as much of that rustic market food on our menu as possible - because those dishes and snacks are the essence of a traditional winter season.”

Co-inciding with an array of other winter events around the city including ice skating in Bondi, the East Village Hotel’s Winter Garden Escape will be perfect to stop in to refuel with a warming cocktail, a sweet or savory pretzel or a full meal with all the trimmings.