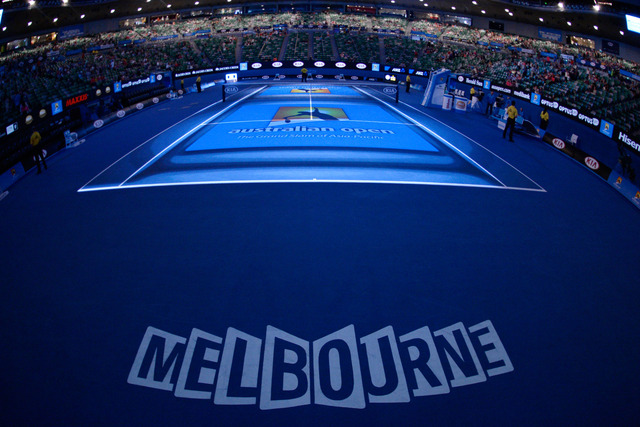 Melbourne will once again serve up the biggest names in world tennis when it hosts the 2017 Australian Open this month.

The Australian Open is the largest annual event in the southern hemisphere and features some of the world’s best and home grown tennis stars such as Andy Murray, Nick Kyrgios, Angelique Kerber and Sam Stosur.

From Monday 16 January, the event will showcase the best of Melbourne – major events, sport, food and entertainment.

The Australian Open Festival at Birrarung Marr will provide family-friendly entertainment, including the ANZ Tennis Hot Shots where kids will have the chance to hone their skills.

The new Tanderrum Bridge is open to safely usher thousands of fans to the action at Melbourne Park.

Bumper crowds are again predicted for the 2017 Australian Open, and millions will tune in across the globe to one of the world’s most-watched sporting events.

Last year a record 720,362 fans poured through the gates, with 900 million more tuning into Melbourne on television broadcasts.

The 2017 event is expected to keep hotels and restaurants busy, providing a significant boost to the local economy, jobs and the tourism industry.

The Australian Open grand slam is the perfect way to kick start Melbourne’s packed calendar of sporting and major events for 2017.

We’re building a bigger and better Melbourne Park to make sure the Australian Open stays in Melbourne and continues to go from strength to strength.

It’s just one of the many reasons why we’re one of the top sporting destinations in the world.