Victoria’s contact tracing system has faced criticism in the past for being inefficient, with officials flying to NSW in September to learn from that state.

Comparisons are difficult in a pandemic because each outbreak has its own unique characteristics. That said, there are some key features that underpin the differing responses of NSW and Victoria when it comes to contact tracing.

Fundamentally, NSW’s system of decentralised local area health districts meant when the second wave hit, that state was able to draw on teams embedded in their local communities to manage contact tracing. These teams worked independently but also in concert under the mothership of NSW Health.

In Victoria, a legacy of cuts left the Department of Health and Human Services under-resourced and highly centralised, meaning there was a smaller base upon which to build the surge contact tracing capacity (with some contact tracers coming from interstate).

This was further challenged with the rapid rise in daily new cases, from 65 to 288 in one week alone in July. Systems had to be developed quickly to manage large quantities of data and feed it back to a central hub. The state had to “build the aeroplane while flying”.

Much has changed since then, and for the better. Some hard lessons have been learned along the way but the contact tracing system in Victoria is now very comprehensive and increasingly robust. 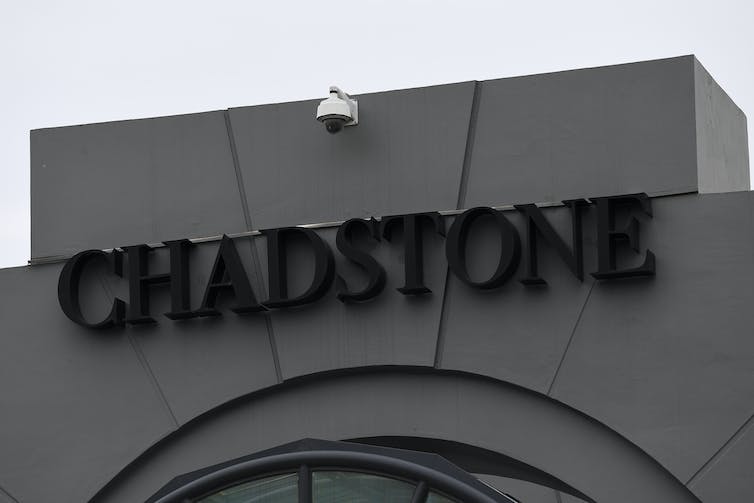 Melbourne’s Chadstone outbreak is a reminder of how quickly clusters can grow. But Victorians can be optimistic the state’s contact tracing has improved significantly in the last few months. James Ross/AAP

Read more: A 14-day rolling average of 5 new daily cases is the wrong trigger for easing Melbourne lockdown. Let's look at 'under investigation' cases instead

Community engagement and local knowledge might seem like buzzwords but in a pandemic, they’re vital to ring-fencing a cluster.

NSW’s system of devolved public health units and teams meant when local outbreaks occurred, locally embedded health workers were at an advantage. They’re already linked with local area health providers for testing, they already have relationships with community members and community leaders, and they know the physical layout of the area.

If you’re doing a contact tracing interview with someone and they’re talking about a key landmark at a certain time of day, you can visualise it and understand what it means in terms of risk.

What’s crucial is a nuanced understanding of local, social, and cultural factors that may facilitate spread or affect how people understand self-isolation and what’s being asked of them. It can also make a critical difference in encouraging people to come forward for testing.

It’s not just about making sure you have materials printed in the right language. It’s about understanding how people view the health system from their context. If you have people who come from a part of the world with a health system that operates differently to ours, they will bring that understanding with them.

If local health workers and contact tracers are already part of a community, they can bring that expert knowledge into the mix; they can make sure public health messaging is meaningful for local communities. 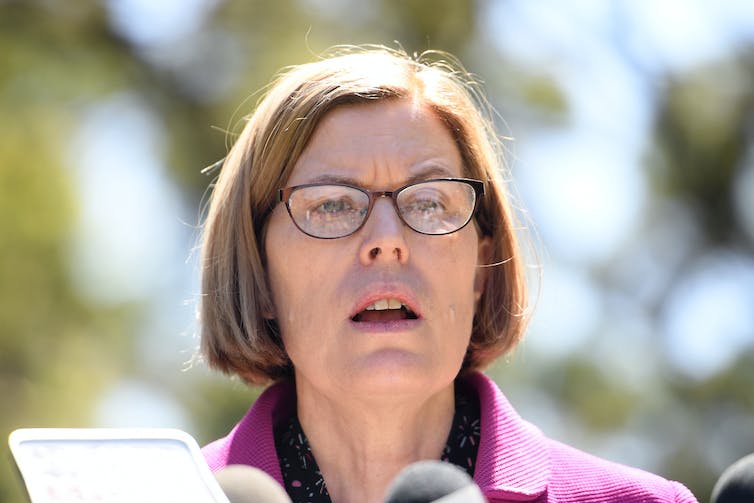 When NSW’s second wave came with the cases at the Crossroads Hotel, they were on high alert, with a system ready to jump on it and chase down every lead.

Victoria had to build its contact tracing capacity on the hop. That local knowledge had to be developed and integrated as they went, often when dealing with large and complex local clusters.

Read more: Victoria's coronavirus contact tracing is about to get faster. Let's make it the first step in a larger digital boost

Since August, the Australian Department of Health has published the Common Operating Picture, which provides a weekly traffic light report of the coronavirus situation across Australia.

In the earlier part of the second wave, you can see Victoria gets an amber or red light for some elements relating to case notifications and outstanding case interviews — in other words, its system was under stress. That’s understandable; when an outbreak gets to a certain size, strain is inevitable.

It has been impressive to see Victoria’s more recent progression to green, meaning the system is coping well. 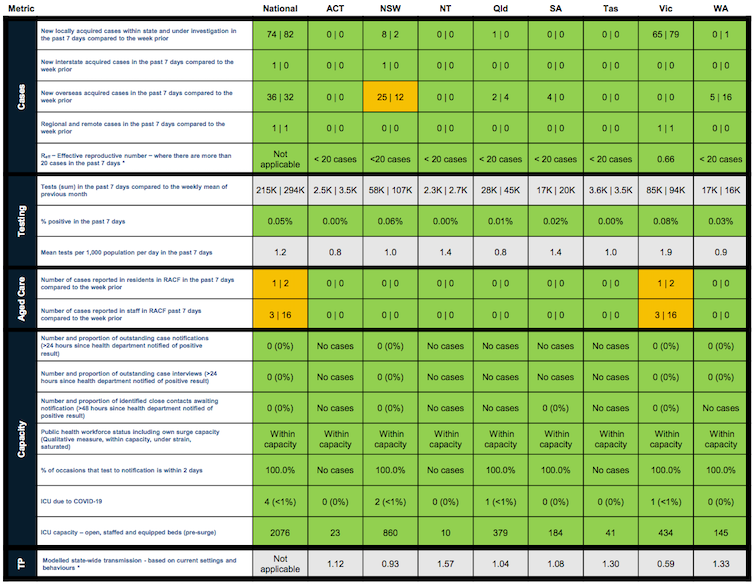 It’s incredibly resource- and labour-intensive, but it’s also a game-changer that will allow outbreaks to be contained quickly. Hopefully, this will be the standard approach state-wide where the circumstances permit and, combined with good cooperation from the public in getting tested early, it’s likely to be very effective.

Victoria has also got better over time at naming exposure sites clearly (in earlier days it could be quite vague).

You can see the evolution of the system happening. What’s admirable in Victoria is they did set about rebuilding their response, including creating regional hubs, while case numbers were high.

I have faith in the design of Victoria’s contact tracing system now, and Kilmore is showing us how it can be rolled out to good effect. Half the latest batch of contact tests results came back on Tuesday, all negative.

There will always be room for improvement and we will learn as we go. 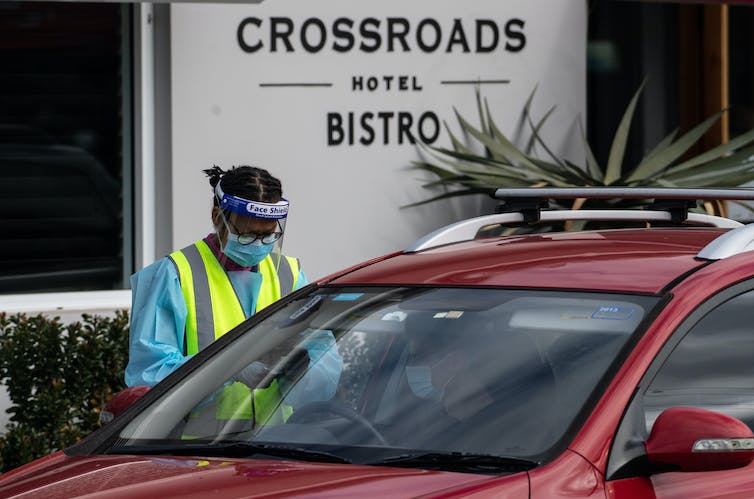 Key to the system working is people cooperating with masks, hygiene and personal distancing, along with broader critical rules limiting home visits and not leaving home if unwell.

Most important is getting tested early, whether you have symptoms or have been at a known exposure site, do it and do it fast. This is how we limit the risk of spread, and reduce the risk families and immediate close contacts will even need to be isolated, much less deal with being infected.

People on the frontline are working incredibly hard within a system being rebuilt around them. They are engaging with people in the community who are frustrated and getting mixed messages.

It pays for all of us to remember the effectiveness of our public health system and Victoria’s public health response is down to the sum of people’s contributions. We all have a role to play.