Barclay was the first Australian contact sportswoman to have her brain donated to the Australian Sports Brain Bank, a medical laboratory that investigates changes in complex nerve structures after death, in order to understand brain conditions sustained by sportspeople.

However, we don’t understand enough about this process in the brain — particularly in sportswomen.

Over the past decade, Australia’s elite women’s sports have experienced unprecedented growth. More than 550,000 Australian women (aged 14 and over) now play a form of football, be it soccer, Australian rules, rugby league or rugby union.

This increase in participation in contact and collision sports has seen a concurrent rise in injuries such as concussions. Concussion is a transient injury to the brain, caused by a jolt to the head or body.

Although specialised brain imaging can detect microscopic changes in the connections between brain regions, concussion is hard to detect on routine brain scans. Diagnosis typically relies on people reporting symptoms such as dizziness, confusion, unsteadiness, nausea and headaches after a collision.

Recognising when someone has suffered a concussion, removing them from the field and carefully assessing recovery are all crucial steps before they return to play.

Read more: Is the National Rugby League legally liable for the long-term impacts of concussions?

Female athletes are more likely to sustain a concussion than their male counterparts.

Like males, women report a range of symptoms after a concussion, such as headaches, mental fatigue, concentration difficulties and mood swings.

Although symptoms can last longer in some people, recovery from a concussion normally takes seven to ten days for adults. Research on length of recovery is mixed but overall supports that women take longer to recover than men. 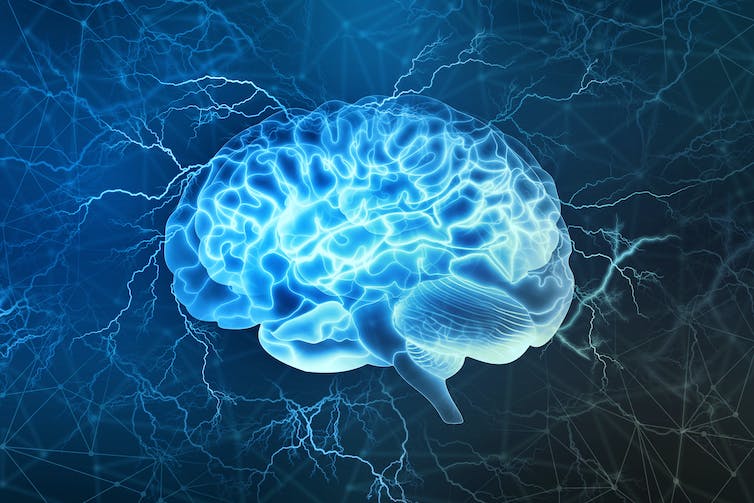 Concussion is typically considered a functional neurological disturbance rather than a structural injury. Shutterstock

These gender-based differences may be due to a combination of factors.

Women tend to be more aware of their symptoms and are more likely to report them, so this may account for some degree of the gap. However, under-reporting still exists.

Female athletes also generally have shorter and narrower necks, and lower head mass (their heads are smaller and less dense). These factors are associated with lower neck strength. Neck strength is a protective factor against concussion, so women may be more susceptible for this reason.

Further, female brains metabolise glucose (sugar) and oxygen faster than male brains. If a head injury temporarily disrupts blood supply to the brain, it could have a greater effect on the faster nutrient-burning female brain.

Meanwhile, sex hormones such as progesterone that vary across a women’s menstrual cycle could also affect outcomes after a concussion. Concussions sustained during the follicular phase (after menstruation, before ovulation) are less likely to lead to symptoms a month later, whereas injuries in the luteal phase (after ovulation, before menstruation) result in poorer outcomes.

Although we don’t fully understand why, concussion outcomes appear to be worse when progesterone levels are high. However, these effects may be negated when women take the contraceptive pill.

Despite these differences, women are an understudied population when it comes to concussion, resulting in a lack of gender-specific treatment guidelines.

Read more: What does concussion do to the brain?

In the context of long-term brain injury and sport, we’ve perhaps most often heard about a condition called chronic traumatic encephalopathy (CTE).

Male former AFL players Danny Frawley and Shane Tuck were both diagnosed with CTE when their brains were examined after their deaths.

CTE is described as a delayed-onset and progressive neurodegenerative disease, with symptoms appearing in midlife or decades after exposure to head traumas. It’s believed these changes lead to an abnormal buildup of a protein called “tau”, which can damage brain cells. 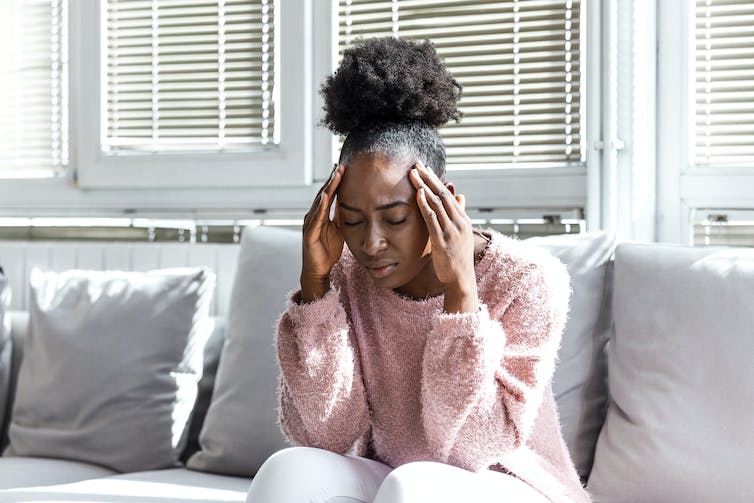 Women tend to take longer to recover from a concussion than men. Shutterstock

But CTE is not the only way in which changes to the brain might present over time. To date, no sportswoman has been diagnosed with CTE (including Barclay).

An article in The Guardian reported Barclay “did not have a substantial clinical history of concussion and her brain did not show evidence of her having sustained a concussion in the weeks before she died”.

Brain bank research can detect white or grey matter changes but may not be able to ascertain which of several possible factors (for example, concussions, substance use, undiagnosed mental illness, ageing) led to the development of brain pathology in a given case.

Brain changes seen in some deceased athletes have also been found in people with a variety of neurological and psychiatric disorders, but with no known history of head trauma or participation in risky activities such as contact sports or military combat.

So there’s a lot we don’t know, and more research we need to do, including involving people outside professional sport.

Increased focus on women is important

We need studies in women to assess the interaction between exposure to single or repeated head impacts and the potential changes in brain and behaviour across the lifespan.

These studies need to use precise tests of attention, response speed and other cognitive abilities, and include indices of genetic risk factors, mental health, and menstrual cycle function pre- and post-injury.

Barclay’s groundbreaking donation to the Australian Sports Brain Bank is an important step towards gender equity in concussion research.

But to further advance our understanding, brain donors should participate in long-term studies during their lives that consider multiple causal or protective factors.

Read more: Here's what we know about CTE, the brain condition that affected Danny Frawley