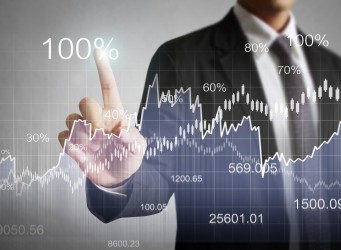 5 Best Ways To Catch Up On Sleep

The cost of not sleeping goes beyond the risks to individual health and wellbeing, (although these are significant as well) but they also significantly impact the Australian economy. A group of medical professionals and economists have quantified how much sleep deprivation costs the economy in a year.

In a recent study, Australian researchers estimate that decreased productivity due to sleep deprivation resulted in the economy taking a hit of more than AU $12 billion in just one financial year. This included $5.22 billion in lowered employment, $1.73 billion in people skipping work, $4.63 billion in people showing up to work but not being able to function well, and $610 million due to people dying early.

Then there are the health costs that arise from sleep deprivation, including over $1 billion spent treating conditions associated with sleep deprivation. Accidents resulted in the loss of a further $2.48 billion, and economic inefficiency cost $1.56 billion.

All told, the researchers estimated that the financial cost of sleep deprivation added up to a cool $17.88 billion, which amounts to around 1.55% of Australia’s total GDP.

From an economic standpoint, sleep deprivation is something we should be, well, losing sleep over.

So for the sake of our national economy, not to mention our personal health, it is vital that we learn to manage our sleep debt. Local sleep expert Cheryl Fingleson of Cheryl The Sleep Coach says “there are plenty of good reasons to get a full night’s sleep that have nothing to do with economics. But the research and fiscal reporting clearly show that the idea of sacrificing sleep for the sake of productivity is one that’s overwhelmingly backfiring. Functioning on no sleep doesn’t make a country more economically competitive - it clearly only results in that country losing money.”


5 Best Ways To Catch Up On Sleep

1. Go to bed when you are tired

Start your bedtime routine earlier than usual and as soon as you feel tired go to bed.

2. Routine and environment are critical

Don’t wait until your eyes are sliding shut on the couch! Set a firm bed time, and stick to it. Disconnect all screens and devices, sleep in a dark, well-ventilated room and use natural linens. Drink a glass of water before bed and another when you wake up.

Don’t expect to get ten hours sleep on the first night, or to make up for a huge sleep debt in one lazy weekend. Be patient. It may take your body two weeks to make up for one week of late nights.

Sleep as much as you can, even after you’ve recovered your sleep debt. Those increments of sleep will continue to benefit you as you pursue your wellness goals. Over time, you will find it easier to cope with future sleep debts when they occur if you have a decent bank of sleep to draw from.

Sleep has at least as much benefit (and possibly more!) than diet and exercise. Respect it and treat it as an important part of your health regimen. Protect your bedtimes and sleep routines like you would any doctors’ appointment.


Cheryl Fingleson of The Sleep Coach is available for comment and expert opinion.