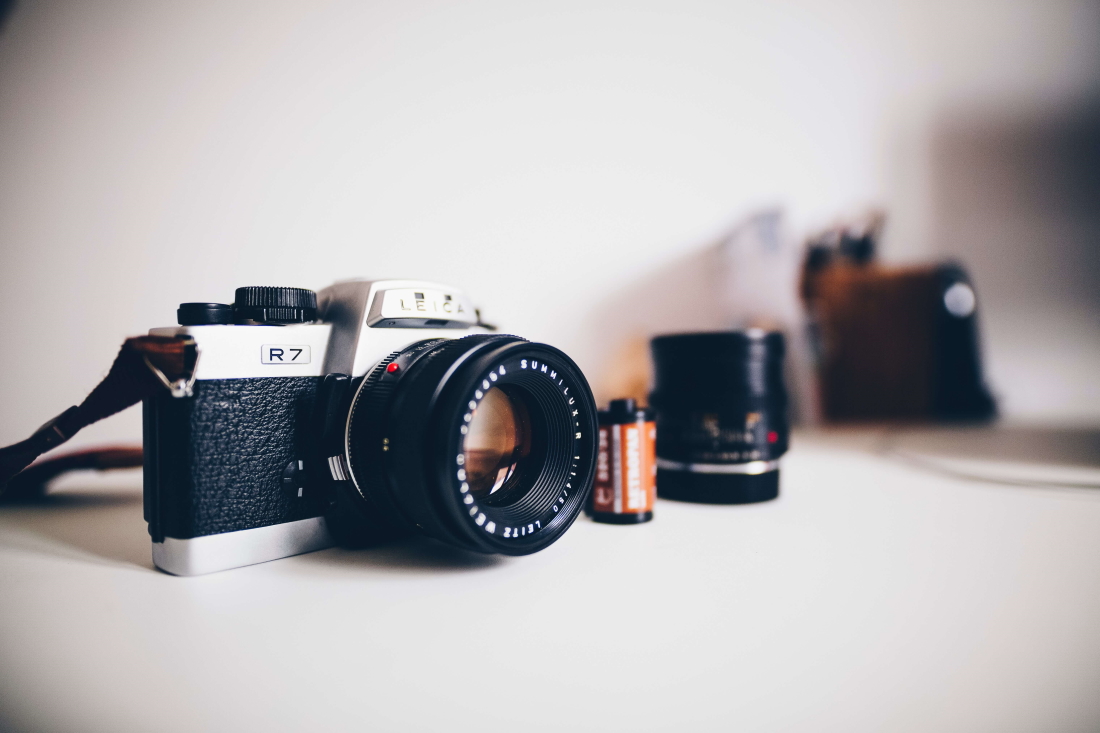 While we love digital cameras as much as the next photography enthusiast, there’s still something undeniably magical about film photography. From choosing a film type to the excitement of waiting days or even weeks to see the results of your shoot, film photography is a world away from the immediacy many of us take for granted nowadays. In recent times, a range of new film photography tools have entered the market, making it easier than ever to enjoy the analogue photography of yesteryear.

To explain how to get into film photography, we’ve teamed up with the photography experts at Ted’s Cameras. From starting off with instant and disposable cameras to the best film to use, read their top tips for starting film photography below. 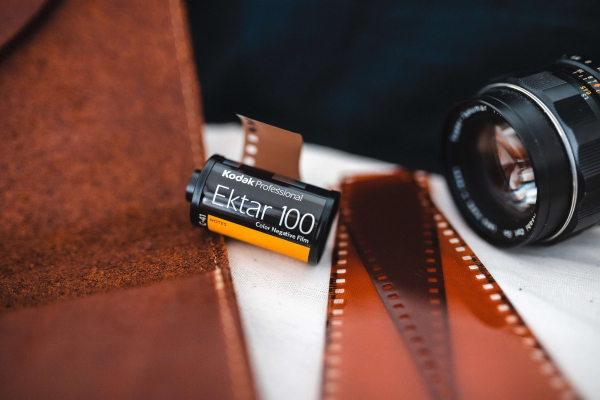 1. Get to know the benefits (and limitations)

First thing’s first: While film photography is admittedly a time-consuming process that requi

res a little more investment than digital photography, it’s well worth the effort. There are plenty of benefits to learning how to shoot a film camera, including:

At the same time, there are a few limitations to be aware of, including the lack of storage capacity. While your mirrorless or DSLR camera may store thousands of photos, a roll of 35mm film can capture just 24 or 36 - so don’t get too snap-happy! The absence of an LCD screen also prevents you from checking shots once you’ve taken them to know if you should try again, and may take some getting used to.

2. Start with a disposable or instant camera

Affordable and easy to use, disposable cameras are a great way to dip your toes into the world of film photography without breaking the bank. Single use cameras let you practice framing and shooting without an LCD screen and experience what it’s like to have a relatively small number of shots at your disposal. They’ll also give you a taste of what it’s like to wait patiently while the lab is developing your film.

By learning the ropes on a disposable camera, you can make an informed choice about whether you want to progress to a more advanced model. If you decide that film photography isn’t for you, after all, then you won’t have spent a fortune on gear that you won’t use.

Top Tip: Don’t want to wait for your film to be developed? Try an instant camera instead! That way, you’ll be able to view your images within minutes, instead of days, if not weeks. 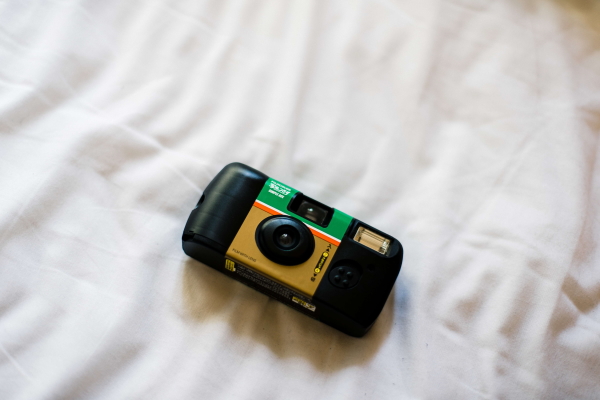 3. Graduate to a real film camera

Like their digital counterparts, SLR film cameras feature different levels of automation that can make it easier for beginners to take great photos straight off the bat. Better yet, many basic camera settings are the same across digital and film cameras, so you can use your previous digital photography experience to develop your film shooting skills.

Top Tip: As you’ll most likely be buying a secondhand camera, we recommend purchasing it from a reputable dealer that can offer some sort of warranty.

Most digital cameras allow you to change your ISO rating as you move between different shooting locations, allowing you to adapt to a range of shooting conditions. Unfortunately, film cameras don’t give you the same luxury. Choosing a low speed film such as ISO 200, for example, means you’ll have to use this speed until the roll is finished and you can replace it with another. This can be problematic if you suddenly find yourself shooting in lower light conditions.

To get around this, plan ahead and purchase your film carefully. 400 ISO film makes a good general purpose film that can shoot in most environments, while high speed film such as 800 ISO or higher is better for shooting at night or indoors.

When choosing film, also take into account the fact that you can’t swap your image from colour to black and white, and vice versa, when using film. You’ll need to choose which mode you want to use before the shoot, and be prepared to stick with it until the roll is finished. Just remember that you may need to shop around to find a lab that can still develop black and white film, while colour film processing facilities are more readily available.

Step back in time with film photography

Whether you’re a beginner or a digital photography enthusiast looking to branch out into analogue, film photography is a valuable addition to your photography arsenal. Learning how to use a film camera can help you take interesting images that are brimming with unique character. 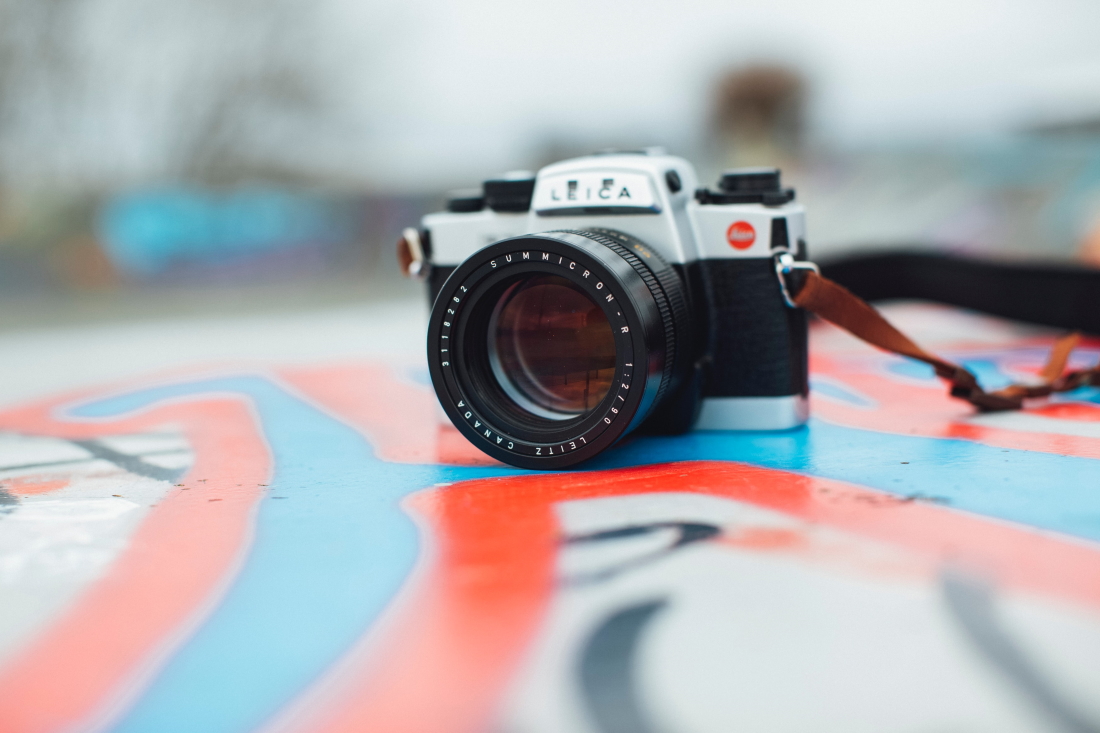