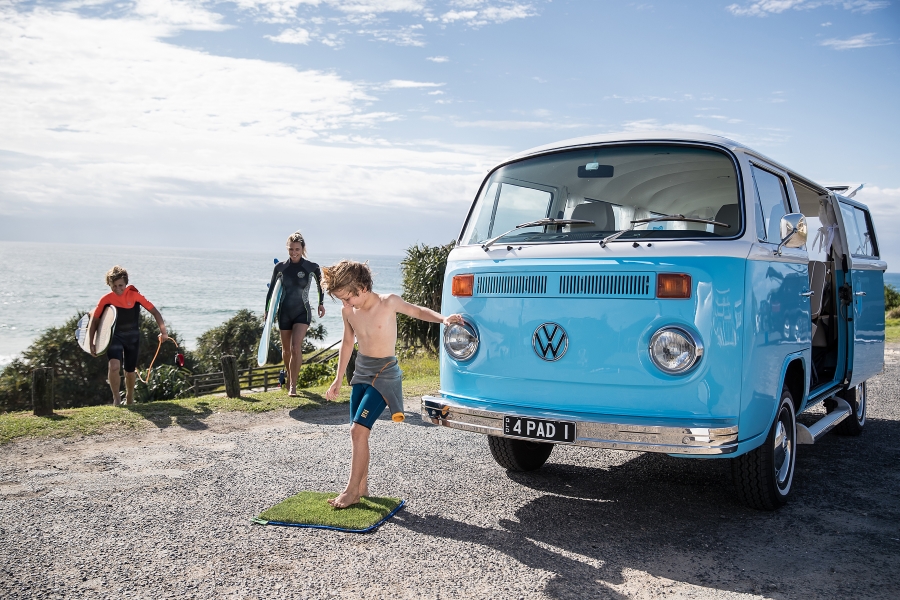 Multitasking while driving is nothing new. After all, how often do you listen to the radio or talk to the person sitting next to you while behind the wheel?

While this type of multitasking is to be expected, a recent study has found that Australians are doing much more than just chatting or listening to music while driving.

The following infographic shows us what else drivers are getting up to while on the road:

More than 25% of Australians multitask while driving

The research, conducted by Carzoo, included responses from over 1,000 Australian drivers aged 18 to 65+, who were asked two questions about their driving habits.

Respondents were not only asked whether or not they multitasked, to which a surprising 26.6% indicated that they did, but they were also questioned about the frequency with which they did so. Of those drivers who admitted to multitasking, 41.3% did so only when stopped at a light, 38% maybe now and then, and 20.7% did so all the time.

Previous studies have often indicated the dangers of multitasking while driving, with one finding that those who attempt to focus on two visual challenges, i.e., watching the road and reading a text, experience a 50% decrease in their ability to concentrate.

However, another study revealed that people often overestimate their own multitasking abilities, failing to recognise their own limits, with those who thought they were good at it actually being the worst at it. This would seem to explain why so many drivers are choosing to conduct other activities while driving.

What Australians do behind the wheel

The study also revealed some fascinating (and surprising!) insights when the respondents were asked what sort of activities they did while driving.

The most common activity drivers are guilty of doing while behind the wheel? It appears the answer to that is eating, with 75.1% of those who multitasked admitting to enjoying a bite to eat while driving.

While this may not seem like a particularly distracting activity, according to research, drivers who are eating have a 44% slower reaction time and are 18% more likely to have poor lane control.

Mornings are always hectic, and sometimes there’s not enough time to get ourselves ready before we need to head out the door. Therefore, a woman putting on her makeup on the road is a common sight.

This study found that 18% of women put makeup on while driving, with those aged 25-34 being the most popular age group, making up 25% of respondents.

However impractical and ridiculous this may seem, nearly one in 10 male drivers admitted to brushing their teeth while driving. This is extremely dangerous, as, at the fast speeds our cars are travelling, there can be a very high risk of a fatal accident.

Younger male drivers are the most guilty of this habit, with 18% of male respondents aged 18-24 admitting to having changed their clothes while driving. This behaviour is highly dangerous in many ways, as you are not only distracted by having to reach for your other clothes, but you are also partially blindfolded if you take off your shirt.

This is not the only study to deliver shocking results concerning Australian driving habits. A similar survey conducted by the Australian Road Safety Foundation and Bob Jane T-Marts discovered that more than half of the 1,001 Australian respondents used their phone while behind the wheel, as reported by The Herald Sun.

Not only is it incredibly dangerous to use your phone, but in many cases, it is also illegal. Current laws state that fully licensed drivers are only allowed to use their phone as a sat nav, to make a call, or play music if the mobile does not require hand operation and is set in a fixed cradle.

Considering how much your concentration is affected by other visual stimuli, the last thing you should be doing while behind the wheel is reading or watching videos. Unfortunately, 6.5% of drivers admitted to doing so.

This study demonstrates that we still have a long way to go to raise awareness about the very real dangers of multitasking while behind the wheel, even if you feel confident you can do so.