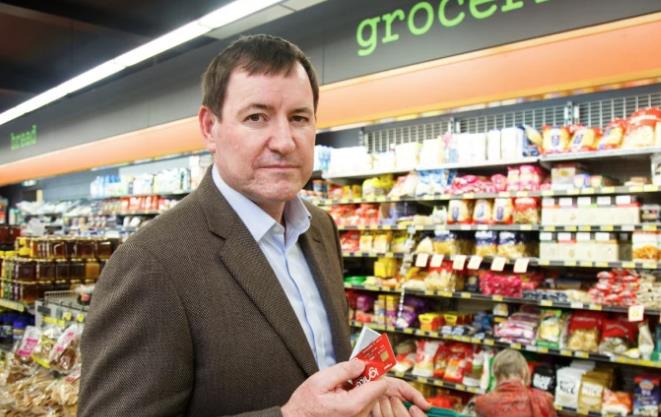 The Queensland businessman who led the successful consumer push to reduce high and unnecessary credit card surcharges has a new passion project - the eye health of all Australians.

Klaus Bartosch is part tech entrepreneur, part businessman, part social justice warrior, crusader and agitator. In his spare time, he’s an active cyclist and has raised over $1.6m for cancer research. He’s also a board member of startup Soldier.ly which aims to massively reduce stress and suicide in the world especially amongst our service men and women.

Feeling aggrieved four years ago at the ridiculous impost of credit card surcharges, Bartosch started a change.org petition to overturn the charges. Before too long, he was giving evidence on behalf of consumers before a Senate Committee in Canberra and the rest is history.

Fast forward to 2019 and Bartosch has a new mission - to get all Australians, but particularly those over forty, to get their eyes checked regularly.

“We visit the doctor and the dentist yet our eyes are being ignored,” Bartosch said.

“Take a straw poll and the sense that most of us would never want to lose would be sight.

“It’s always struck me as very odd that from a very young age we go to the dentist, even for routine check-ups, but that seemingly doesn’t apply to our sight. No-one has been able to properly explain that to me.”

"As a cancer survivor, I know the importance of early intervention. It’s literally saved my life, not once, but twice.”

“I’ve had melanoma and leukaemia and if I hadn’t booked an appointment online through myhealth1st.com.au to see my doctor for a check-up, who caught everything early, I wouldn’t be here.”

As part of the expansion of MyHealth1st which is now also the #1 platform for independent optometrists, Mr Bartosch has launched a national early intervention campaign to reduce the alarming incidence of blindness and vision loss in people over 40.

“We’re calling it EyeHealth1st and the idea is to prompt more Australians to get their eyes checked before it’s too late. Simply visit eyehealth1st.com.au and in a few seconds you will have booked an appointment with an optometrist in your area."

Mr Bartosch said the outlook for our eye health was grim which especially applies to Australia’s growing ageing population. He said by 2020 more than 800 thousand people were expected to experience vision loss or blindness in Australia.

“Here’s the thing - 90 per cent of vision loss is preventable or treatable with early detection. The problem is, not enough of us take eye health seriously enough. Typically, by the time you realise something is wrong, it’s too late.”

“There are five major eye diseases responsible for 80 per cent of vision loss or blindness. Glaucoma for example is called the ‘sneak thief of sight’ because it has no symptoms during the early stages.”

“It a combination of a lack of education in the market and apathy that is the principle reason that all of us over 40 aren’t seeing an optometrist every couple of years.”

“The aim of EyeHealth1st is to drive greater awareness around the importance of regular eye health checks and early detection, but also to help educate the market that independent optometrists are leaders in eye health. Let’s not lose sight of what’s important.”

“From a young age we’re taught to look after our teeth. We need to have the same mindset for looking after our eyes. And if you are under 40, ask your parents and grandparents when they last had an eye check?”

Mr Bartosch has teamed up with most of the nation’s independent optometrists to drive awareness around this important issue, and initial launch partners include Glaucoma Australia, Optometry Giving Sight and myDr.com.au. EyeHealth1st aims to reach 5 million Australians every month.

“Getting your eyes checked every couple of years is very important, particularly if you’re 40 years or older.

“But it’s also important to make sure you see the same optometrist each time. Everyone has different vision and having that consistency of care means the optometrist can get to know what’s normal for you and track any changes to your vision over time.”

To find your nearest optometrist and book an eye test now, go to eyehealth1st.com.au