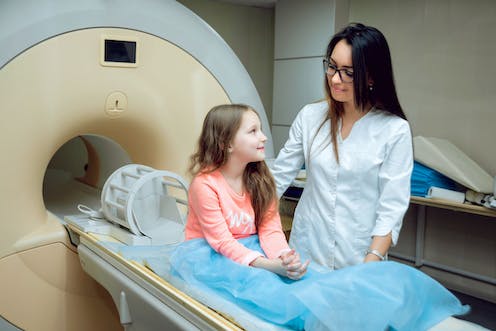 Survival rates for childhood brain cancer have not improved for decades.from shutterstock.com

Brain cancers are the leading disease-related cause of death in Australian children. And survival rates have changed little in decades. As a paediatric oncologist, the worst conversation I can have with my patients or their parents is to tell them their tumour is incurable.

Last week, the federal government announced the Australian Brain Cancer Mission, with a A$100 million injection for research to double survival rates and improve quality of life for people living with brain cancer over the next ten years. This is an important step forward.

My hope is that we can replicate for brain cancer what has been achieved for leukaemia. The survival rate for the most common form of childhood leukaemia was once zero but today it’s 85%. To achieve this outcome for brain tumour patients, we will need to adopt a similar strategy as with leukaemia.

In the first half of the last century, parents whose children were diagnosed with leukaemia were told to take them home to die. Then chemotherapy was introduced. In the early 1940s, the first chemotherapy trial in children used a drug called aminopterin, which suppresses the immune system.

In November 1947, Dr Sidney Farber, a pathologist at Children’s Hospital in Boston, discovered that aminopterin had a potent effect on leukaemia cells growing in the test tube. He tested aminopterin in 16 children with leukaemia and obtained temporary remission in ten of them. While this provided a glimmer of hope, it wasn’t a cure. After the treatment stopped, the cancer always came back. 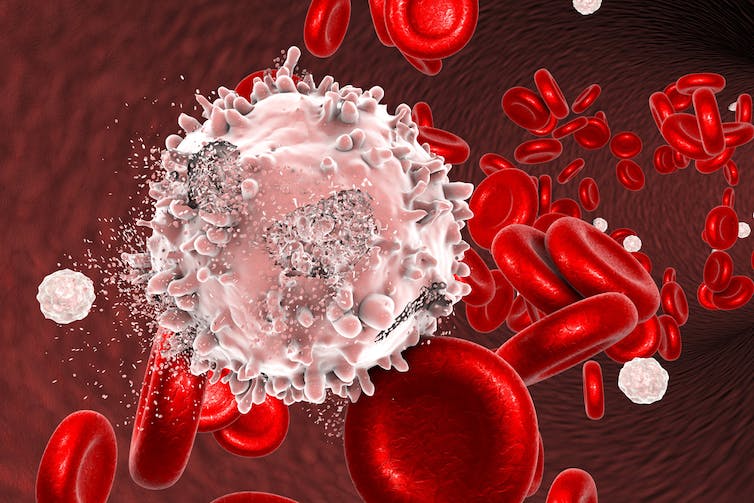 Aminopterin has a potent effect on leukaemia cells growing in a test tube.from shutterstock.com

A major breakthrough came in 1965 in the US with a combination of four drugs – vincristine, prednisone, methotrexate and 6-mercaptopurine – known as VAMP. These drugs all have different mechanisms of action and together were shown to induce long-term remissions in children with acute lymphoblastic leukaemia (ALL) – the most common form of childhood leukaemia.

Today it is a generally accepted rule of cancer treatment that drugs are more effective in combination than as single agents. In the period 1965-1979, childhood leukaemia death rates in the US fell 50% due to improvements in therapies like this, as well as other ongoing developments.

Read more: What is chemotherapy and how does it work?

The significant advances in the treatment of paediatric ALL have come, in large part, from the high participation rate of patients in clinical trials. But there are several other lessons that will help in our battle against brain cancer.

First, the initial and crucial discoveries in leukaemia treatments were made in the laboratory, using models that reflected the disease in humans. Until recently, these models have been lacking for paediatric brain tumours.

Second, leukaemia was not cured with any single magic bullet. Combination therapy made a radical difference to success rates.

Today children with leukaemia are cured by using intensive treatment with 10 to 12 different chemotherapeutic agents. Given brain cancer is even more aggressive than leukaemia, it is likely potent combinations will be needed to make a difference in outcomes.

Third, there was a seamless transition from the lab to clinical (human) trials in leukaemia. It was the same researcher running the laboratory who took his or her discoveries and started treating their own patients.

Read more: Childhood cancer deaths have fallen in Australia, but some types remain more of a challenge

Brain tumours may occur in or near critical areas of the brain. For instance, these areas may control speech, movement or even breathing, making surgery risky or impossible.

The most aggressive cancer in children is a type of brain tumour called Diffuse Intrinsic Pontine Glioma (DIPG), which remains completely incurable. Its sensitive location in the brainstem means the tumour cannot be removed surgically. Even biopsies are usually not performed.

Patients don’t respond to chemotherapy. The only standard therapy is radiation, which only temporarily delays disease progression. Most children do not survive more than one or two years after diagnosis. 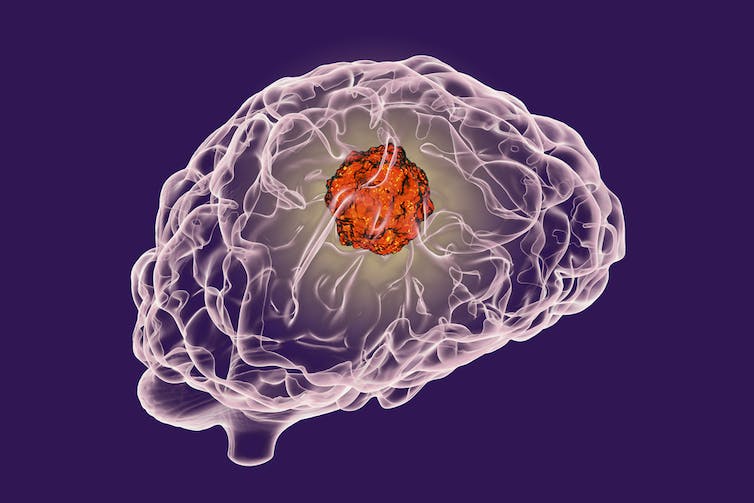 Brain cancer is difficult to treat because of the sensitive location of the tumours.from shutterstock.com

Even if drugs can be shown to work in the lab, a major challenge for drug treatments for brain cancers is the blood-brain barrier, a membrane that protects the brain from toxins but also stops access for many anti-cancer drugs. Very few drugs can make it across the barrier from the bloodstream to reach tumours. In tumours like DIPG, it seems the blood-brain barrier is particularly tight.

Read more: What is the blood-brain barrier and how can we overcome it?

One issue that has hampered medical research into childhood brain cancer treatments is a lack of tissue samples. Farber easily obtained leukaemia cells from the blood of his patients, which was central to making his discoveries. Collecting samples from brain tumour patients is much more risky and until recently had been considered impossible.

To address this my team started a donation program for parents to donate their child’s tumour after a child has died. We are also learning how to safely biopsy DIPG tumours. We have obtained 31 tumour samples to help investigate DIPG’s genetics and biology and to test potential treatments.

This is part of a global initiative that owes its existence in large part to the generosity of parents wanting to help other families. We have used this resource to screen more than 3,500 drugs, in one of the largest DIPG drug screens. As a result, we have identified five active drugs that cross the blood-brain barrier and have anti-DIPG activity.

Funding for brain tumour research will help ensure discoveries made from efforts like this can be rapidly translated to clinical trials to help children who need new treatment options. To achieve this, it is critical that funding goes to support intensive laboratory research, as well as the clinical trial infrastructure needed to bring these discoveries directly to the patients.

Last but not least, personalised medicine holds great hope for children with brain cancer, offering the opportunity to exploit each tumour’s distinctive molecular and genetic features. We have conducted a pilot personalised medicine study for Australian children with high-risk cancers, through the Zero Childhood Cancer program led by the Children’s Cancer Institute and Sydney Children’s Hospital, Randwick.

About half the children in this study had brain tumours – highlighting that this remains a critical area in need of more research and new treatments.

In mid-September, we opened a national clinical trial that will enrol up to 400 children with high-risk cancers over the next three years. We expect children with brain cancers will be one of the biggest groups of patients on the trial.

We hope the program will not only help individual children but that lessons learnt from the trial will be used to discover and test future treatments for brain cancer, boosting survival further.