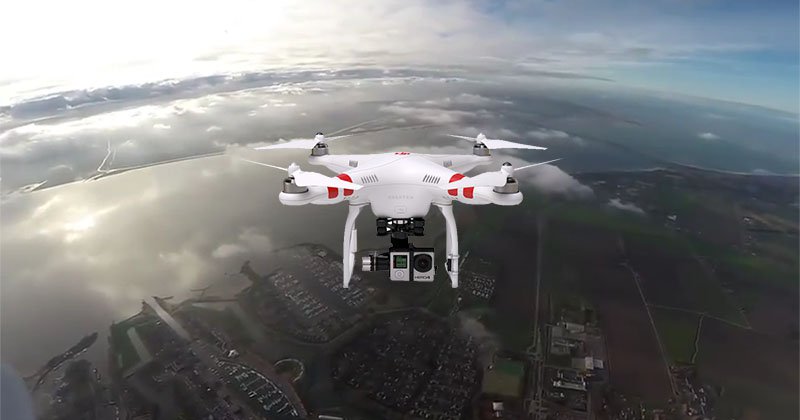 Since drones as a whole are very new to the scenario of today, not much can be really about how they may or may not affect our future. This is the exact reason why more and more companies are doing groundbreaking research on a daily basis as well as looking at ways to bring them into our everyday lives. After all, the question of the scenario in which drones become rather commonplace becoming a reality is only a matter of time.

Once that happens, surely the risks of accidents and crashes in the case of drones will amplify. David Newton, A U.K based videographer as well as photographer summed it up rather well “The reality with drones is that at some point, something will go wrong and it will crash. They’re a lot like hard drives in that they exist in two states - those that have failed and those that are going to fail.” In that regard, things can certainly get a bit dicey if one isn’t careful enough.

On that note, let’s take a look at some of the top safety tips while drone flying :-

Ultimately, drone flying might seem like a whole lot of unabashed fun, but that doesn’t mean that you don’t need to be careful either. You may be a thorough professional with drones, but a little something called common sense isn’t exactly ingrained in most people's minds either. There have been enough examples of people behaving in a stupid manner by throwing caution to the wind. Unless you happen to have a racing drone, there’s really no need for you to push the throttle to the max. Unfortunately this will only lead to the government clamping down by passing tough and rigid laws on drone flying as a whole.