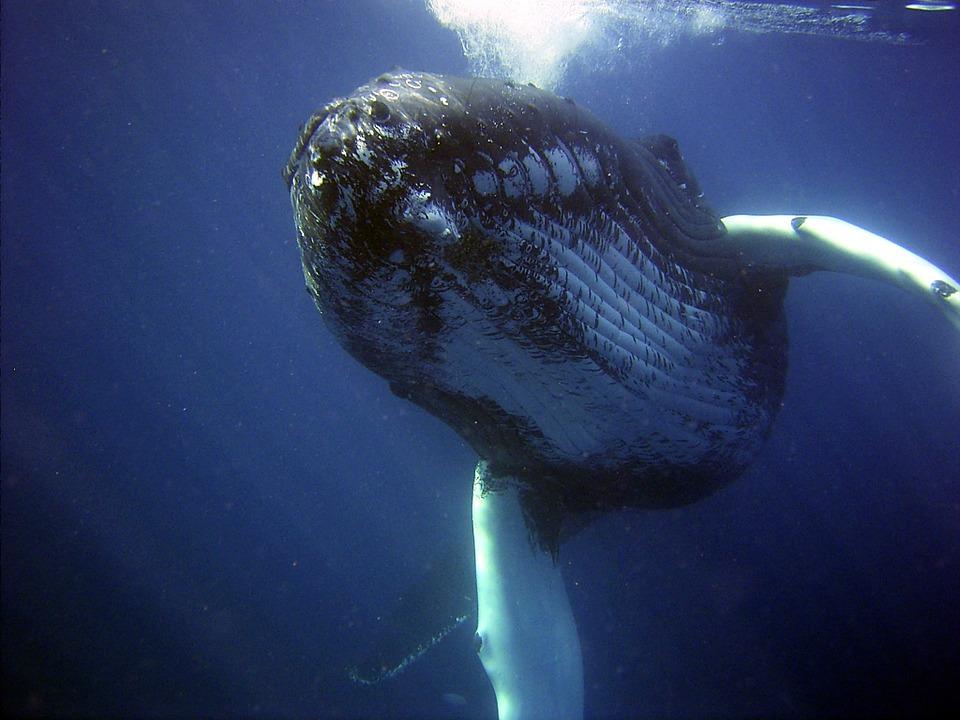 You probably have seen humpback whales on National Geographic, in books, or up close and personal in their natural habitat. Of course, you know them as huge creatures - about the size of a school bus or probably larger - known for their captivating and melodic songs and with their acrobatic abilities every time they do the ‘’breaching” high out of the water and slapping the water with their weight as they come back down.

Their enormous weight and proclivity to singing and acrobatics aside, there are more interesting facts you should know about humpback whales. So, before you go whale watching, it is essential that you find out more about this giant in the ocean than the facts above.

Humpback Whales Have No Teeth

Yes, you heard it right. Humpback whales don’t have teeth! What you see on TV and in pictures that resembles teeth are what is called baleen plates. Baleen is a sturdy but flexible material that is protein-made the same as hair. These plates serve as a filter that separates the water from their favourite tiny crustacean foods such as krills.

They Not Only Have One But Two Blow Holes

Humpback whales have two blowholes, one for each of their lungs. And do you know how large are those lungs? Just about the size of a small automobile! In addition to that, humpback whales think about their breathing, unlike humans who breathe involuntarily. When sleeping, they will shut off half of their brain for them to sleep while still breathing.

Even though humpback whales are aquatic creatures, they are mammals. Female whales give birth to their young, with pregnancies lasting about a year. Adult females give birth once every two or three years. Due to their size, a baby whale needs about 100 pounds of milk per day to live.

Female Humpbacks Are Bigger Than Males

A female humpback whale can measure as long as 50 feet, while the males are usually 10 feet shorter than their female counterparts. When it comes to the size of flippers, females have as much as one-third of their total length, with tails measuring up to 18 feet wide.

Bubble netting is a hunting technique peculiar to humpback whales, and it takes a group effort for it to be successful. Some whales will gather around their prey and blow bubbles, which causes their victim to form a group, while others produce loud noises to scare their prey and cause them to move towards the water surface. Once their target moves to the water surface, they swim towards them with their mouths wide open and try to eat as many fishes as possible.

Humpback whales do their hunting during summer in cold waters, and they went fasting during their mating season so they can focus on migration and look for their mate. Their diet includes fish, shrimp, krill, plankton, and larvae.

They Sing, But They Don’t Have Vocal Cords

You heard it right, again. Though these great sea creatures are known for their singing, humpback whales don’t have vocal cords. What’s weirder is that this entire singing process takes place internally despite the absence of vocal cords.

According to a study, it’s believed that humpbacks produce sound by controlling air as it goes through various tubes and chambers in their body. And what’s more, humpback whales don’t create these sounds because they love to sing, but they are issuing threats when doing this.

They Migrate 16,000 Miles in an Average Season

Most sea creatures migrate either to look for food or a mate, and this is particularly the case for humpback whales. But this is one of the species that migrate farther than the most. Humpback whales go as far as 16,000 miles according to their two annual seasons. Summer months are usually their feeding season, while winter months is their mating season.

They Are Slow Swimmers

Humpback whales are slow swimmers. It is the reason why a lot of people see them up-close during whale watching tours. They can swim at 6 to 15 km/h most of the time but can reach 25 to 27 km/h when necessary. Though they swim as this slow, one thing remarkable about them is that they rarely stop.

Indeed, humpback whales are unique and interesting creatures. Despite their massive size, they are gentle giants. It is certainly to our advantage that we know more about them and we take a glimpse of them for us to see what wonders they can inspire in us.

Shiela Apura is a writer and a blogger. She takes particular interest in wildlife, especially about various sea creatures. In her free time, she loves to go swimming and diving.