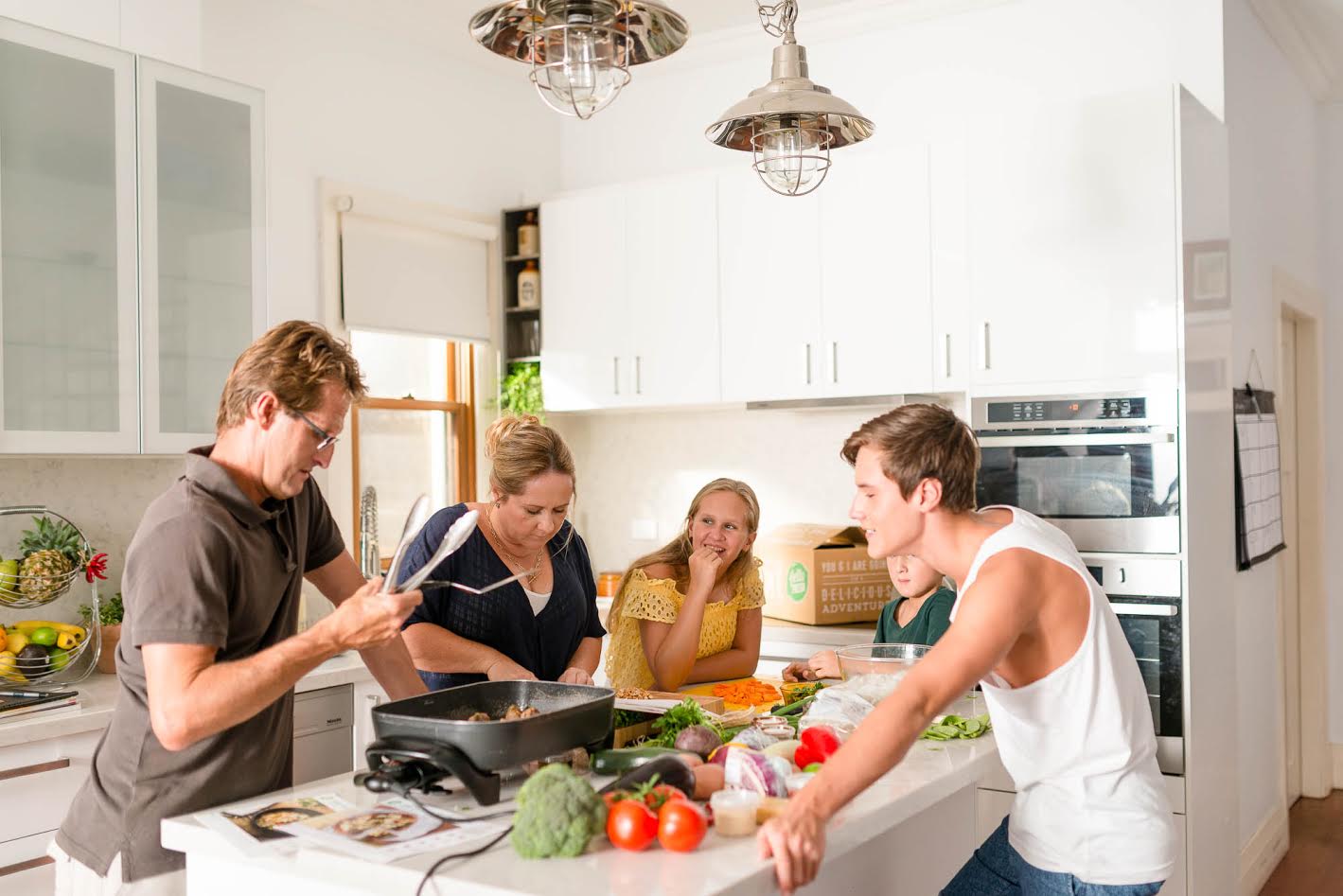 How should we feel when we step into the kitchen? Inspired? Adventurous? Relaxed?

According to new research, the reality is more like stressed, anxious and guilty.

Although the phenomenal popularity of food media is often framed as inspiration for home cooking, four out of five Australians (81 percent) feel the shows have led to unrealistic expectations.

The report, by recipe kit delivery service HelloFresh, found that while 87 percent of the nation want to be more adventurous in the kitchen, growing expectations and busy lives mean that two thirds of Australians (68 percent) have less than ten recipes in their repertoire and one in five of us even have set meals for some or every day of the week.

More than two in three Australians (68 percent) said they felt too busy to find meals that their whole family will enjoy and almost half (44 percent) admitted that deciding what to cook was the most common disagreement in their household.

What’s more, over half (54 percent) of those polled said that throwing a dinner party or cooking for their household was more stressful than going to work.

Former Masterchef contestant and HelloFresh CEO Tom Rutledge said the study was commissioned as part of the company’s new campaign to explore Australian dinnertime and encourage households to cook and eat together.

“Two thirds of Australians (66 percent) said they felt the idea of a formal dinnertime has become a thing of the past, that makes us really sad. Home cooks are obviously feeling the pressure of having multiple commitments and this coupled with high expectations from cooking shows and other food inspiration has meant many of us feel what we’re serving up isn’t good enough.”

Further to feeling stressed about what to cook and catering to fussy eaters, over a third (36 percent) of Australians surveyed felt guilty about not cooking enough healthy meals for their household’s weeknight dinners and another 29 percent felt guilty about cooking the same meals week after week.

“The desire to cook meals from scratch is there, almost three in four of us (74 percent) are likely to prepare five or more dinners at home. It’s the planning, shopping and trying to please everyone that is tripping many of us up.”

HelloFresh was the first to launch the meal kit concept in Australia, delivering pre-portioned fresh ingredients and quick, healthy recipes for dinners each week. The company has grown from Rutledge’s own kitchen in Sydney to serve up millions of meals each year via its meal kit boxes to six states and territories including NSW, SA, VIC, ACT and QLD with deliveries to Darwin commencing last week.

“There are physical and emotional benefits of sitting around a table, discussing the day; food can bring people together. We understand it’s important that cooking remains recreational and restorative, even in the busiest weeks,” Rutledge said.

The company’s new campaign, which launches this week, takes a documentary style look at the art of weeknight cooking in three real Australian homes starring non-actors.

Bronte mother Emily Velder who features in the advertisement at home with her husband and three children had been a meal box customer for six months, saying she signed up for HelloFresh after realising the question “what’s for dinner” had become one of the most stressful moments in her day.

“I’d still be working but my phone would go at around 4pm every day without fail from someone in the house asking me what I was making that night. It was becoming diabolical, everyone would come home famished and i’d often be rushing to the shops or chucking something together last minute as soon as I got in the door,” she said.

Like the 87 percent of the Australians surveyed, she said her children Billy Jack, 14, Annie Rose, 13 and Daniel, 10, wanted to try new things and that the three had taken an interest in helping in the kitchen since the recipe kits started to arrive.

“Their palates have become so much more exotic. There’s a bit of excitement when the box arrives and they learn what we’ll be eating that week and they’ve started getting involved - my youngest often reads me the steps or I just give him one of the steps to do.”

She said her family’s portrayal in the ad was accurate with the recipe cooked just once during filming.

“It’s completely unscripted, the kids weren’t bothered with the crew there,” Mrs Velder said. It’s just our normal, goofy family and I think it shows the positive effect cooking together and having a plan has had on us.”

View the HelloFresh campaign at www.youtube.com/hellofreshau.