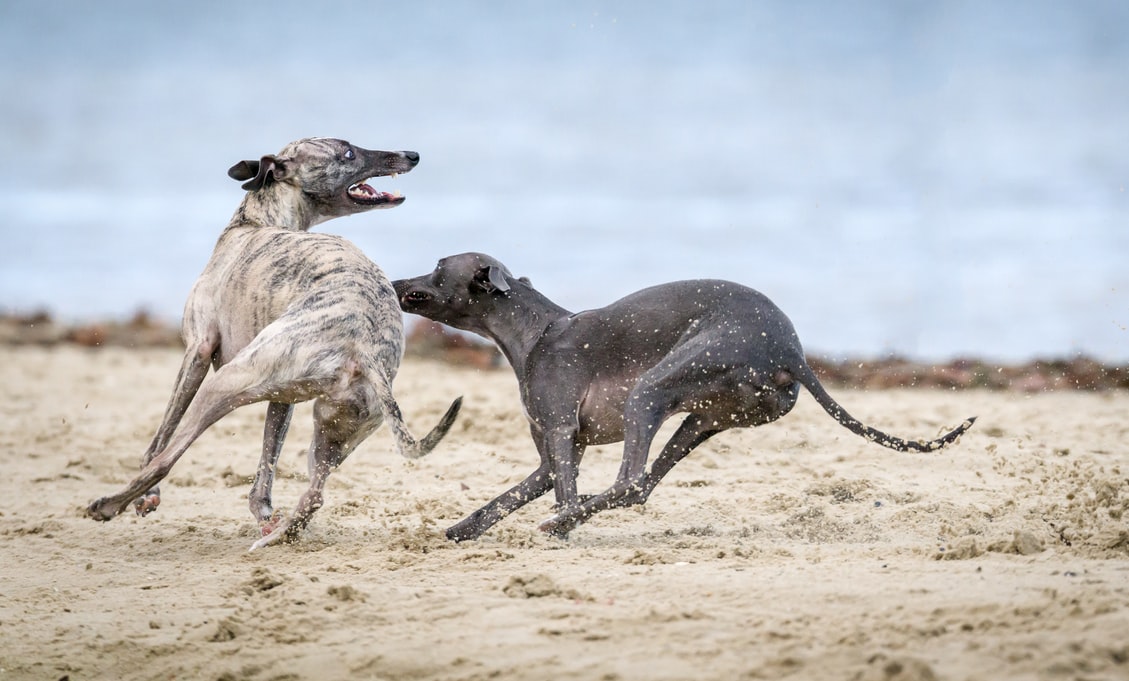 Many claim that the history of betting on dog racing, now known as greyhound racing, goes way back to the Egyptian civilization. Greyhounds were a beloved race of the Egyptians. There are frescoes in Egypt depicting lavish dog races in 2500 BCE to confirm this.

Ties between nobles and greyhounds continued throughout the Middle Ages. At that time, this race was a favorite among the aristocracy. Many believe that the Romans brought hunting to Britain. However, there is evidence that “coursing” (a common hunting technique) was already popular among the Celts who lived in Europe at the time of the Roman invasion. Finally, in the 16th century, Queen Elizabeth I decided to promote greyhound racing and introduce games in which spectators can bet on a winner.

Dog races aspired to be seen as elite, glamorous, and on par with their traditional rival, horse racing. Two dogs were involved in a race at the time. Over time, as the sport began to gain in popularity, instead of two, the number of dogs rose to 8.

From the First Official Dog Race to the Entertainment of Millions

The history of betting on dog races is long. In Norfolk, England, the first recognized greyhound race took place in 1776. The Swaffham Coursing Society's regulation stated that only two greyhounds could chase a rabbit (hare) and that it should have a 240-yard (220-meter) advantage in the race. However, the sport as we know it today, with circular trails and an artificial, mechanical hare as ‘prey’ appeared in the United States during the 1920s. At that time, the first bets were made.

Who is the person responsible for the invention of the mechanical rabbit? It is an American Owen P. Smith. He came up with the idea to make a mechanical rabbit for one reason only. Namely, his goal was that this entertainment industry stops killing rabbits so that the masses would look at dog races with the same eyes they watch horse races.

In 1919, Smith opened the first professional dog track with grandstands in Emeryville, California - the Emeryville Arena - which was demolished in February 1920 to make way for a modern racetrack that will use mechanical bait, described in the newspapers as the “automatic rabbit”. The first race in the new venue was on Saturday, May 29, 1920. By 1930, 67 dog tracks had opened across America - all of which were legal. Dog races then extended to Ireland, Belgium, Australia, and Mexico, among other countries.

How Dog Racing Went From Illegal to Legal

The first U.S. state to allow dog racing to function legally was Florida. In 1931, the local government passed a Pari-Mutuel Betting Law, although Governor Doyle E. Carlton vetoed it. Pari-mutuel betting is a form of betting in which all bets go to the same fund. They are divided equally among those who make the winning bet with the deduction of taxes by a house that is usually a state organization or a private company.

By 1935, there were 10 licensed trails in Florida. In 1933 and 1934, respectively, Oregon and Massachusetts became the next states to legalize dog races. New York Governor Herbert H. Lehmann was not a fan of dog racing and, in 1937, he vetoed this type of entertainment. In the neighboring state of New Jersey, lawmakers granted a temporary or trial permit for dog races in 1934. However, the state’s Supreme Court declared it unconstitutional a year later. And in 1939, Arizona became the fourth state to legalize dog racing.

Although church groups, civic, and humanitarian organizations protested, the new dog racing industry continued to grow. Colorado and South Dakota legalized it in 1949, and Arkansas did the same in 1957. However, the indignation of those who were against dog racing only grew. It went so far that for years the newspapers in Memphis did not accept paid advertisements related to this type of entertainment.

During the 1970s and 1980s, dog racing was legalized in the following states: Alabama, Connecticut, Iowa, Idaho, New Hampshire, Nevada, Rhode Island, Texas, Vermont, West Virginia, and Wisconsin. With legal and operational dog tracks in 19 states, dog races have reached their peak. You have to admit that the history of betting on dog races, which led to betting at the best Australian bookies on Bookmaker-Expert.com now, is very interesting…

Dog racing was formerly ranked as the country's sixth most popular sport activity. Of course, they were suitable for numerous malversations. The biggest match-fixing scandals are the best indicator that anything is possible in sports and betting.

Numerous track owners have placed promotional activities to increase interest in the sport - from the appearance of winners in beauty contests to the use of monkeys as jockeys. The animals sometimes trembled with fear during such performances, which is why local societies stopped this type of animal abuse.

There were music parties, live radio shows, as well as numerous other promotions - all just to make the dog races gain as many fans as possible. Supporters of dog races, on the other hand, would refuse to allow the races to be shown on television for fear of losing bettors. This decision put dog racing in a worse position than horse racing.

Dog racing has also begun to be associated with organized crime. Al Capone was interested in horse racing, but also in breeding clubs. Stories of embezzlement and suspicious practices prompted the U.S. Senate Special Committee in 1950 to launch an investigation into organized crime. It learned that mobsters in Chicago infiltrated the dog tracks in Florida, controlled the state race commission, and directed illegal contributions to politicians. More conflicts arose in the industry itself when breeders and everyone who worked on dog trails went on strike several times! They wanted more justice in reservations and a larger stake for their dogs in 1935, 1948, 1957, and 1975.

The strikes from 1948 were led by the Association of Greyhound Owners, following the example of similar groups that worked successfully in the horse racing industry. In 1975, there were several major strikes in several countries, but none were successful.

The United Kingdom Is Fascinated by Greyhound Racing

By 1926, the sport was introduced to the United Kingdom by another American named Charles A. Munn. Greyhound racing was at one time the largest and most-watched sport in the United Kingdom. The audience enjoyed it almost as much as they enjoyed football.

Did you know that in 1946 there were 34 million spectators who took part in betting on dog races? In addition, there were over 77 registered trails and 200 independent trails across the country, 33 of which were in London alone. This type of entertainment has taken off among almost all betting fans. However, at one point there were those who spoke publicly about animal abuse as well as their inhumane treatment. Still, that did not stop the most ardent fans from continuing to enjoy dog racing.

In 2000, the first online bookmakers opened that allowed players to bet on dog races from anywhere on the planet. Online greyhound racing betting platforms offer videos with exclusive licenses for greyhound racing rights as well as 3D horse racing.

Horse and dog races in HD enabled bets on pre-recorded events. Players have a wide range of events to bet on at any time: 24 hours a day, 365 days a year! The history of betting on dog racing has gained a whole new dimension with the introduction of new technologies in the world of gambling.

The Cruel Truth Came to Light

The dog racing industry at one point became one of the most hated. Why? Numerous controversies have arisen regarding the breeding as well as the treatment of racing dogs. The harsh truth has been told. Because of these cruel races, thousands of dogs died every year. Some died because of “selective mating” even before they even stepped on the track.

Various diseases and numerous injuries, heart attacks, and heat strokes took many lives because, unfortunately, each of these dogs was forced to compete in terrible and inhumane conditions. Another scary fact is that those dogs that stop meeting the criteria for racing are killed or sold to laboratories as guinea pigs for experiments.

In part, dog races began to decline due to the realization that dogs were treated cruelly and inhumanely at these racetracks. Between 2001 and 2014, the total amount invested in dog racing fell by 70 %. State tax revenues from dog racing fell 82 % over the same time period.

In the end, we cannot help but wonder if dog racing is an industry that is slowly but surely dying out?