NSW has once again been named the number one destination in Australia, with a record 3.3 million international visitors, and the State welcoming almost 1.1 million visitors more than either Victoria or Queensland during the last 12 months. 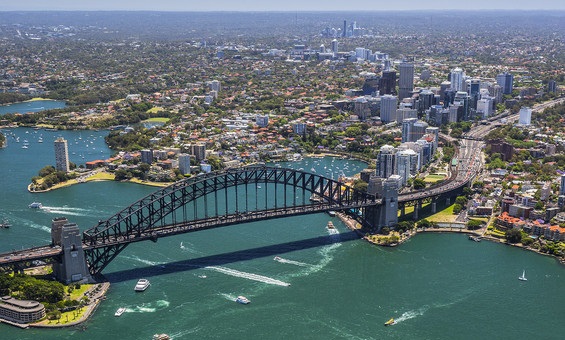 Minister for Trade, Tourism and Major Events Stuart Ayres said the latest International Visitor Survey (IVS) results confirm NSW is still Australia's number one destination, with international visitation worth almost $7.5 billion to the State's economy in the year ending March 2015 – an increase of 9 per cent on the previous year.

“NSW is still number one for visitors – there were 3.3 million visitors to our great State in the last year, up 7 per cent. This compares to Victoria and Queensland that both recorded around 2.2 million visitors during the year,” Mr Ayres said.

Valley up by 14 per cent and Blue Mountains up by 15 per cent,” Mr Ayres added.

Three important visitor markets also recorded significant growth, with China up 19 per cent, USA up 8 per cent, India up 23 per cent and Germany up 12 per cent. China remained the top market for international guests to NSW with 500,000 visitors, and there were almost 400,000 visitors from New Zealand. The United Kingdom remained third, with around 340,000 visitors to NSW.

Destination NSW Chief Executive Officer Sandra Chipchase said the results show that the NSW Government's initiatives to attract more visitors from around the world are working.

“The latest results demonstrate our success in ensuring NSW remains Australia's number one destination, and with a fantastic line up of events coming this year including the NRL Grand Final, the 2015 Netball World Cup, Matilda: The Musical and Rally Australia in Coffs Harbour, we will continue to attract visitors to our great state.”